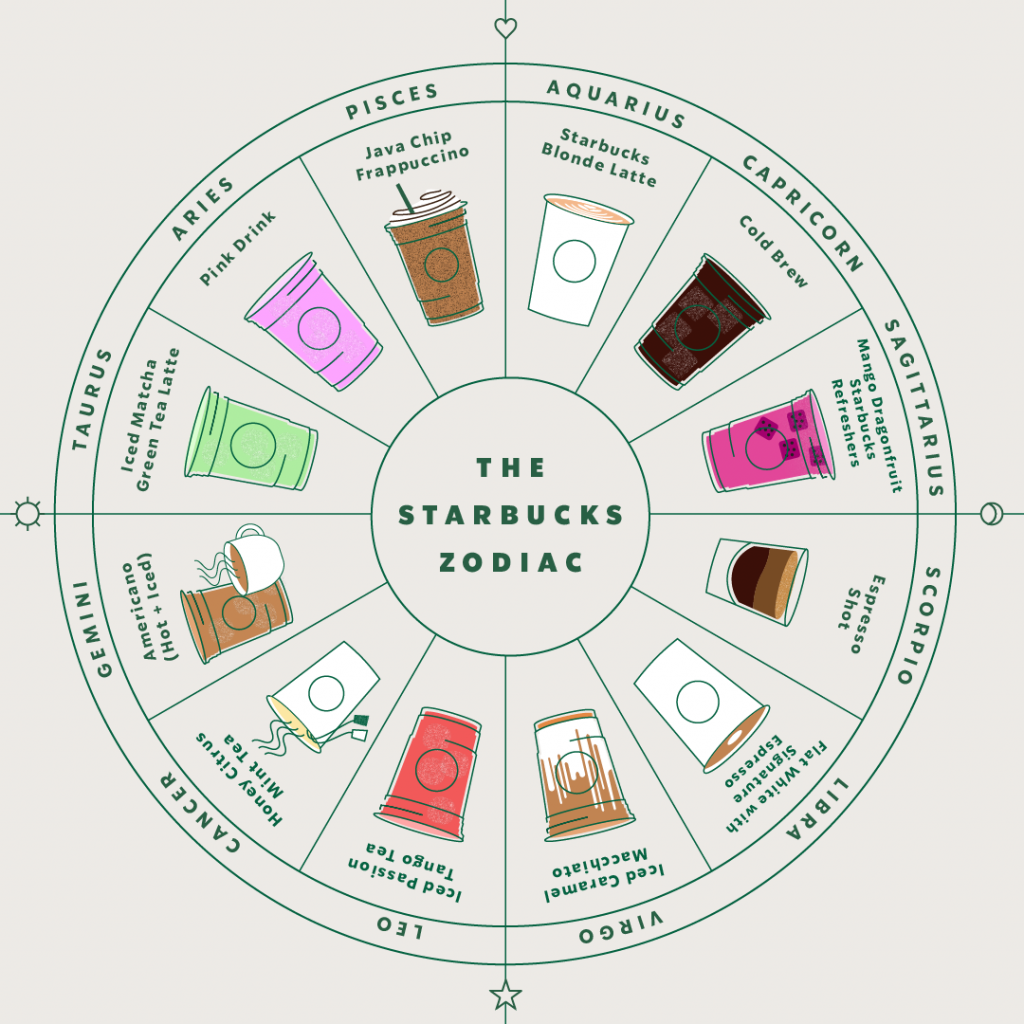 A friend and I had an argument recently stemming from an advertisement we saw—both of us were convinced we were a cold brew, not a Mango Dragonfruit Refesher (me) or Java Chip Frappuccino (him) like the ad implied. For a squabble over cold beverage identities, it got pretty heated and resulted in a couple of things. One: I learned about the strong feelings I had towards a non-alcoholic drink. And two: we both found out about a bunch of items at Starbucks. All in all, the ad won.

Since the advent of modern-day marketing, advertisers have employed countless tactics in an effort to sling everything from soda to cigarettes. Some of these campaigns have been immensely successful, highlighting social issues and giving them a worldwide platform, others were controversial, spurring an unwarranted amount of backlash, while others missed the mark altogether. But over the course of the past year, a new means of pushing product has emerged and spread across the commercial marketplace: astrology. 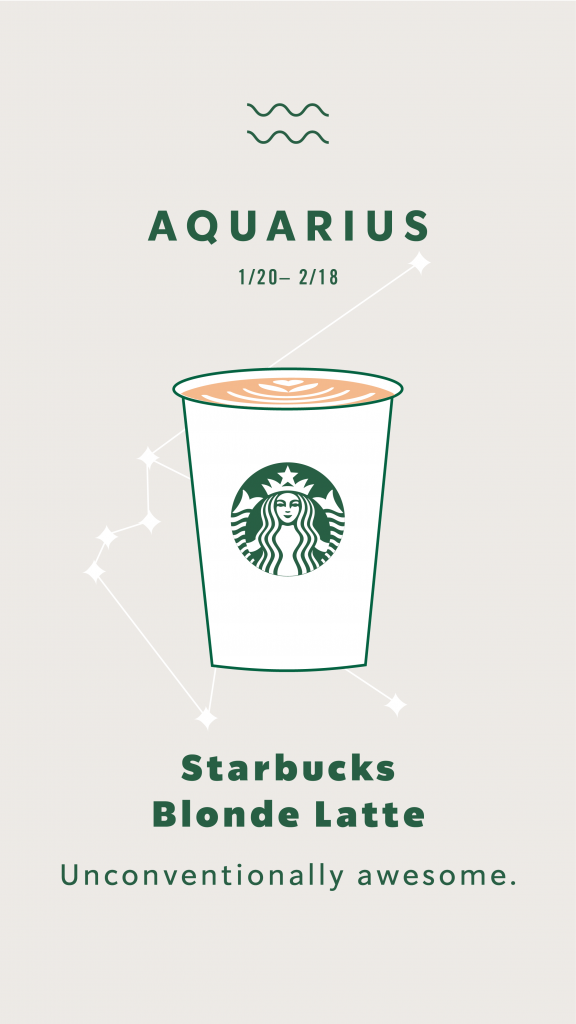 Stamped on jewelry and clothing, used to drive streaming numbers and sell beverages, the horoscope is the freshly anointed darling of brand advertising in 2019, and—to the brands’ credit—is an undeniably brilliant marketing tactic. Unlike a preference for a certain color, or pattern, or material, astrological signs pertain to all of us because, well, we were all born. Unless you grew up in an alternative household, before the age of the internet the zodiac was pretty much relegated to new age bookstores. The largest representation in major stores across the country during the late nineties and early aughts were birthstones, which could be seen in studded earrings on acrylic rotating displays in every suburban Mervyn’s. But that was mostly the gist of it.

As Mervyn’s began to disappear from the landscape so did birthstones and things seemed quiet on the zodiac marketing front until recent times, when phrases of the trade like “it’s Scorpio season,” and the biggest player of them all, “Mercury in retrograde,” began seeping into everyday vernacular. In March 2018, Time ran an article titled “Mercury Is Entering Retrograde Again. This Is Why So Many People Care,” in which writer Wilder Davies attempts to find the cultural tipping point of the increasingly popular phrase, outlining the history of astrology in the process.

Among other things, Wilder points to the horoscope’s rise in the zeitgeist over the years, from the 1960s when Linda Goodman’s Sun Signs was a bestseller, to the 1980s when newspapers had call lines that gave people personalized horoscopes. And then came the internet and social media.

Not all Geminis, an Instagram astrology meme account, has over 400,000 followers. Posts on the account range from Venn diagrams of type 1 or type 2 of the signs, signs as board games, Benito Skinner videos, and pretty much anything else you can imagine. The account is among the most popular but is one of many of a similar vein that have been cropping up regularly on the platform. Aside from Instagram, a host of astrology apps have also gone mainstream. And non-astrology apps are getting in on the action, as well. 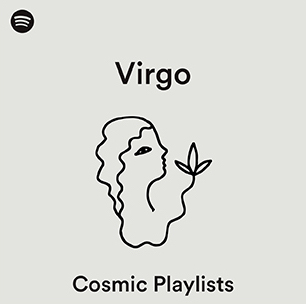 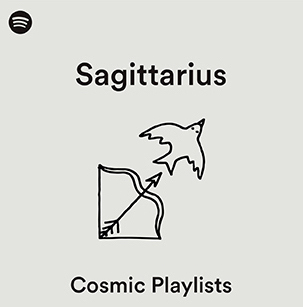 On January 20, timed with the super blood wolf moon, Spotify launched its Cosmic Playlists. An excerpt from Spotify’s official press release reads: “New for Spotify in 2019—a guest astrologer. The cultural obsession around astrology has made its mark, attracting more and more people who use horoscope readings as a way to reflect and find direction in their lives. Music can provide that same effect, and that’s why Spotify is working with celebrity astrologer Chani Nicholas to create their new Cosmic Playlists.” Spotify would not release data on the playlists or offer an interview, but the illustrator for the project was able to shed some light on the process.

Rachel Howe (@smallspells on Instagram) Los Angeles-based artist, Reiki healer, and Tarot reader says the streaming giant was mostly hands-off. “For the signs, I tried to give them a unique twist and make them different, but still keep them accurate,” she says. “I was given free rein and received minimal feedback.” She feels Spotify executed the project well, “the fact that they brought on Chani is huge because she’s so well respected.” While she hasn’t noticed an uptick in fans and followers since the project, Howe knows from experience that people who are just jumping on a trend don’t tend to stick around. “There was a blurb about me on Vogue.com several years ago and a couple of girls contacted me for a Tarot reading and never showed up.” But not everyone’s the same. “If people are interested in astrology and are trying to deepen their understanding of the world and themselves then that’s a positive thing. People have different entry points. Maybe seeing the horoscope at Starbucks legitimizes things for them.” 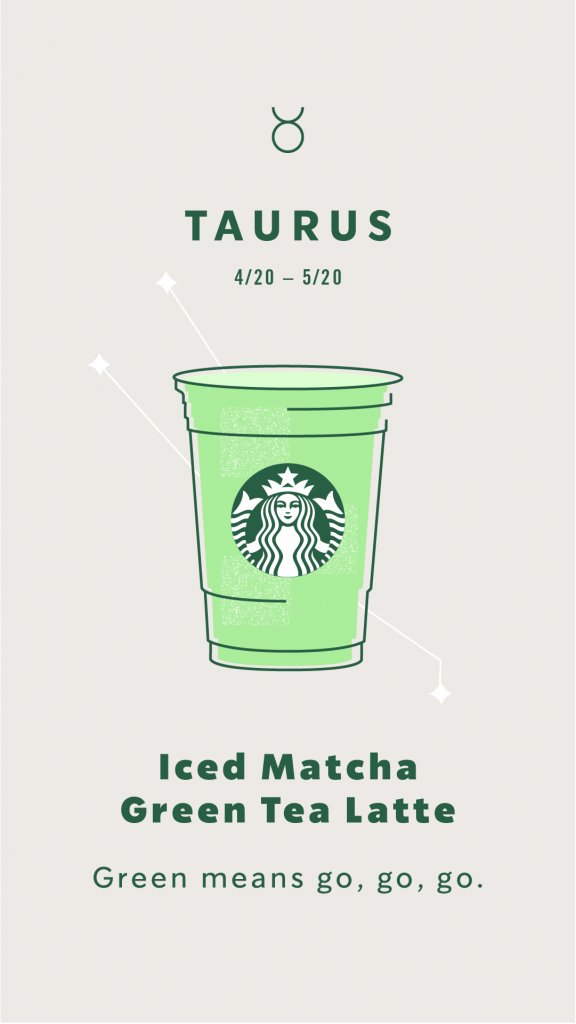 In February, Starbucks unveiled its 2019 Starbucks Zodiac, which features beverage recommendations inspired by personality traits of astrological signs. These include the Taurus Iced Matcha Green Tea Latte—Green means go, go, go; Scorpio Espresso Shot—The best kind of intense; Capricorn Cold Brew—A recipe for success. Do any of these sound like you? I felt personally attacked at the suggestion of being a Mango Dragonfruit Refesher, but according to a company rep, people are into it. “We have been pleased with how customers have responded to the zodiac wheel, comparing beverages to their own personalities,” said a Starbucks media rep.

But is this reignited interest in astrology another trend or part of a bigger cultural shift? Is Big Horoscope behind this? As fun as it sounds, it’s doubtful that the Starbucks Zodiac is a result of a celestial conspiracy, unless disseminating information on the internet is magic. We’re living in fraught and complicated times and it’s no wonder that people are looking for answers. From Myers-Briggs tests to online quizzes to the time-honored horoscope, we’re all trying to make sense of the world—and looking to understand our place in it. So maybe the largescale exposure is beneficial. For others, though, it doesn’t really matter. “Brands will reach out to me looking to collaborate, and while the experiences vary, I always stick to my vision,” says Howe. “Trends won’t change anything for people like me.”

Art provided by Starbucks and Spotify