Beatriz at Dinner: Your Weekly Horoscope in Film 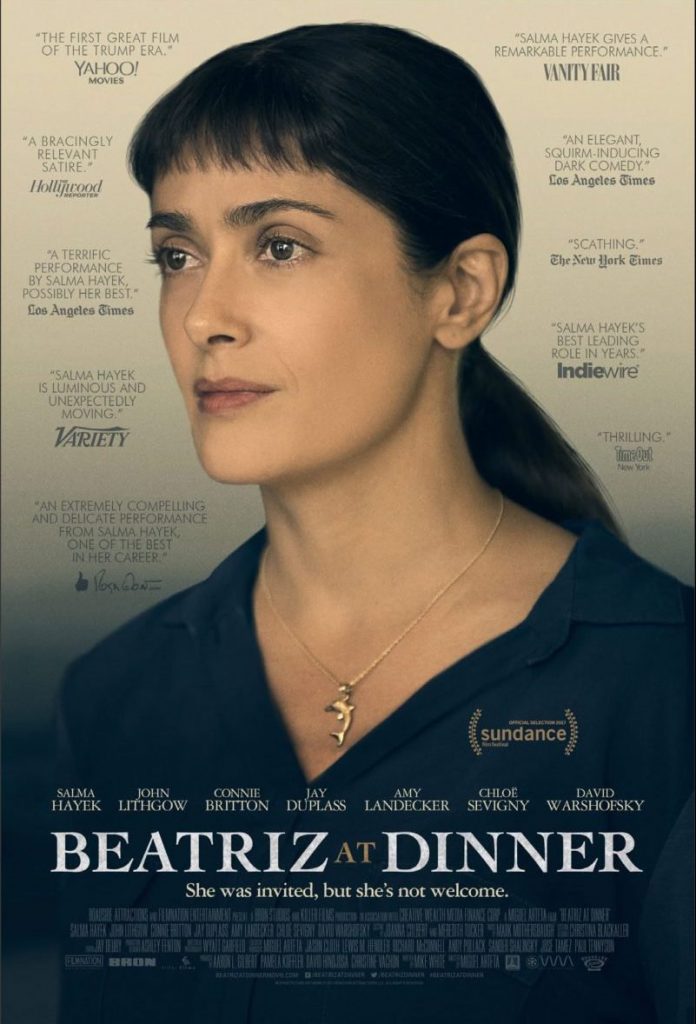 With the energy of yesterday’s Venus-Neptune conjunction still lingering in the air today, even our most superficial interactions can seem to carry a mystical significance.

Like holistic healer Beatriz (Salma Hayek), we may look in the eyes of a work client or fellow dinner-party guest and feel as if we know them from somewhere – maybe even another life.
Who were you in your past lives?

But the first quarter moon – exact just after midnight tonight, when the sensitive Pisces sun squares the sociable Gemini moon – can make it hard to know whether to trust our deeper intuition about others or simply take them at face value.

Throughout the day tomorrow, the moon will be squaring off with each of the other planets in Pisces – Mercury, Neptune, and Venus – and then opposing Mars in Sagittarius. If, like Beatriz, you find yourself in an unfamiliar social setting this weekend, navigate it with care. We’re likely to encounter some fuzzy boundaries, misunderstandings, and ideological clashes.

On Sunday, a square between Venus and Mars can add fuel to the fire if we let our deep convictions degenerate into self-righteousness. It’s easy to demonize those on the opposite end of the political spectrum from us – like the truly awful real estate mogul Doug Strutt (John Lithgow), who quickly becomes Beatriz’s nemesis – but that only leads us astray from our own spiritual path. Of course, some differences are irreconcilable, but in a higher sense, we’re all one.

With a Mercury-Neptune conjunction in Pisces on the same day, we’re feeling everything, but we may not be thinking so clearly. If things get tense, we’re advised to take some time out for meditation and reflection before doing anything rash. Sunday’s last major aspect, a sextile between the sun in Pisces and Saturn in Capricorn, can help us put on the brakes and reestablish healthy boundaries if need be.
Watch Beatriz at Dinner now!