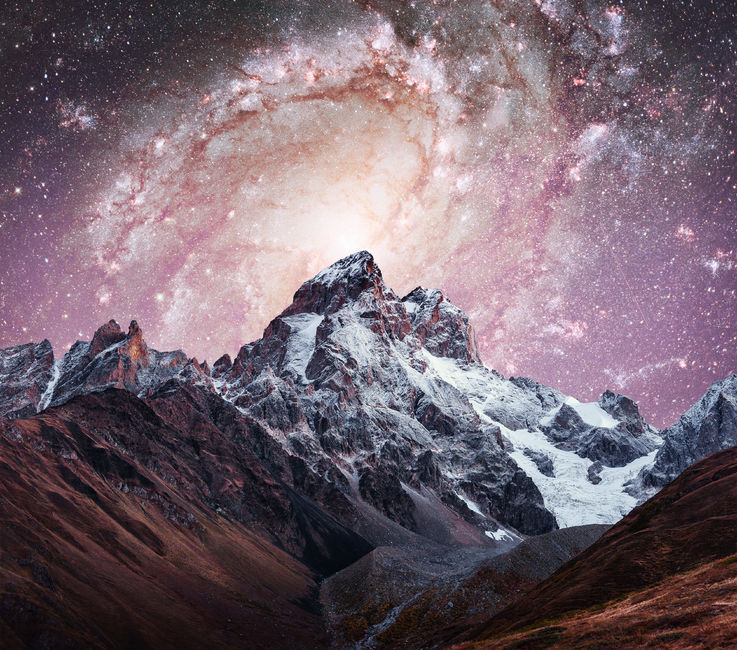 Still coming down from yesterday? Venus squared Saturn and a lot of us plunged headlong into philosophical crises. Confused and hot under the collar in Aries, Venus is still loudly protesting Saturn’s scornful Capricorn rules and regulations. But all the Pisces energy in the sky sings sweetly to our good friend Jupiter, retrograde in Scorpio, bringing around the possibility of finding peace in the chaos, and calm in the eye of the storm.

So, let me say this: You are not imagining it! Everything really is extreme this week. Feeling lost? Use this reading to find the way to a positive outcome. Right now, the moon is melting away in the sky, fading with the wash of each late-winter dawn. Currently in curious, mindful Aquarius, tomorrow the moon slips into Pisces and will be born anew on Saturday.

In the Pisces glyph, two fishes swim in opposite directions and tension swirls between them. This is definitely the vibe this week, as our higher selves grapple with our shadows. The new moon will square off against Mars in Sagittarius at first and may provoke some serious arguing. But, luckily for us, Mars knows what’s up and eventually will give up the fight by sidestepping into Capricorn, where he is empowered and strong rather than combative and short-tempered.

The lower vibration of Pisces energy is toward drugs, alcohol, or escapism of any variety. This is something we absolutely must avoid this week; it could compound behaviors or habits over the long term. If something is wrong, we must sit with it honestly, compassionately, and gratefully. Remember Jupiter studying his lessons? The fish swimming in separate directions create a kind of grace or balance if we allow them their independence.

A beautiful visual reminder of this, and an ancient talisman of balance, is banded onyx. Considered protective, calming, and reflective, the repeating stripes of black and white in this proud but unassuming stone layer one against the next. This pattern can remind us of the yin and yang, or the life-giving polarity between “positive” and “negative” energies. So often, the collective tilts toward focusing on one or the other of these energies. That’s not only unfortunate, but also dangerous.

Recognizing our shadow is just as important as bathing in the light, just as dwelling full-time in the darkness can eventually suffocate us. Today, use banded onyx to honor both the shadow and the light.

Grounding Elements Pro Tip: Add this piece of banded onyx to your altar to remind you to honor both the shadow and the light.