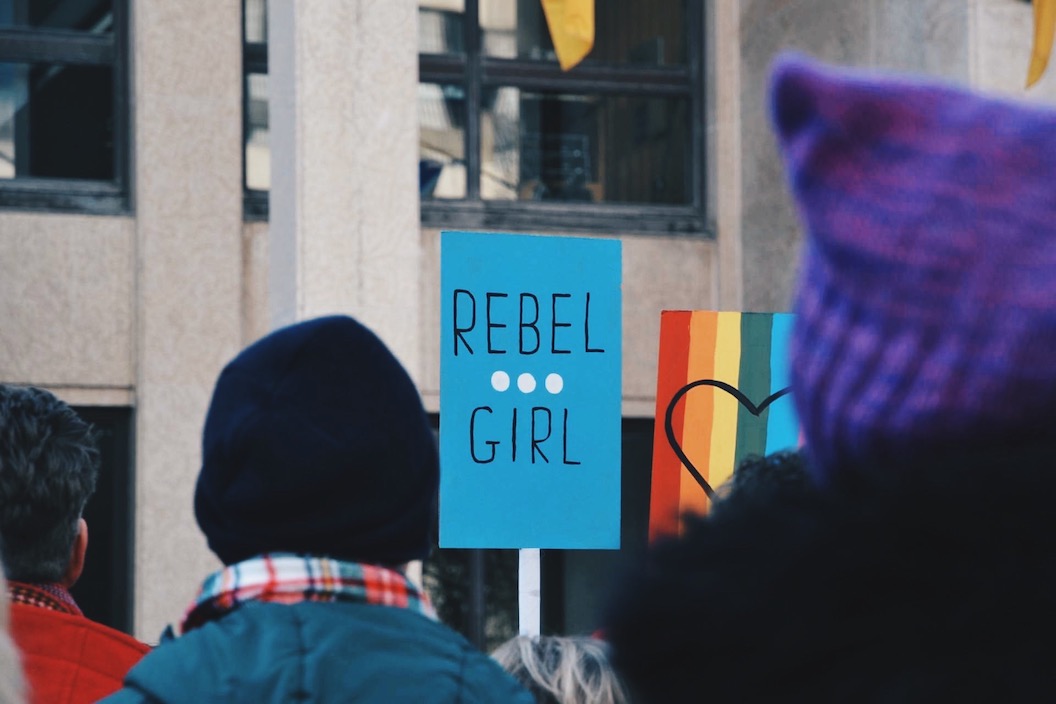 True, in its own way, every new moon is a chance to overturn the status quo. But when the sun and moon get together to occupy Aquarius, people really have the power.

That’s because, more than any other sign, Aquarius combines creative inspiration with scientific innovation. Not only have we got a vision for the future—at this new moon, we’ve also got the technical know-how to make it happen!

What Does the New Moon in Aquarius Mean?

If the old ways aren’t working anymore, it’s only logical to try a new approach. No matter how cliché it may seem, at this new moon, it’s truly time to think outside the box. Experiment and play around with new ideas until you find what really works for you—even if that means going against the grain.

After all, this is one sign that dares to be different! But at its best, Aquarius is more than just a “rebel without a cause.” It’s fighting the good fight—because it’s woke enough to get that none of us are really free to be ourselves unless all of us are.

Still, with so much focus on the big picture, it’s easy for this fixed air sign to get a little detached. Some astrologers like to joke that Aquarius “loves humanity, hates the people”—and it’s true that under its influence, we can get stuck in our heads and cut off from our hearts.

Even so, the water bearer represents the very best that humanity has to offer: freedom, equality, enlightenment, and innovation of all kinds. So what are we waiting for? At this new moon, our full potential is ready to be unleashed!

Horoscopes for the February 2019 New Moon in Aquarius

You’re the mad scientist of the zodiac, Aquarius. And of all your inspired inventions, the most ingenious of all might be yourself. Still, it’s a work in progress—and at this new moon, it’s time to go back to the lab! It doesn’t necessarily have to be a radical reinvention; a few little tweaks or upgrades should do the trick.

Off to save the world again, Pisces? At this new moon, you’re ready and willing to sacrifice yourself for a good cause. But utopian ideals can be a hell of a drug—especially for compassionate visionaries like you. Before you join the movement, make sure you know exactly what you’re getting yourself into.

Lead, follow, or get out of the way—for you, Aries, it’s an obvious choice.   But no matter how self-assured you are, without good people to back you up, you’re headed nowhere fast. Fortunately, at this new moon, there are plenty of like-minded individuals out there who share your vision… so get into the team spirit!

“If it ain’t broke, don’t fix it”—to you, Taurus, that’s just common sense. But at this new moon, it’s also terrible career advice. True, right now you’re on top of your game… but if you want to stay there, sooner or later you’ll have to evolve. Why not be proactive about it, and initiate change now on your own terms?

Getting curious, Gemini?  This new moon is all about expanding your mind and raising your consciousness. Whether it’s a subject you’ve always wanted to study or a brand-new obsession, anything that sparks your interest right now is worth learning more about.  Just make sure it can keep you interested… at least for one lunar cycle.

Independence is overrated, Cancer—as you know better than anyone, interdependence is where it’s at. And with the rise of crowdfunding and crowdsourcing, you’ve discovered even more ways to show people you’ve got their backs. Still, you’re a lot shyer about asking for help than giving it. At this new moon, that’s something you’ll want to change.

“It’s not you, it’s me”—we’ve all heard that one, Leo. But at this new moon, it’s something you might need to hear.  After all, when you have so much love to give, sometimes you forget to give loved ones their space.  Try not to take it personally: Wanting to do their own thing doesn’t necessarily mean they’ve stopped loving you.

Everyone has a part to play, Virgo. And you don’t care too much whether yours is big or small, as long as it contributes to the greater good in some meaningful way. Ultimately, you know it’s the tiniest details that add up to biggest changes—and at this new moon, it’s time to get down to the nitty-gritty!

We wouldn’t exactly call you a wild child, Libra, but you sure do know how to have fun. And fortunately, this new moon brings plenty of opportunities for you to cut loose. True, your idea of fun may not be everyone’s cup of tea—but once your friends see what a great time you’re having, they may be inspired to join in!

It hurts to be misunderstood, Scorpio… especially by your own family. And sadly, in some situations, your only choice is to cut ties and walk away. Most of the time, though, that’s taking the easy way out—something that’s never been your style. This new moon challenges you to stand your ground, and try to work out your differences.

You’re not sure where your curiosity’s leading, Sag, but one thing’s for sure: it’s definitely somewhere interesting! For now, keep an open mind and gather as much information as you can, without being in a rush to categorize or define everything. At this new moon, honor both logic and intuition—and eventually, you’ll see the big picture.

“Every man for himself,” Capricorn? We don’t think so! After all, in this increasingly interconnected world, what affects one of us affects all of us—so sharing the wealth is just common sense. Whether you’re donating your money, time, or expertise, this new moon invites you to invest in our shared present and future.

Image by Denae Marinelli via Twenty20