It's All Connected! The Importance of Numerology in the Tarot 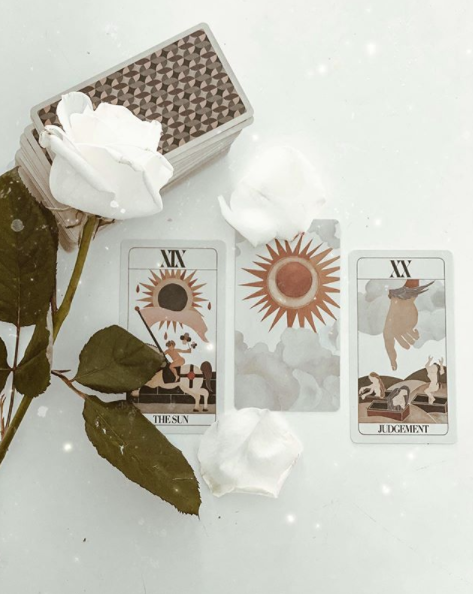 Learning the tarot can be rather intimidating for the beginning reader, but there are several underlying patterns that can lend a hand as you learn its mysteries. One of the best methods involves the study of numerology or the magical meaning behind numbers mentioned in every deck. Here you will find the perfect primer to set you on the right path to understanding the magic of the tarot.

Curious about your numerological portrait? Check this out!

The tarot consists of 78 cards, with the deck divided into two separate categories: the Major and the Minor Arcana. Understanding the difference between the Arcanas and their number correspondence can greatly enhance your ability to comprehend a card that you may not be totally familiar with.

The Major Arcana are the archetypal, big-picture cards, depicting important moments on one’s life path. These cards are often pivotal and carry a deeper psychic meaning. The Major Arcana consists of 22 cards, numbered from 0-21. The symbolic characters of the Majors tell the story of our passage from childhood and innocence through maturation and enlightenment.

In the Minor Arcana, we deal with the realm of the physical. Divided into four suits, these cards represent will (the Wands), intellect (the Swords), emotion (the Cups) and material (the Pentacles). The Minor Arcana are similar to a deck of regular playing cards but include the Page as an additional court card. Each suit is numbered 1-10 and has a corresponding element.

Numerology and the Tarot

Both the Major and Minor Arcana are numbered, giving each card a unique numerological meaning. This means that there are 5 cards that correspond to the number 1. These are The Magician card of the Major Arcana, and the Ace of Wands, Swords, Cups, and Pentacles within the Minors. Even though each of the four Aces and the Magician card has a different meaning, they all have the same underlying message: new beginnings.

It’s also helpful to approach the numerology of the tarot as a cycle. Even numbers are often stable and enduring, while odd numbers generally embody various states of change and instability. The tarot is actually cyclical, so each ending also signifies a new beginning.

Understanding the numerology of the tarot can provide a helpful window into the reading of the cards. You might also want to compare your personal numerology to the tarot for further insight.

One is the number of new beginnings, and in the tarot, it represents the first step on your journey. The Aces of the Minor Arcana are the purest form of the element of each suit, and often appear when the querent is starting a new job, relationship, or simply changing their perspective or approach.

This is the number of partnership and the choices we make upon our path. The number two tends to show up during the process of consideration. It often asks us which direction we want to take and what players will be joining the team.

Three represents the growth of an idea, project, or relationship. It’s a natural progression: one begins the journey, and once help is found with two, three represents the enterprise underway. This is the number of team building.

Four is the number of foundations. Practicality and structured thinking prevail, and the initial burst of energy that began with one has stabilized. This card often appears when a certain level of success has been obtained.

With the number 5, instability and change enter the picture. Five is the conflict that arises when the journey is underway and personalities clash or unforeseen obstacles enter the path. The lesson of five is perspective.

The number six brings welcome relief from the turbulence of 5. Friends and helpers appear, and stability returns. Here we see how a sense of community and perseverance support the work we do in life.

Seven within the tarot deals with having faith and patience on one’s journey. This often signifies a situation where reflection and self-awareness are paramount. Although waiting for results can be frustrating, it’s also a necessary aspect of creation.

Number 8 represents progress and culmination. With all the hard work of the previous numbers, 8 indicates that success is at your doorstep. Energetic activity and excitement prevail, and you’re well on your way to completing the cycle that began with one.

While it seems logical that 10 would be the completion of the numerological cycle, the number 9 shows that the journey has reached its apex. With this number, the results of the work you’ve done are apparent, for better or for worse.

The number 10 is the final card in the sequence of the Minor Arcana, and numerologically speaking, represents the moment of completion before the cycle begins once more with the Ace. This is the number of endings and the moment before rebirth.