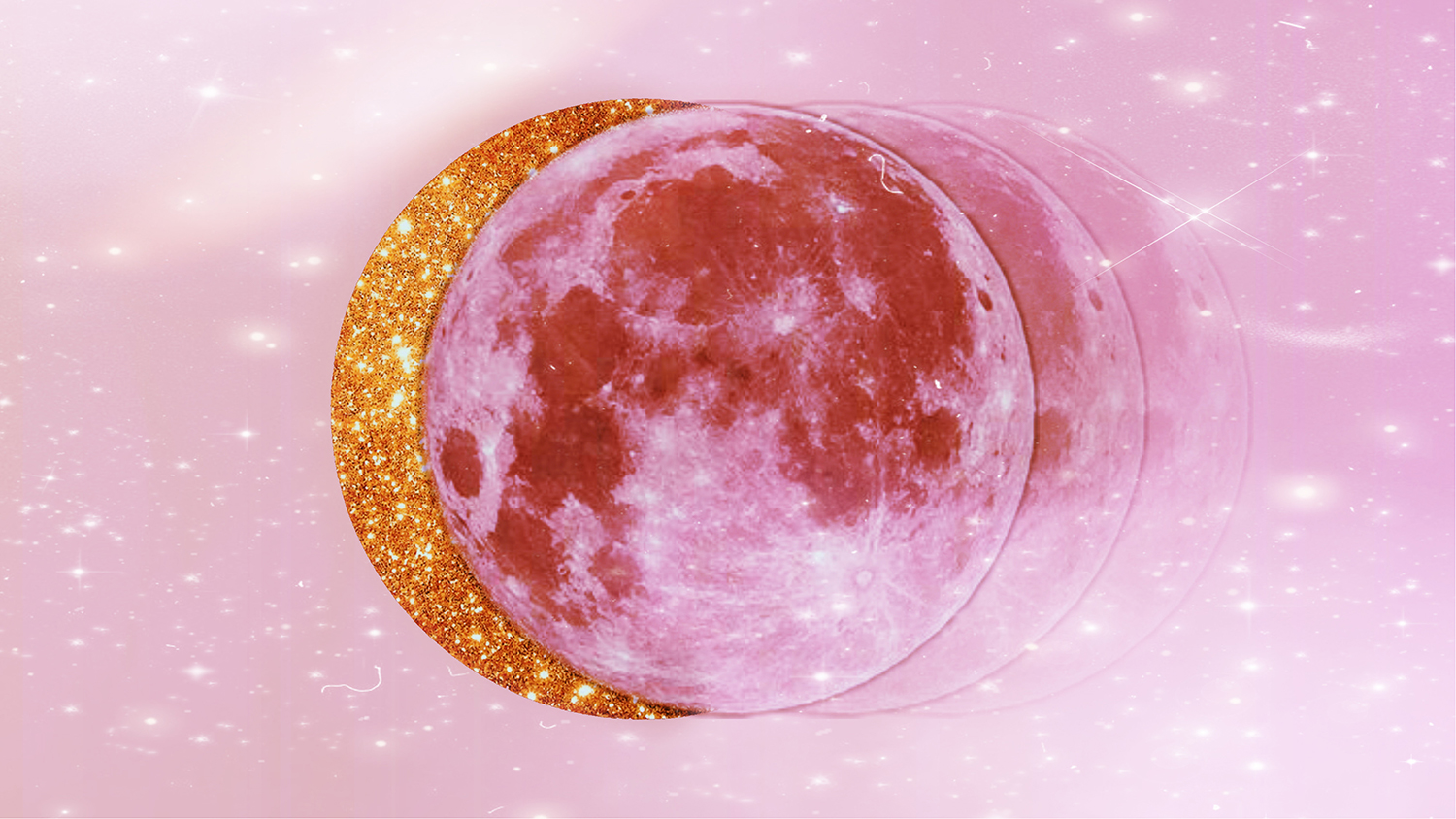 What is a lunar eclipse? What is a solar eclipse? These babies are like full moons or new moons on steroids—so, here’s what you need to know.

Consider eclipses as super-charged new moons and full moons. Eclipses are different because of their connections to the Nodes of Destiny. Sounds fun, but this only adds fuel to their fire. The North Node and South Node switch signs every 18 months or so. As the moon moves through the zodiac, in its elliptical in space, the highest and lowest points of the elliptical mark the Nodes of Destiny in the sky.

For example, if we experience an eclipse in the zodiac sign of Gemini, the moon is hitting the Gemini-Sagittarius Node axis.

Eclipse energy is quite erratic, and they often signal fated, unpredictable events. Throughout history, eclipses were used by royalty to signal either a premature death of a king or the birth of a new leader. In ancient civilizations, they were often interpreted as potential apocalyptic events. It’s no surprise that they have a powerful effect on us and usually deliver their fair share of drama.

What Is a Solar Eclipse?

A solar eclipse occurs when the obscures the sun—or when the moon is in between the Earth and the sun. To get more technical, a solar eclipse will occur when a portion of the Earth sits underneath a shadow cast by the moon, which is blocking the sun. This can form an illusion that creates a sort of ring of fire.

All solar eclipses correspond with new moons in astrology. So similar to new moons, solar eclipses will usher in periods of change and new beginnings. Whichever area in your birth chart the solar eclipse occurs is where you will experience change during its 18-month course.

This isn’t energy that we want to manifest under or use for magic. During this time, the sun and moon, two of the most important celestial bodies in the sky, aren’t operating like they normally do. The volatile energy can really mess with manifestation and intention-setting work. During this time, slow down, drink lots of water (because, yes, the moon relates to the tides and humans are made up of 70% water), and reflect. Meditate on where you are and visualize where you’d like to be. Think on new beginnings you’d like to call in.

What Is a Lunar Eclipse?

A lunar eclipse occurs when the moon moves into the Earth’s shadow. This lineup can only happen during a full moon, when the sun and moon are opposite one another in the sky.

Lunar eclipses always line up with the full moon cycle. Is their energy stable? Absolutely not! Is it a time for magic? Nope.

Like solar eclipses, lunar eclipses also usher in unexpected change. But similarly to the full moon, this period is all about letting go and releasing. This super-powered full moon shines a karmic light on our path and forces a course-correction. It often removes what is no longer serving our highest good—even if we may feel like we’re not ready for it.

Eclipses speed up timelines. They can bring breaking points where we’re finally inspired to finally make a change.

The moon phase is one of the most magical cycles in astrology. Attuning to the moon’s cycle and rhythm, we can call in desires, manifestations, and intentions. This is the moon phase cycle: new moon, waxing crescent moon, first quarter moon, waxing gibbous moon, full moon, waning gibbous moon, last quarter moon, and waning crescent moon. Then, we begin all over again with a new moon.

The cycle of the moon you were born under can reveal specific characteristics, strengths, and weaknesses about yourself. For example, if you were born during a full moon (or a lunar eclipse), relationships may factor into your life in a major way. When the sun and moon sit opposite one another, there may be a need to understand the self through others’ perspectives and interpretations. It’s a balancing act.

Here are some keywords associated with each moon phase:

When Is the Next Solar Eclipse?

The next solar eclipse is on December 4, 2021, in the zodiac sign of Sagittarius. The sun and moon will be 12 degrees Sagittarius.

When Is the Next Lunar Eclipse?