Take Action With the New Moon in Aries 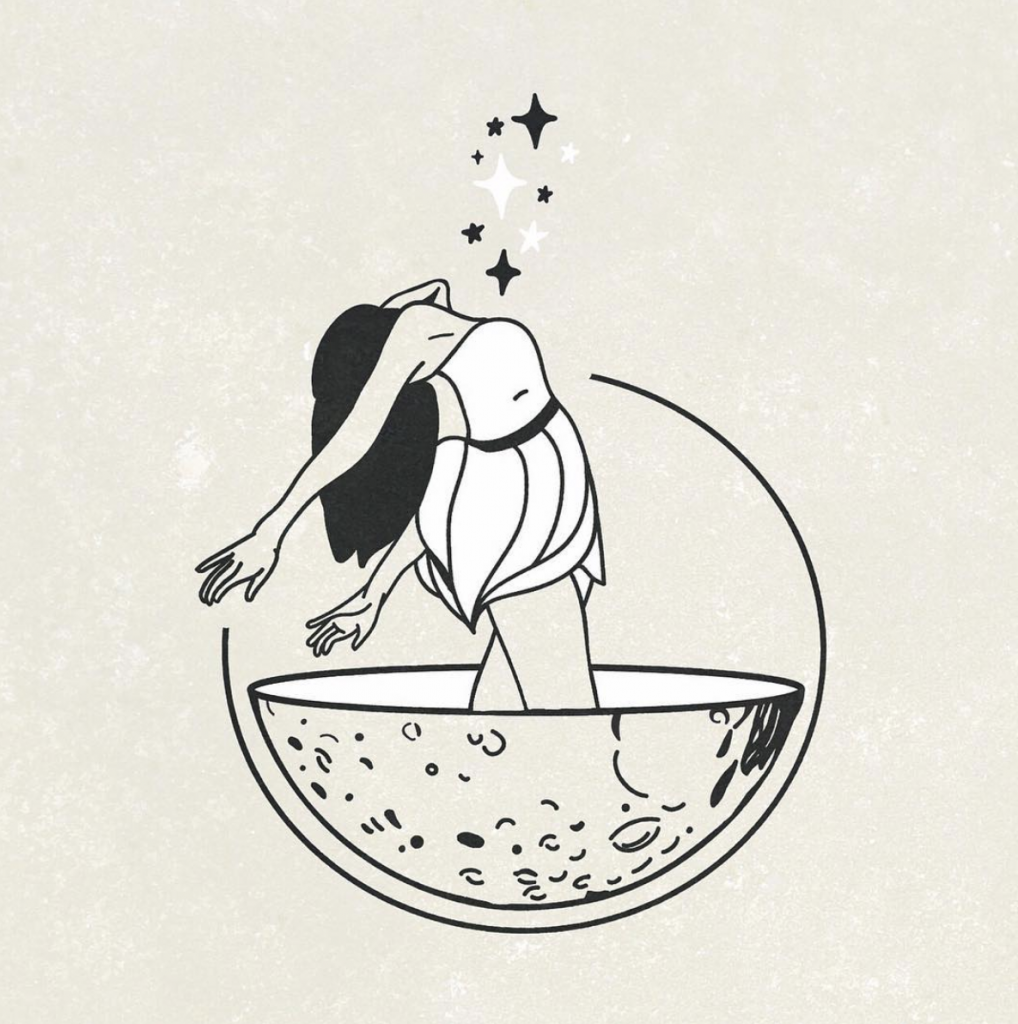 New moons have a way of stirring us into action, but the new moon in Aries really lights a fire under us! As the first sign of the zodiac, Aries is super-charged with the energy of new beginnings, and when the sun and moon meet up in this cardinal fire sign, it’s like hitting the cosmic reset button. More than any other new moon of the year, this one has the potential to spark some major change.

What Does the New Moon in Aries Mean?

Venturing into the unknown is always risky. But with warrior Mars as its ruling planet, Aries has no fear—and at this new moon, its courage is bound to rub off on us. If there’s something you want, there’s no time like the present to go out and get it! Be brave, be bold, and trust in your ability to face down any challenges along the way.

With its quick-thinking sensibilities, Aries is great at putting out fires; but its tendency to act and speak without thinking make it just as likely to fan the flames. Under this moon’s influence, we’re more prone to knee-jerk reactions (or overreactions), hotheadedness, and rude/reckless behavior.

One thing’s for sure: Wild, untamed Aries energy is not for the faint of heart! But, if we’re up to the challenge, it’s a source of power that even the meekest and mildest of us can tap into. The trick is learning to master it and make it work for us, rather than the other way around.

What do the stars have in store for you this year?

This headstrong sign knows what it wants—and wants it now. But if we push too hard for instant gratification, we may end up cheating ourselves out of something more worthwhile. As with any new moon, it’s best to think things through before rushing into action.

Still, with go-getter Mars calling the shots at this lunation, we won’t want to waste too much time. Decide what your intentions are—then get out there and take the ram by the horns!

Horoscopes for the April 2019 New Moon in Aries

Joseph Campbell said it best, Aries: “The privilege of a lifetime is being who you are.” But in order to be yourself, you’ve got to know yourself, and the best way to learn is by getting out there and confronting life’s challenges head-on. This new moon in your sign kicks off the next chapter in your own hero’s journey.

Keep calm and carry on Taurus. You may not be the type who thrives under pressure, but that doesn’t mean you can’t stay cool in a crisis. The trick is not reacting to every stressful situation as if it’s a major emergency. This new moon coaxes you out of fight-or-flight mode so you can make a more reasoned response.

You never know when inspiration will strike, Gemini—so you’ve got to strike while the iron is hot! Still, you can only focus on so many bright ideas at once, and at this new moon, you’ve got more than you can handle. Choose the one you’re most fired up about right now and put the rest on the back burner.

Who’s the boss, Cancer? If you play your cards right at this new moon, it could be you. But there’s a lot more to leadership than just ordering people around. It’s about showing grace under pressure, taking decisive action, and being prepared to make tough calls when the situation demands it. Anything less is just risky business!

It’s time for a vision quest, Leo! Whether it’s geographically, mentally, or spiritually, you’ve been stuck in the same place for far too long. And if you ask us, a heart like yours is way too big to be contained by borders or barriers. At this new moon, what’s to stop you from breaking free? Only the limits of your imagination.

You’ve got a lot of things on your to-do list, Virgo—but what about your bucket list? As scary as it may be to think about, none of us will be here forever, so it’s important to make every moment count. This new moon asks what you’d do if there were no tomorrow; then asks, “Why wait?”

Nice guys and gals don’t always finish last, Libra—but they can have a hard time speaking up for themselves. At this new moon, it’s time for some assertiveness training! First lesson: Worry less about being “nice,” and more about being real. If it scares some people off, just remember that those who mind don’t matter, and those who matter won’t mind.

Old habits die hard, Scorpio. But it’s always easier to quit the bad ones when you replace them with something better. Whether your vice is junk food, cigarettes, binge-watching, or being glued to your phone, we bet you can think of a healthier alternative. At this new moon, it’s time to get off your butt and just do it!

Hey, Sag…take a walk on the wild side! For seasoned adventurers like you, it’s easy to assume you’ve “been there, done that.” But we’re willing to bet there’s something you haven’t tried. If so, this fun and fearless new moon is the perfect time to check it off your list—and maybe meet some cool people while you’re at it!

Feeling stir-crazy, Capricorn? It may be time you got out of the house…but at this new moon, it’s also a clear sign to change things up around the house. There’s no better time to get on a home-improvement kick. Just make sure you take it one project at a time, so you don’t end up living in a disaster area!

It’s a war of words, Aquarius—and at this new moon, you’re in it to win it! But it’s not just about who can raise their voice the loudest. It’s the person with the best ideas, and the most effective way of getting their point across, that will ultimately come out on top. Be direct, but don’t lose your cool.

Declare independence, Pisces! After all, it’s your life, so shouldn’t you be the one calling the shots? Still, before taking charge of your destiny at this new moon, you may need to take charge of your financial situation—it’s a lot easier to do things your way when you’re the one footing the bill.

Art by Becca Reitz. Find her online at rebeccareitz.com, and on Instagram @becca_reitz