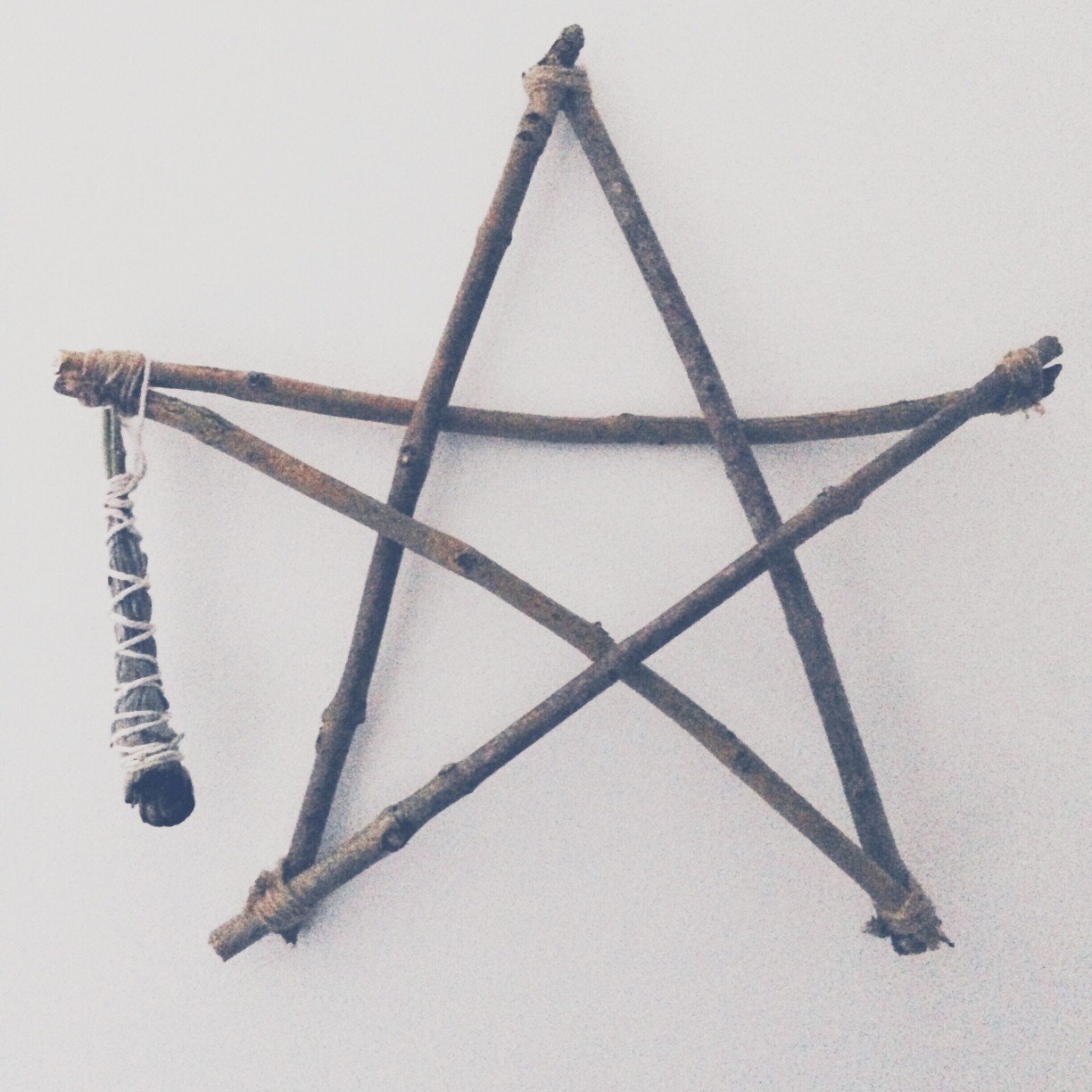 As any practicing witch will tell you, there is no right way to cast a spell. The process is deeply personal and needs to be tailored to fit the situation. Spells can be as simple as scratching your intention in the dirt, but they can also be as elaborate as creating an entire ritual, complete with candles, chanting, and spoken rhymes. The accuracy of spells can be a bit of a learning curve, as you will learn below. But it can definitely be achieved.

Here, six real-life witches share the success stories of their own spells—including one that went a bit too well.

“A friend of mine recently lost his two-month-old to SIDS. He constantly complained about hearing the child cry, so I asked if could try to help. As a kitchen witch, my tools are simple: I cleansed everything in his house. It took over seven hours, but afterward, he stopped hearing the baby cry all the time and only ever heard it again when a child was around.” – Luna, 34

Kitchen witches use a variety of tools to cleanse spaces, from herbal techniques to good old brooms. If you’d like to do something similar, try lighting a bundle of dried sage until it begins to smoke, then waft the smoke around the area you’d like cleansed, making sure to get in all the corners. Another method is to actually clean—imagine a white light enveloping your surroundings as you literally scrub and wash everything. When you’re finished, sweep in a counterclockwise direction (also known as widdershins) and brush everything out the door.

“I cast my most recent spell to help a friend find a place to live—not just any place but one that would be specifically suited to her lifestyle and that would allow multiple cats.

It was a two-part spell. The first part was casting intentions during a full moon to clear away any obstructions to her getting a place. The second part was during the new moon, at which time I infused a piece of orgonite with the intention to attract an open-minded landlord.

She is now happily moving into her new place.” – Tammy, 42

Using the specific powers of the lunar calendar is a great way to get your spell to come to fruition. Many witches meticulously track the path of the moon and work their magic depending on whether it’s full, waxing, waning, or new. A full moon is perfect for spells that need a lot of extra energy, divination, and protection. When the moon is waxing (or getting larger), you should do prosperity spells or any type of spellwork designed to bring something close to you or increase something. For a waning moon—one that’s getting smaller—work spells that get rid of things like bad energy, illnesses, and detrimental habits. During the new moon, aim for spells that promote the newness of things, like a new job or a new relationship.

“When my girlfriend and I decided to move in together, we began looking for a home with a yard big enough for our pets – my cat and her two dogs. We also wanted something where we could separate the house in the middle just in case they didn’t get along, giving the animals plenty of space while we tried to get them used to each other.

So, I decided to use blessed moon water to manifest our perfect home. Every full moon, I blessed water beneath the moon and then used that moon water during the month for various things. For instance, I would make myself a cup of tea or hot cocoa with regular water then, as the tea was steeping, I would say a blessing and charge the moon water again before pouring a splash of it into the cup. Every night during this ritual, I asked the universe to give us “everything we need in life to sustain us and make us happy.”

One day during this time, I drew on a piece of paper a rectangular house that could be split right down the middle. I pictured that house every single night. Lo and behold, at the last minute, we found the perfect house in town, that fit our budget and easily split down the middle, with a huge yard. Everything about it was exactly what I asked for.
To this day, it’s the best spell I ever did, but it took about six or nine months to complete.”
-Daena, 25

Commitment and consistency was the key to success for Daena. If you want to manifest something in your life, try a similar visualization technique. If possible, draw what you’re seeking on a sheet of paper and then meditate on it as often as possible. Manifestation spells work best when they’re repetitive and combined with other types of spellwork to really reinforce the need for what you desire.

“I created a jar spell on the one-year anniversary of my mom’s death in January, intended to bring myself (and others that loved her) peace and healing for the upcoming year. Jar spells are a type of folk magic where the spellcaster fills a vessel with things symbolizing the subject of their magick.

I know it was successful because I could feel this sense of calmness after I completed it. It isn’t a miracle by any means, but it helps. Sometimes I hold the spell jar in my hands while looking at her picture and feel strength.” – Kelley, 28

To create your own spell jar, pick a container that feels right to you for the purpose of the spell. It can be helpful to match the color to your intent, but it isn’t necessary. Based on the spell you’re working, add whatever you think is a good symbol. For example, for a spell to get a new pet, maybe you’d add some hair clippings from a friend’s animal or a collar with dog tags. Generally spell jars contain three things: an item to reflect the intent of the spell (if it was a spell on yourself, you’d add a personal item), a written account of the spell’s intent, and some sort of liquid to bind it all together, tailored to the spell. Fun fact: a lot of antique spell jars used urine!

“In my early 20s, I desperately wanted to date a friend of mine that I thought I loved, and who I know felt a similar way toward me. I decided I would work a spell to get him to ask me for a date. I took a red candle (even though I wasn’t versed in candle magick) and, one afternoon, carved his name into it with a knife. I chanted over the candle for a moment, willing him to ask me out, then I took it inside and burned it. He did eventually ask me on a date—only two years later, shortly after I got married. He told me he felt compelled to ask, though he didn’t know why.” -Jennifer, 34

The delayed response to this spell could have been the result of several things—and shows why it’s important to feel comfortable in your magic and make sure the timing is right.
Jennifer didn’t know much about candle magic when she did the spell and wasn’t fully comfortable with it, so the results could have manifested later, at a point when she had learned more about the style. Plus, it was afternoon, the sun was setting and the day was winding down, which could have had a lengthening effect on the spell.
But the main reason for the delay was likely due to her intention of making the object of her spell do something. Working spells on someone generally doesn’t mess with their free will—so if he didn’t feel it was the right time to ask her out, he was making the choice to wait until he felt like the pressure was off.

“I did a binding spell because I was being bullied by two coworkers. Binding spells are most often used to prevent an individual from causing harm to themselves or to others, which was true in this case. But, then, things seemed to get out of hand.

My patron goddess, a deity I include in my magick for spiritual guidance, told me to wear white and burn white candles. She also told me to purify my body prior and to keep my intentions pure while performing the ritual.
Next, I stole two used water bottles belonging to the coworkers I was binding and combined the remaining drops of water in each bottle into a glass. I used a fluid condenser for the spell, which is a mixture of water, alcohol, and ingredients that represent the magickal intent, reduced through boiling. I poured the condenser into a glass. Then I wrote their names on a scrap of paper, burned the paper, and emptied the ashes into the liquid, which I then transferred to a freezer bag. Then I stuck it in my freezer, where it remains frozen to this day.

The very next day, one of my coworkers texted me an apology for her behavior. So, immediately, I was like: yes! the spell worked! But then, soon afterward, she lost an important account and was crying in the office. She’s been kinder to me ever since.

The other coworker also changed his behavior and was immediately more kind to me. But then, he soon became ill. His mother died suddenly of a heart attack, and he moved away.

I really didn’t wish them any harm; I just wanted the bullying to stop. So I think (I hope) that the bad things that befell them after I cast my spell were just the result of their karma. But honestly, I’m kind of scared to unfreeze the bag now.” – Trinity, 31

Trinity learned a very important lesson with her spell. It’s never a good idea to work magick on other people if you have anger or ill will toward them. That emotion will manifest into something nasty in the outcome of the spell and can often cause more problems than you intended.