What Is Sacred Geometry? A Primer on the Power of Symmetry 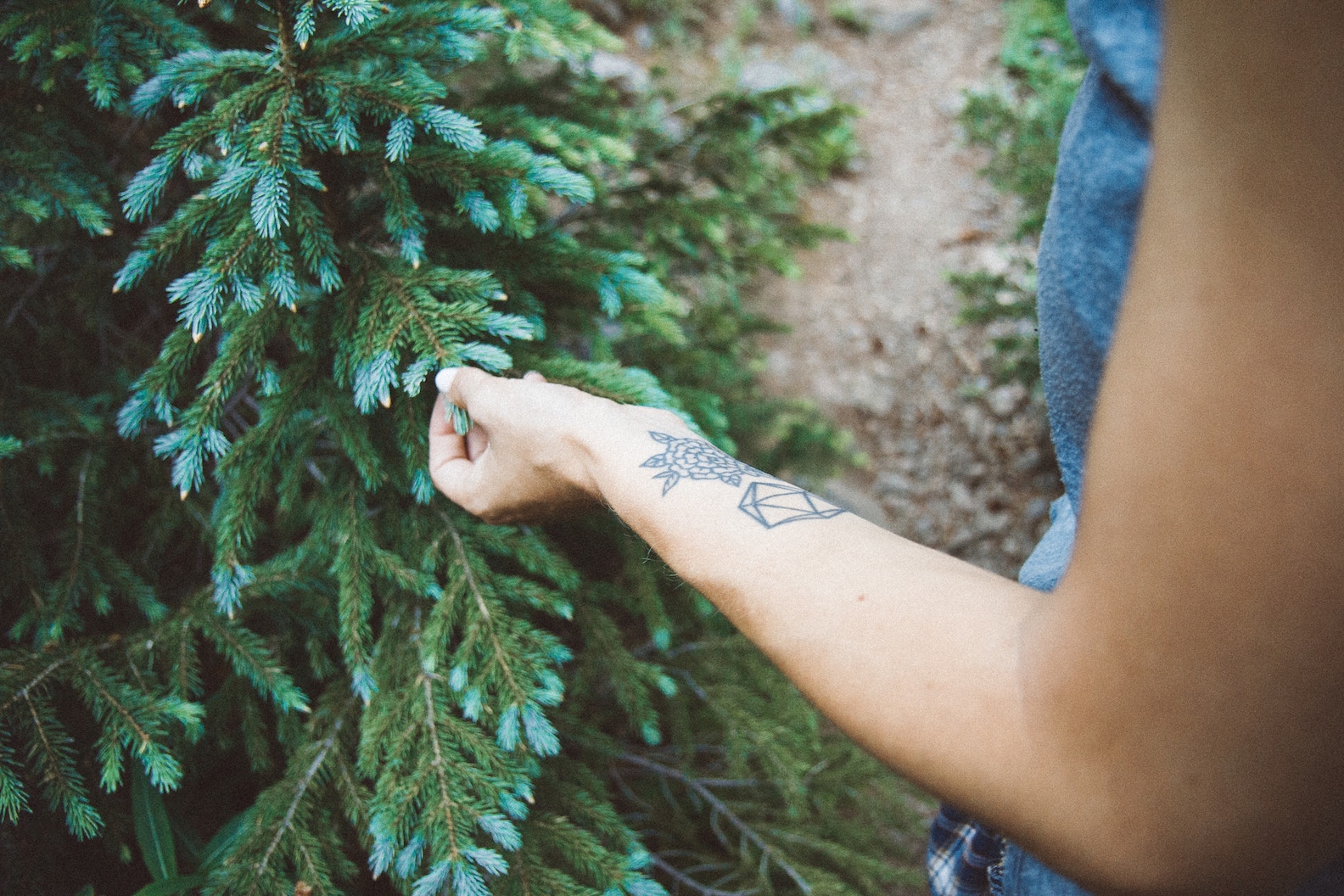 If you’ve ever observed a perfectly symmetrical plant, or the swirl of a seashell, or even pondered the division of cells as they form into a living being, it becomes immediately clear that certain geometric patterns are somehow significant. Shapes and patterns that reoccur throughout the natural world—shapes and patterns that are mathematically perfect—are considered proof by some that there’s a greater source or creator, an architect of the world as we know it.

Thus, many refer to these delineations as sacred geometry.

There’s no single solid understanding of what sacred geometry is, though—its meaning transmutes depending on whom you ask. Where some see shapes, some see connection.

“Sacred geometry isn’t something that can be visualized,” says tattoo artist Zach Donn from All Sacred Tattoo in Denver, whose Instagram feed is dominated with images of geometric work. “It’s an experience, a moment where you connect with time, space, and reality, more than you have ever understood. It could be déjà vu; it could be goosebumps from something meaningful. It truly could be anything where all the numbers in the world add up together into an equation that made sense.” 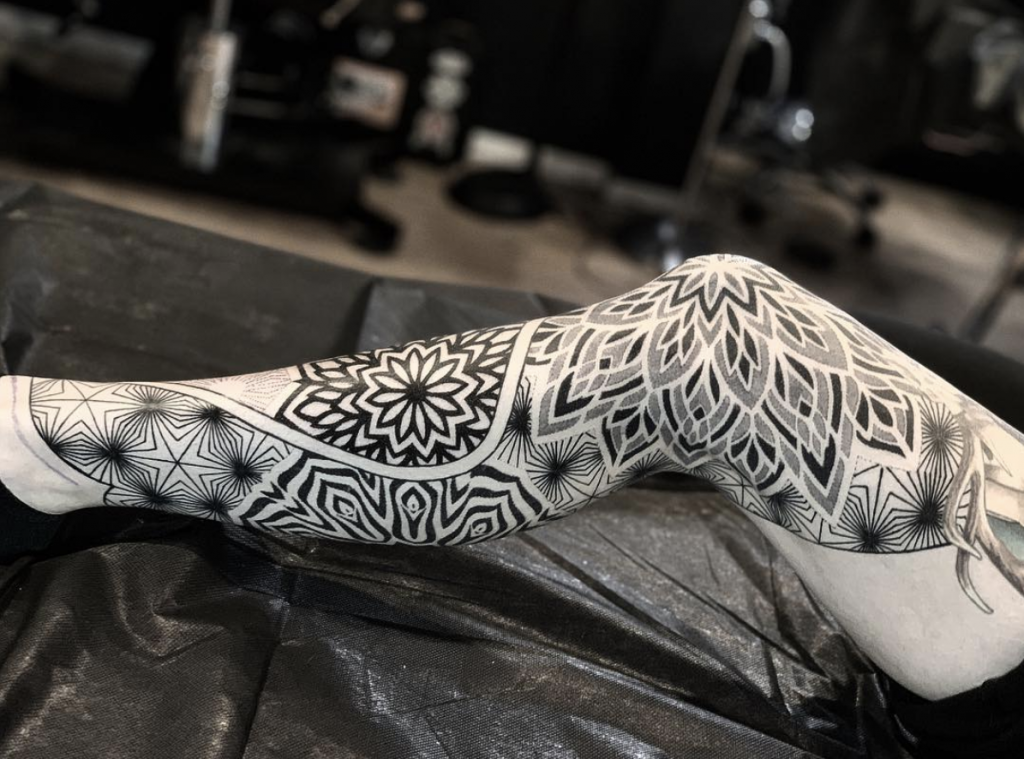 A tattoo by Zach Donn

Greek philosopher Plato dabbled in sacred geometry—though he may not have known it at the time. He discovered five shapes that are essentially the building blocks of existence: the tetrahedron (basically a 3D triangle), the hexahedron (a cube), the octahedron (a 3D diamond), the dodecahedron (a sphere with 12 flat surfaces), and the icosahedron (a sphere with 20 faces). These shapes are called the Platonic solids. According to Plato, everything in existence can be pared down to one of these shapes.

All the Platonic solids fit inside another sacred shape, the Flower of Life. This is the most common sacred geometric symbol and represents life itself and the various planes and dimensions it occupies. 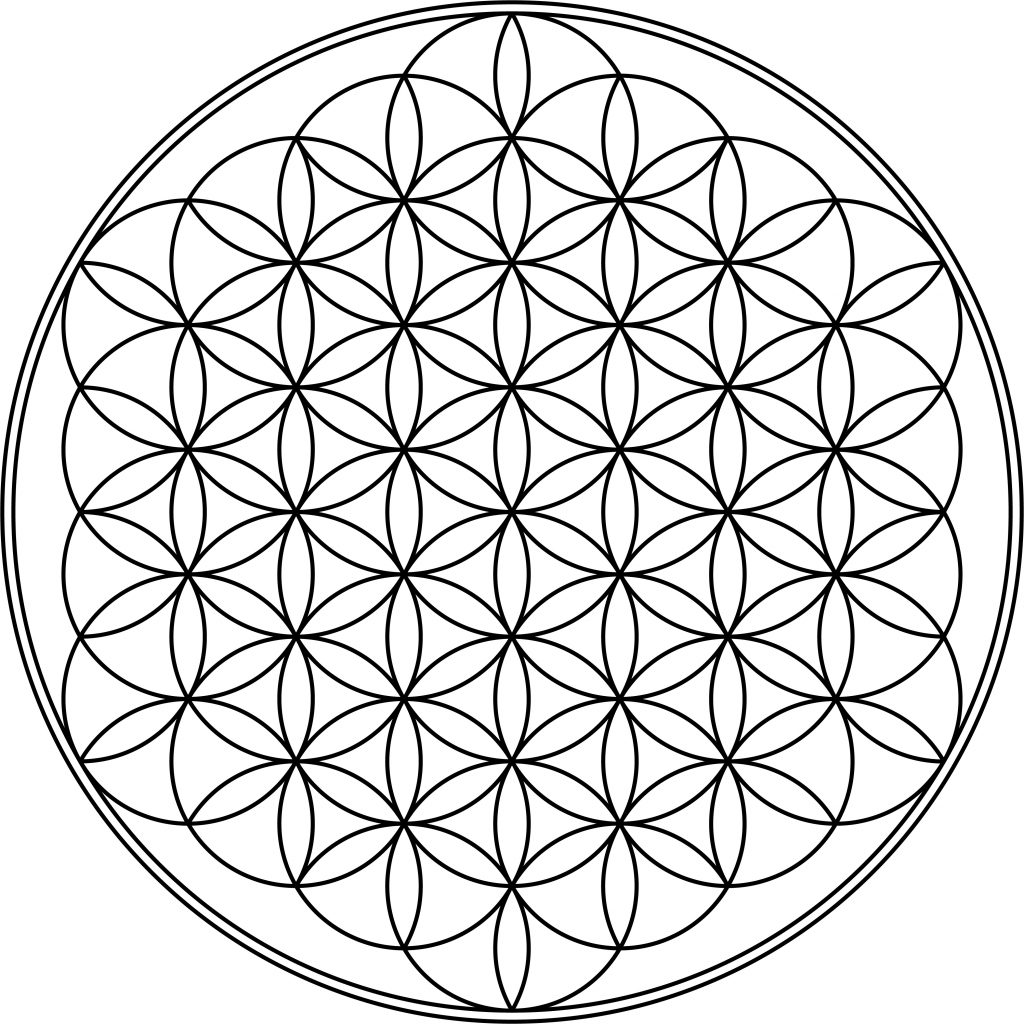 Sacred geometry is more than just unique patterns to look at, though. It can be used to accomplish certain goals, knowing that connection with it connects you to the greater energy source in the universe.

What’s in the cards for you this year?

Meditation
Because sacred geometry is the base of all things that exist, the shapes and patterns have a powerful energetic vibration—one that can shift yours as well. Meditating on a geometric pattern, or even visualizing one while you meditate, can help tune your personal vibration to be more in line with the universe. That means you’ll have a clearer head and be more centered afterward.

Empowerment
Sacred geometry can be a source of empowerment—particularly when given form through tattoos. Having a geometric pattern that you consider sacred inked onto your body connects you in a permanent way to the divine, or the higher power, or however you interpret the source of sacred math. It can be grounding to look at it or even trace the lines with your fingers.

Look around—where do you see the universe manifesting in sacred shapes?