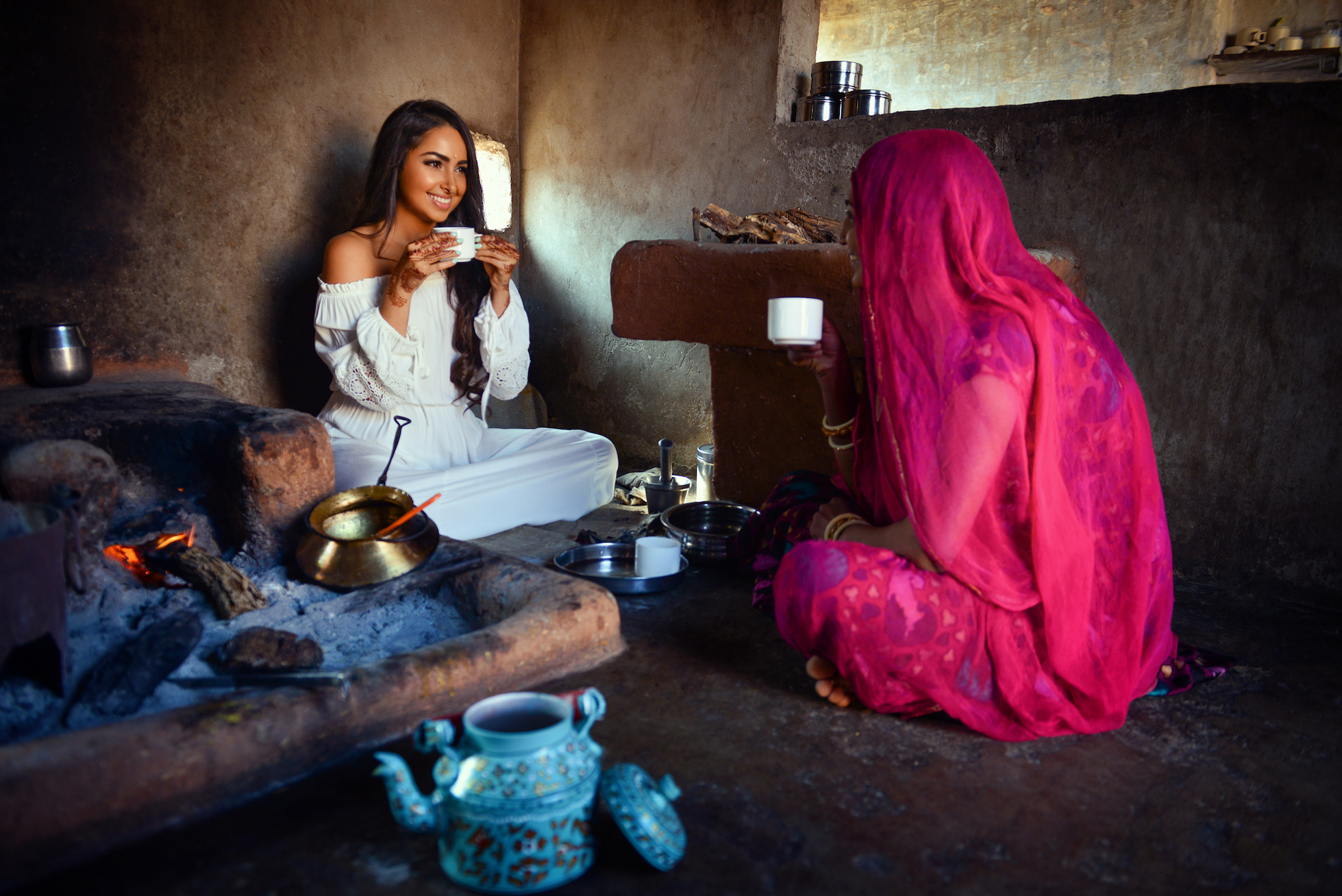 Take one look at her biography, and you might say that Sahara Rose Ketabi—podcast host, author, and Ayurvedic nutritionist for the modern age—is Capricorn personified. And as far as assumptions go, you wouldn’t be too far off: with seven planets in Cap including her sun and moon (in Western astrology, that is—Ketabi reminds that in Vedic astrology, she’s a double Sagittarius), Ketabi’s ambitious background was literally written in the stars.

After a childhood spent eschewing her family’s Persian food culture in favor of an “all-American” diet of junk food led to intense bodily reactions (think allergies and general dis-ease) and subsequent social isolation, a young Ketabi decided that a new approach to wellness was in order. First came yoga, followed closely by healthier dietary choices and a renewed sense of vitality. By the time she was 15, Ketabi was vibrating high, partaking in international volunteer trips and eventually discovering her dharma, or life’s purpose. When her love of all things healthy transmuted to a raw vegan diet came with a host of digestive issues, Ketabi was guided to Ayurveda—and, in on-brand fashion, she soon took the ancient Indian whole-body healing system to entirely new levels. Today, 28-year-old Ketabi is the author of two books—The Idiot’s Guide to Ayurveda and Eat Feel Fresh: A Contemporary Plant-Based Ayurvedic Cookbook—host of a popular podcast (The Highest Self Podcast), creator of an adapted Ayurvedic approach called Eat Right for Your Mind-Body Type, and has been lauded as “a leading voice for the millennial generation into the new paradigm shift” by Deepak Chopra. 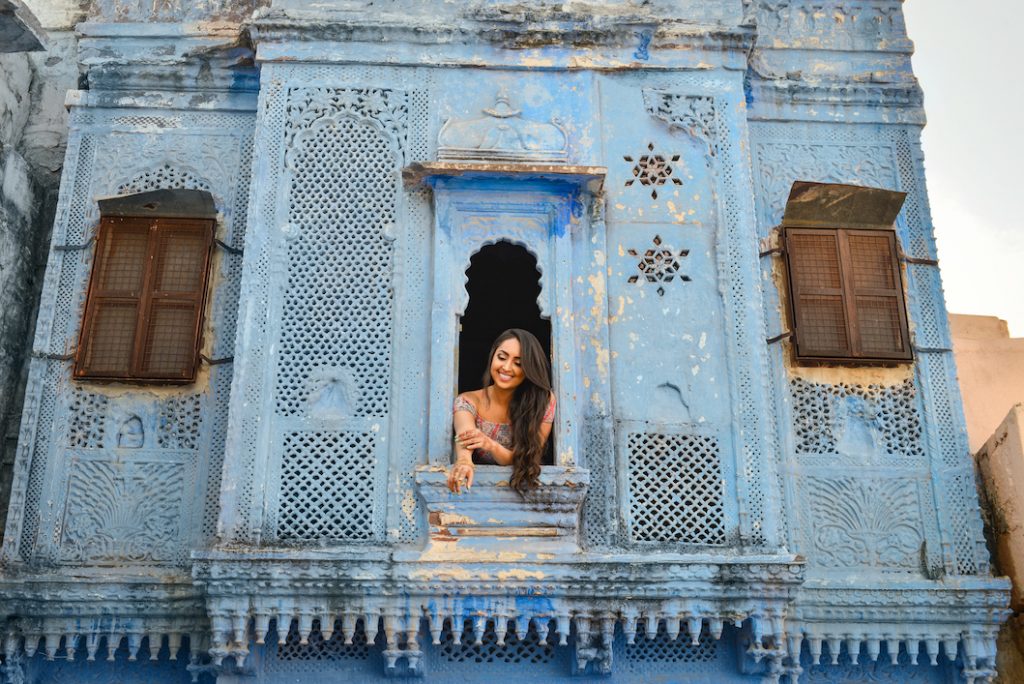 But her Capricornian instincts didn’t always ring true. “Growing up, I never resonated [with astrology] because I was a Capricorn,” she explains. “They were defined as very analytical and organized, very type A—and that never rang true for me, because as a kid I was much more creative. As I got older, though, I began to embody more characteristics of Capricorn—not so much the structure, but definitely my identity as a natural businesswoman and my ability to lead a team.”

A new perspective surrounding astrology began to burgeon after a reading from friend and Western astrologer Danielle Paige transmuted Ketabi’s relationship with astrology from quizzical to curious. The main lesson? You’re so much more than just your sun sign. “Learning about the nodes, the rising sign, how we’re ruled by different planets—with Vedic astrology, we move through different doshas—makes it seem ever-evolving, ever-changing,” says Ketabi. “It isn’t such a cut-and-dried thing.”

What are doshas, you ask? According to Ayurveda, your mind-body type is a medley of three energies, or doshas: Vata, Pitta, and Kapha. Associated with all elements, but predominantly air, fire, and earth, respectively, your dosha—or combination of doshas—affects your behavior, your physical form, and your dietary needs. In Vedic astrology (or Jyotish, a Sanskrit word that translates to ‘science of light’), each dosha also rules a group of planets: Saturn and the moon possess Vata qualities, the sun and Mars are Pitta, and Jupiter and Venus skew Kapha. “In Ayurveda, you always know the specifics of your birth chart, and can even do medical astrology based on it, so there’s a very strong correlation between Jyotish and Ayurveda,” explains Ketabi. “Most ayurvedic doctors will have a Jyotish background as well.” 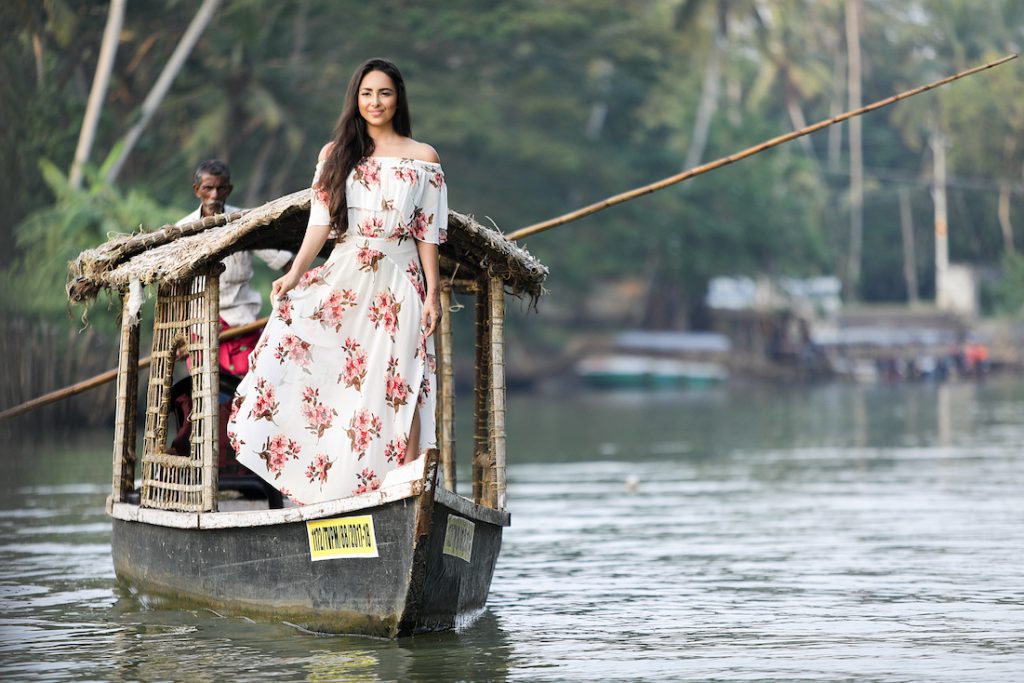 As much of Ketabi’s business centers on social media—she is a millennial, after all—it’s no surprise that platforms like Instagram have also influenced her take on Western astrology. “I feel like things have been shifting so that now every time there’s a new or full moon my entire newsfeed is dominated by it,” she says. “These [energetic] shifts are constantly happening, and it’s not as simple as, ‘we’re in Capricorn season right now so everything is going to feel Capricornian’—there’s an additional aspect.”

Ketabi’s aforementioned dietary program, Eat Right For Your Mind-Body Type, is defined by three simple lines: East Meets West, Ancient Meets Modern, Sacred Meets Social Media. The verbiage offers a perfect in sum, as these days, Instagram and other online spaces are gateways to wellness, spirituality, and the stars alike. “Having astrology become part of my social sphere, my everyday life, has definitely allowed me to understand it on a more day-to-day level.”

Sahara Rose Ketabi is the best-selling author of The Idiot’s Guide to Ayurveda and Eat Feel Fresh: A Contemporary, Plant-Based Ayurvedic Cookbook. She is a certified Ayurvedic nutritionist and the host of The Highest Self Podcast. Find her online at www.iamsahararose.com and on Instagram and Twitter at @iamsahararose