Welcome to Sports Astrology Predictions where we take a look at the astrology of competition in a bid to predict who will come out on top!

All sport is ruled by the planet Mars. The position and condition of this protective and combative planet has a significant, baseline influence on the outcome of all competition.

This week, Mars begins to escape the suffocating and irritating grip of a retrograde Mercury that has plagued all forward-moving action in the past week. Now the warmth and supportive rays of the sun will be briefly felt as the auspicious geometry of a trine begins to take shape. Enjoy this brief reprieve and save some of that sunshine for the rainy days ahead. Good vibes are always a winner!

We begin this week’s predictions on Tuesday evening and to baseball between Boston Red Sox and Tampa Bay Rays. Then later into the evening and to pre-season basketball where Chicago Bulls and New Orleans Pelicans meet up under the light of the Saturnian moon for a seriously entertaining game. Then to Sunday evening gridiron football between Carolina Panthers and San Francisco 49ers.

Tuesday evening at Fenway Park and to baseball where home team Boston Red Sox invite Tampa Bay Rays onto their turf. With an earthy and capable Capricorn moon shining a supportive light on the field, this will be a fiery contest of stamina and wit, especially with Rays left fielder, quirky Aquarian Randy Arozarena, using his own Capricorn moon to psyche out the opposition. However, it should be Red Sox first baseman edgy Sagittarian Triston Casas, with his random Aquarian Mars energy, who will carry the torch for his team. Boston Red Sox to win a strategic game.

Tuesday evening at United Center and to pre-season basketball, where home team Chicago Bulls meet up with New Orleans Pelicans. Under the determined light of a Capricorn moon, this will be a testing game, especially with Bulls center wild-card Aquarian Tristan Thompson, with his Taurean Mars triggering the action and attempting to control play. But it appears that it will be Pelicans center, gypsy moon Jaxson Hayes, with his extremely bullish four-planet stellium in Taurus, who will be on point and get under the skin of his opponents. New Orleans Pelicans to win a cut-throat game.

Sunday afternoon at Bank of America Stadium and to gridiron football where home team Carolina Panthers invite San Francisco 49ers onto their field. With a mysterious and intense full moon in Aries underpinning the action, all aspects of the game will be highlighted, especially with 49ers running back Leo moon Jordan Mason and his strong Taurean sun underpinning the action. However, it appears that it will be Panthers running back, eccentric Aquarian moon Christian McCaffrey and his extremely powerful Taurean Mars, who will be the one to call the shots. Carolina Panthers to win an intense game.

And that’s a wrap for this week in Sports Astrology Predictions. Until next time!

All information in this post is merely the personal opinion of the author and not that of Astrology.com or any other person, company or entity. At the time of publishing this article, not all team rosters have been finalized. All game times are rendered in local time. These predictions utilize the Sidereal system of astrology which is based on the actual link between the position of the planets with the fixed stars and constellations. Should any match be delayed by a significant amount of time (generally speaking 20 minutes or more), the original chart may not be valid and the prediction must be viewed with caution, if at all. 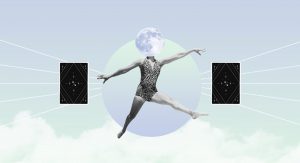 Your Weekly Tarot Reading for November 27 to December 3, 2022: Finish Strong! 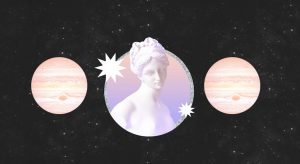