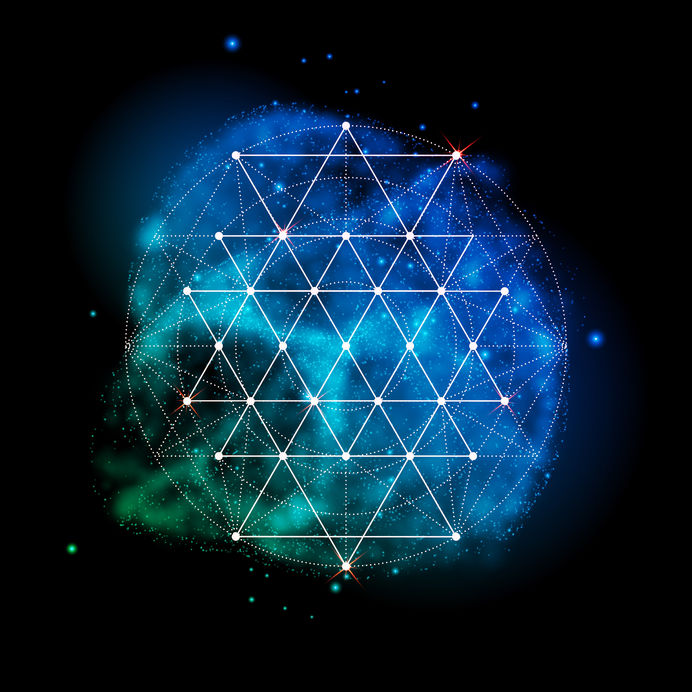 Today, the air itself might feel electric, fiery, untamed. You might feel helpless, tiny, anxious, overwhelmed. You could find yourself experiencing some level of existential crisis or profound uncertainty. With the sun and Uranus conjunct in Aries, don’t be surprised if you feel like an ant under a magnifying glass.

Thankfully, the sun will stabilize in the sign of Taurus tomorrow, and next month’s Uranus ingress into Taurus is considered by many to be one of the most important events of the cosmic year.

Meanwhile, Pluto prepares to go retrograde for the next five months, delving even deeper into the chthonic mysteries of the underworld, but with a special emphasis on Capricorn themes like finances, rules, and regulations. There is a serious air of anticipation as the sun and Uranus converse about what comes next for us and Pluto gathers his things to go back in time.

As a triad, these forces compare notes on the future, the past, and what humanity must ultimately learn.
Find out your past, present, and future with this in-depth reading.

The story of zincite is a complicated one, but here are the highlights, which are relevant to our cosmic week. In the 1970s, a faulty zinc-smelting process in Poland revealed gorgeous zincite crystals that had been inadvertently formed during the production process. This mistake granted us the opportunity to understand that under specific levels of heat and pressure, zinc can crystallize in a unique and glorious way. The brilliantly colored crystals have a phenomenal energy that fosters bonds between like-minded souls, enhances optimism, and instills true grit. Original Polish zincite is exceptionally rare now. I am lucky enough to have a few pieces, which are a magnificent luminous orange.

This type of zinc smelting has now been restricted due to the environmental impact of heavy metals pollution, which is, inarguably, a good thing. However, there is still zincite on the market around the world from various localities, bearing lessons for us about how to move to the next phase of our cosmic existence.

Even just understanding the story of zincite can be medicine today: a beautiful accident caused by unsustainable practices leading to a destructive blaze leading to a rare treasure that could ultimately lead us into the brighter light of a better future if we let it.

It is okay to feel small. It is okay to know there is much work ahead. And it is okay to be temporarily blinded by the dazzling light of imminent change.