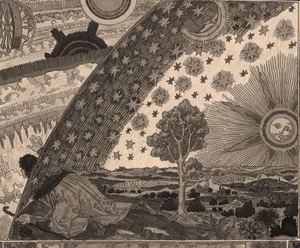 Move beyond your daily horoscope to uncover the complexities and intricacies of astrology. Read on to learn more about the technical and mathematical science of astrology.

Astrology is just one of those subjects: It's easy to learn but can take a lifetime to master. Most people are familiar with the most basic aspect of astrology, their Sun sign, and usually they can name at least one common trait of their sign. Sun signs are popularized through all the horoscopes that appear in daily newspaper columns, magazines and websites. Unfortunately, many people think that their Sun sign is all that there is to astrology. While it is a good place to start, there is a lot more to astrology than just the Sun's position!

Astrology is not a modern invention dating back only a few years, decades or even centuries. Astrology has been studied for millennia, and it dates back as far as recorded history. The original astrologers were priests and scholars, and they were looked up to as doctors and learned men. According to modern speculation, the Three Wise Men of Christian belief were astrologers! At that time, astrology was the same science as astronomy and psychology, whose modern descendants arose from astrology. In ancient times, the Greeks and Romans based their system of gods on what they believed was up in the sky. Zeus, who equates to Jupiter in Roman myth, and the other gods and goddesses were based on the planets visible to the ancients. Astrology was similarly popular in Babylon and Egypt, and it also rose in the Middle East, India and China.

Modern astrology has changed with the discovery of new planets: first Uranus in 1781, then Neptune and Pluto, as well as the four feminine-energy asteroids. These three planets have a stronger effect on generations as a whole rather than individuals, but they still have an important place in modern astrology.

Astrology is about the interaction between the planets (including the Sun and Moon) and the signs. The relationships between them and their interactions are mathematically based, and astrology studies these mathematical cycles. Each sign represents a different aspect of the whole human; Aries starts the cycle, representing the self, and Pisces completes it, representing the mass unconscious of all mankind. In between, every other sign carries the energy of a different phase of man's evolution within the universe.

In some ways, the forces between the planets involved in astrology can be simplified into one word: gravity. The Sun has the greatest gravity and the strongest affect in astrology, followed by the Moon, the Earth's satellite. The other planets are not truly satellites of the Earth, but nevertheless, they have gravity and so affect the Earth. The Sun controls the Earth's motion and the Moon controls its tides, but the other planets have their own effects on the Earth -- and on the people who live on Earth. Sometimes their influences can be so strong that they outweigh the Sun's energy!

Astrology can be understood as a philosophy that helps to explain life, rather than a type of mysticism that can be used as a predictive tool. Instead of discussing what the planets do to us, we can explain ourselves based on planetary indications. The signs work the same way: Each of the 12 signs is a unique combination of one of the four Elements -- Earth, Air, Fire, Water -- and one of the three Qualities -- Cardinal, Fixed, Mutable. The Elements and Qualities demonstrate that we are all part of the environment. There is a connection between all living things and all matter on this planet. Astrology ties humans together: We are all faced with the same planetary interactions, and we are all part of the same cycles.

Despite all these connections, astrology does not tie you to being a certain way, and it doesn't predict everything about you. Astrology explains the energy in your life and its potential challenges and possibilities. You can evolve from your chart. Astrology is about you. What you can learn from it can help you make a choice between free will and destiny.

In addition, astrology does not need to affect or change people's religious beliefs. In fact, most religions incorporate some idea linking the way you live your life to where you end up in the afterlife. Astrology deals with the same sort of idea through the concept of karma: What you do in this lifetime determines what will happen to you in your next lifetime. The philosophies are the same; they are just expressed in different ways.

There are many different categories of astrology. Medical, business and stock market astrology are often practiced for health or financial reasons. Weather astrology is popular in some areas. Mundane astrology is the study of politics and world events, while electional astrology helps people find favorable times or days to get married, start a business, begin a new job and so on. Horary astrology is predictive, studying questions based upon the specific moment they arise. The most popular type of astrology, however, is natal, which analyzes people based on their time and place of birth.

The Age of Aquarius is now upon us! This means technology is progressing forward, society's attitudes and values are changing and perhaps will slant more toward the radical. Astrology will become more accepted -- even part of mainstream thought! By creating this site and providing information about astrology that is both informative and entertaining, Astrology.com's hope is to move the perception of astrology past light entertainment to a more valuable tool for people to use on a personal basis, both with themselves and others. Enjoy!

Get intuitive advice to guide your personal journey.
Articles