What Are the Zodiac Symbols? 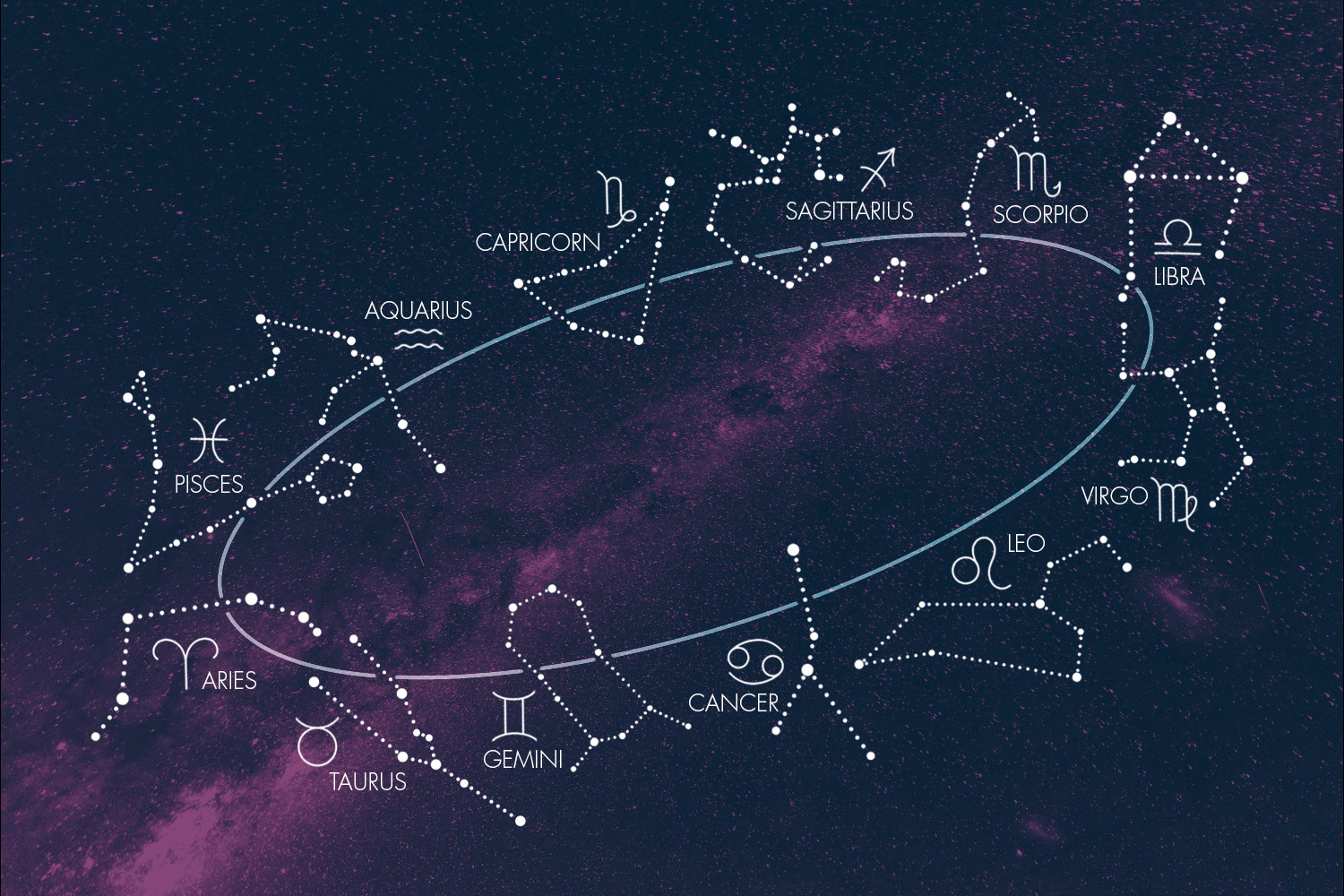 If you’ve ever looked at the zodiac wheel or a birth chart, you likely noticed a series of symbols that didn’t make sense. Let us help you out: Every zodiac sign is associated with various zodiac symbols (a “mascot,” if you will)—which range from animals to mythological characters to Greek gods and goddesses.

What Are the 12 Zodiac Symbols?

Why Use Zodiac Symbols?

These characters offer condensed information, so astrologers could easily convey data through the use of glyphs. The word “zodiac” comes from a Greek word that means “circle of little animals.” So, the zodiac wheel is rich with mythology and unique characteristics for each zodiac symbol and zodiac sign. Ancient astrologers looked to the heavens and divided the sky into 12 slices, affiliating a sign, story, and constellation to each section. This created the foundation of astrology as we know it.

But how is the Cancer zodiac symbol different from the Leo zodiac symbol? There’s actually very specific meaning behind each sign and the zodiac symbols that represent them. Here, we’ll go into more detail.

As the first sign in the zodiac, ancient astrologers recognize that the Aries zodiac symbol needed a strong signifier—and that explains the Ram.

The mythology behind this sign originates from a Greek legend that tells the story of a brave golden Ram, sent by the gods to rescue Phrixus and Helle (children of a king) from being sacrificed. Unfortunately, as they were making their escape, Helle fell from the Ram into the sea and perished. Her brother then sacrificed the Ram as an offering to Zeus, who gave the animal a place amongst the stars to commemorate its courage.

Its constellation and astrological symbol both include the shape of ram horns, to honor the strength and fearlessness of this magical creature.

As a Venus-ruled sign, we all know Taurus energy is a symbol of both beauty and love—and the Taurus zodiac symbol has the mythology to back it up.

The story behind this member of the zodiac takes us back to the days of Greek mythology, and how Zeus won the heart of the beautiful princess, Europa. Determined to earn the affections of this royal lady, he transformed himself into a stunning white Bull. Taken by the power and glory of this animal, Eurpoa climbed on its back and carried off to Crete, where she bore him a son. To honor this act of love, Taurus received a place amongst the stars.

The Taurus glyph shows the shape of a Bull’s head, with a circle and two horns protruding from the top.

Known as “The Twins,” Geminis everywhere set the standard when it comes to the importance of having a partner.

The story behind this cosmic archetype tells the tale of twin brothers, Castor and Pollux. They were talented warriors, fighting alongside some of the most epic heroes in Greek mythology. Sadly, Castor died in battle, leaving his brother completely distraught. Unable to envision a future without his most trusted ally, Pollux asked Zeus to let him join his brother in the afterlife. Touched by this request, Zeus transformed both of the brothers into the Gemini constellation, so they could shine together in the night sky for all eternity.

The Gemini zodiac symbol shows the brothers as two lines set side by side, connected in the glyph, as they were in life.

While Cancer signs tend to be nurturing and compassionate, the mythology behind it carries a violent story.

Hercules had orders from the gods to complete a series of tasks, which included defeating the sea monster, Hydra. However, this creature was a beloved pet of Hera’s, so she created a giant Crab with menacing pinchers to aid her beloved sea creature in battle. Hercules ultimately prevailed, crushing the giant Crab and killing the Hydra. As a reward for the Crab’s sacrifice and bravery, Hera gave it a place amongst the stars, creating the constellation Cancer.

The Cancer zodiac symbol shows two crab claws, allowing the story of this devoted servant to live on.

Leos have thick skin, a trait that has to do with its origin story.

The Nemean Lion was a fierce beast, with a coat of armor that made it impervious to arrows, swords, and other weapons. For this reason, it was a bit of a menace, kidnapping maidens as a way to lure warriors into its lair, where it would kill and devour them. Eventually, Hercules went to defeat this magnificent beast, which he did with his bare hands. Once the battle ended, Hercules skinned the animal, using its pelt to make armor for himself. In an effort to commemorate the glory of this battle, the gods gave the Lion a place in the cosmos.

Today, the Leo zodiac symbol depicts the head and pelt of the Lion, showcasing the strength it represents.

The emergence of Virgo relates to a variety of mythological stories. It has ties to many different cultures, all depicting Virgo as a beautiful goddess.

Babylonian folklore paints her as the goddess of fertility (Ishtar), the Romans believed her to be the goddess of Justice (Astraea), while the Greeks equated her to the goddess of harvest (Ceres), as well as her daughter (Persephone). The one common thread amongst these myths shows a caring, pure, benevolent goddess, with the intent to help others. It’s through these myths that Virgos receive their helpful nature, and they are perhaps one of the most accommodating members of the zodiac.

The Virgo zodiac symbol shows an “M” with a curved circle coming out of the last leg—which represents the innocence and introspection that comes with this sign.

No sign understands the importance of balance, light against dark, and “right vs. wrong” quite like a Libra does.

This sign’s mythological origins relate to Themis, the Greek goddess of Justice. She created the laws that rule humans, nature, and the divine—ensuring order amongst all realms. She often holds the Scales of Justice. Her daughter, Astraea, carried to the heavens so that they could have a place amongst the stars.

Libra season also kicks off the Autumn Equinox, when the days and nights are equal in length. The constellation itself outlines the shape of Scales, adding weight to the theme of balance this member of the zodiac upholds.

Of all the zodiac symbols, Libra’s shows two parallel lines, with the top line housing a large curve. This represents the sun setting over Earth, and the duality of night and day.

When looking toward the heavens and examining the mythology of Scorpio, quite a tale unfolds.

In Greek mythology, Orion was a great hunter. Today, Orion is most commonly known as a constellation. Orion was extremely athletic and charming, with the ego to match. One day, he declared himself so skilled at hunting that he would kill every creature on Earth. Such bold claims gained unfavorable attention from Apollo, the sun god, and Gaia, the goddess of the Earth. The two conspired against Orion, creating a giant Scorpion meant to hunt the hunter. Orion ultimately lost his battle against the giant Scorpion. Zeus gave them both a place in the sky (on opposite ends, so they could no longer duel).

Scorpios represent death and transformation, making this the perfect origin story for this member of the zodiac. The Scorpio zodiacs symbol looks much like an “M” with an arrow coming out of its side. Though, if you consider the shape of a Scorpion and its stinger, you can easily see where this symbol’s inspiration.

Sagittarius natives are optimistic, outgoing, generous, and philosophical in nature.

The origin story for this sign introduces us to the centaur, Chiron. Many centaurs were known to be beasts, but Chiron had a more cultured disposition. He had knowledge of healing, hunting, and the arts. He was respected by the gods—especially for his ability to cure ailments. One day, Chiron accidentally got shot with a poisoned arrow by his friend Hercules. The pain was excruciating for him. However, he was immortal and could not die. Ironically, talented as he was at healing, he could not save himself from the suffering he endured. In an act of kindness, he decided to take the place of Prometheus, who was enduring daily torture as a form of punishment. To reward Chiron for his altruistic act, Jupiter gave him a place amongst the stars.

The Sagittarius zodiac symbol is an arrow, which represents the talented hunter he was.

Capricorns are earth signs—they’re grounded, ambitious, loyal, and strong. The origin story behind this sturdy sign has many different tales to choose from, though a favorite amongst astrologers comes from the saga of the god, Pan. Pan was half-man/half-goat and ruled over the forests in Greek mythology. One day the giant beast, Typhon, appeared and wreaked havoc on the land. In order to escape, Pan jumped into a river and the bottom half of his body transformed into a fish’s tail. He successfully made his escape, but saw that Typhon was making his way toward Zeus. He jumped into action to save him. As a reward, Zeus promised to place his image amongst the stars so he could be remembered forever.

Aquarius is an air sign—even though it’s zodiac symbol is the “Water-Bearer.”

Greek legend has it that Zeus had come down to Earth one day, disguised as an eagle. He came upon a prince, Ganymede, who was breathtakingly handsome. Taken by the beauty of this royal young man, Zeus made the decision to bring him up to Mount Olympus. On Mount Olympus, Ganymede received the job of cupbearer for the gods. As a reward for his service, Zeus granted him everlasting life and eternal youth. Ganymede was also given a place amongst the stars, birthing the Aquarius constellation.

Zodiac symbols vary, but Aquarius’ zodiac symbol appears as two waves of water, resembling the liquid he poured for the gods he catered to.

Pisces are adaptable, sensitive, and one of the most compassionate members of the zodiac.

The history behind the mythology of this sign showcases its caring nature, bringing us back once more to the terror of the monster Typhon. In this story, Aphrodite and Eros found themselves at risk for the creature’s destruction. Just as the monster approached, two koi fish appeared, rescuing the pair by allowing them to jump on their backs. They carried Aphrodite and Eros to safety, and as a sign of her gratitude, Aphrodite gave them a place amongst the stars.

The Pisces zodiac symbol shows two curved lines with a straight line running across the middle of them, representing the Two Fish and their connection. 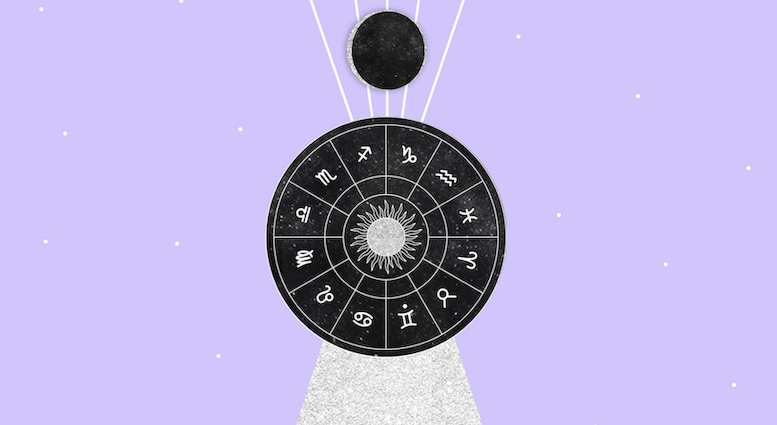 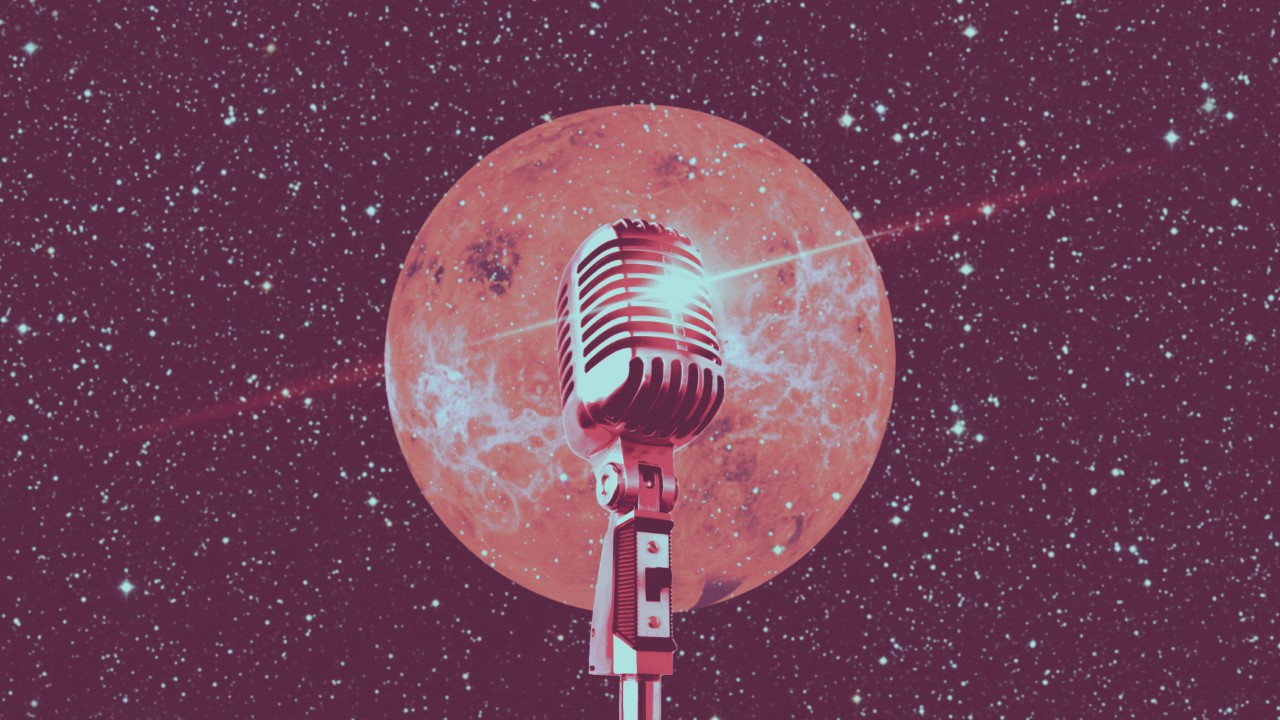 Venus in Gemini Prompts You to Speak From the Heart