Last Week's Black Hole Image Was Written in the Stars 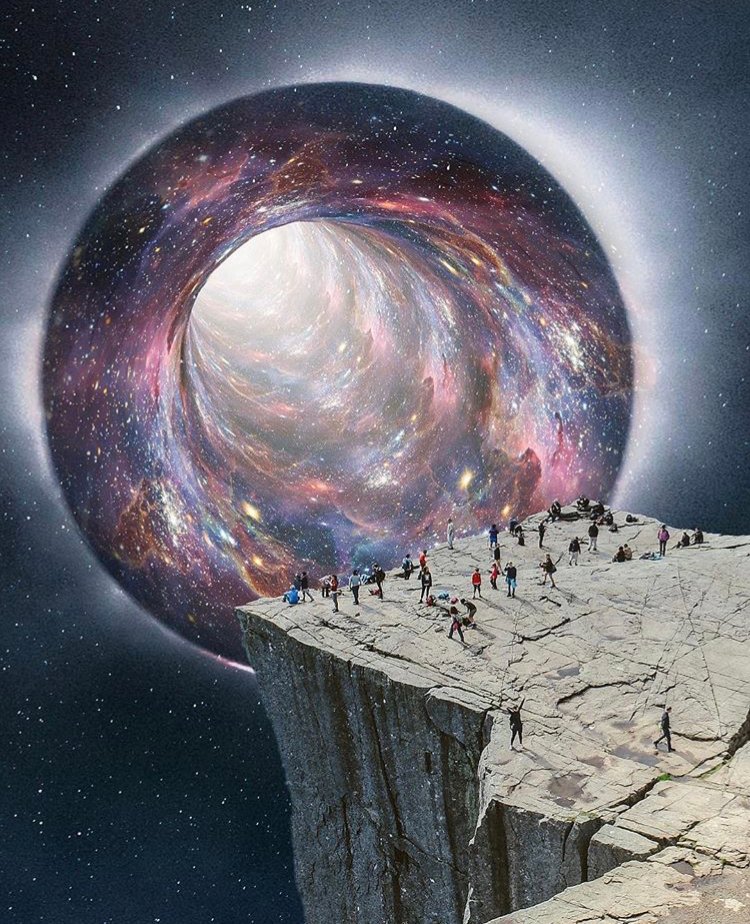 Last Wednesday, Katie Bouman, a 29-year-old scientist, made history by capturing the first-ever photograph of a black hole. Planted firmly inside the Messier 87, a galaxy nearly 54 million light-years away from earth, is Virgo A, which sits inside the Virgo constellation. Scientists and astrologers have long theorized about black holes, but the photos provide undeniable proof.

We’ve been talking about black holes for more than 100 years thanks to Albert Einstein and his theory of general relativity. And Virgo A is hardly the first black hole astrologers have studied—our very own Milky Way has a black hole of its own, Sagittarius A. (Because of the proximity, some astrologers actually take it into account when interpreting charts.)

So, what is a black hole and how does it affect our birth charts?

A black hole is a (mostly) fixed, collapsed star that does not move along an orbital path like planets do. They possess an overwhelming gravitational pull and consume matter with such a force that not even light can escape its grasp. While black holes do shift in space over time, it’s at such a minimal rate that it’s barely noticeable in our lifetime (it took 72 years for Sagittarius A to shift 1 degree).

Let’s take a look at what was happening in the stars on April 10 that could have influenced such a landmark discovery.

On April 10 we had a stellium in Pisces—Mercury, Venus, and Neptune all resided in the mystical sign. Pisces rules the 12th house in the zodiac—it’s healing, wise, compassionate, transformative, and spiritual. The 12th house is also where we struggle with hidden psychological problems. When we have planets in Pisces, we pick up on its energy. Pisces can dive deep and are intrigued by mystery. When Mercury, the planet that rules communication and intellect, lands in this enigmatic water sign, we can find ourselves leading with esoteric questions—pondering the meaning of life and exploring our emotional depths and limits. Having an intellectual planet like Mercury in Pisces sheds light on why the photo was revealed during this transit.

Neptune’s influence is also at play here. Neptune can be confusing—it’s Pisces ruling planet and the natural ruler of the 12th house. It’s a planet that fuels illusions and fantasies. It also rules compassion—people who have a strong Neptune influence in their charts can make amazing healers or therapists thanks to their overwhelming desire to help others. In the astrological world, black holes are seen as forces that precipitate change and transformation by forcing us to acknowledge our vices and unconscious limiting beliefs, addictions, or weaknesses. They can trigger us to recognize patterns that are hard for us to break on a conscious level, which supports Pisces and 12th house energy and nature. The balance between altruism and the desire to bury our deepest psychological wounds with vices is very Neptunian in nature. It’s often times the most compassionate humans, who feel too much and too deeply that find themselves overindulging and escaping through vices. The heavy Pisces, Neptune, and 12th house influences on April 10 make for an ideal day to reveal photographic proof of Virgo A.

On April 10, Neptune and Mercury, both in Pisces, also formed a conjunction, which could support a mystical discovery of this magnitude. We also had Jupiter go retrograde in Sagittarius—a time to pause, a time of luck, and a time to revisit unfinished business or opportunities. Sagittarius rules the zodiac’s ninth house of travel, expansion, and higher learning on a global (in this case, let’s think universal) scale. It’s also the traveler in the zodiac (hello, space travel), and encourages the consumption of knowledge and learning. Sagittarians are also very philosophical creatures, always questioning. This transit, as Jupiter retrogrades through Sagittarius, allows us to pause and take a profound look for deeper discoveries.

The final factor: All of these transits and planets are taking place in mutable signs. In the zodiac, our mutable signs (Gemini, Virgo, Sagittarius, and Pisces) encourage change. They’re adaptable, and in some way, each have an incredibly mental depth to them that loves to absorb knowledge. Both black holes, Sagittarius A and Virgo A, are located in mutable signs—inspiring change and expanding how we perceive the universe and space. For Virgo A, it’s in a sign that’s known for service-oriented dedication to those they love. It takes this type of dedication, discipline, and selflessness to face our shadow sides that black holes ask us to confront.

What Does It Mean for Your Birth Chart?

Get your free birth chart!
Do you have any natal planets located within 4º of Virgo A’s current placement of 1º Libra? (Cheat sheet: That would be any planets that are between 27º–29º Virgo or 0º–5º Libra?) If so, depending on the aspect and planet Virgo A touches, you might find it has a stronger influence in your birth chart—a calling to face what’s holding you back in that aspect of your life and an unbearable need to transform it.

Art by Louise B.