Martian Plants Will Have You Hot and Bothered

According to the doctrine of Babylonian melothesia—the science of zodiac signs and the human body—it was thought by the physicians of the Classical and eventually the Medieval and Renaissance periods that the seven visible planets have energetic correspondences on Earth, and that their qualities are reflected in our bodies and constitutions. The planets’ qualities were also observed in the flora, fauna, and minerals of our natural world, and held clues as to what cures they were useful for.

Nicholas Culpepper, who had an intimate understanding of astrology and herbalism, is famous for this quote, which reveals the value once placed on astrology and medicine belonging together: “Physick (medicine) without astrology is like a lamp without oil.” Though this cosmology is no longer the prevailing worldview, it is alive and well in the arts of medical astrology, herbalism, and magic, providing a means for us to come into relationship with planetary and plant allies in our holistic practices. Knowing astrology and the qualities of the planets is a “lamp” that illuminates a map to understanding our bodies and their connection to nature and the cosmos.

In this series, we will introduce the correspondences between each of the seven classical planets and the plants they are associated with; we will explore how to see planets in plants so that we can identify their nature. Finding plants in their environments gives us clues as to their uses and qualities, as they have adapted to environments that are similar to imbalances in our bodies we need to treat. Working with these plants medicinally invites their quality into us so that we may take on their balancing effects, helping us enjoy herbs in our daily lives with more confidence and clarity.

Your Vedic astrological chart contains the wisdom of the ages.

[Note: This series is for entertainment and inspirational purposes only, and not intended to replace licensed medical care.]

Mars as a planet signifies the opposite forces of Venus. Both are connected to sexuality, with Venus representing the attraction and affection of sexual pleasure and Mars representing the libido, or instinctual sexual drive and appetite. Where Venus is relationship, attraction, mutuality, and cohesion, Mars rules over the separative forces expressed in quarrels, competition, contentions, and strife. Venus’ forces mend and join where Mars’ forces cut, pierce, and destroy. Traditionally, Mars is known as an extremely hot and dry planet in its influence, its qualities somewhat inimical to life. When expressed in the body, Mars’ imbalances present as inflammation, infection, and overactive acidity, along with the pain associated with these states.

Read me: Is It Pretty and Sweet? It’s Probably a Venusian Plant

The polarity between Venus and Mars is important to note, as Venus’ cooling and nourishing remedies and foods can be the antidote to imbalances of Mars’ hot symptoms. Similarly, Mars’ heating and drying remedies can be stimulating and clearing of excess Venusian moisture in the system, which can cause congestion, sluggishness, and blockages. We can know Mars’ remedies by their sympathy, or “likeness” to Mars, identified by bitter and sharp tastes and heating and stimulating properties. Mars remedies can also be in antipathy, meaning they are antidotes to Mars imbalances, imparting cooling, soothing, or heat-dissipating properties.

A major organ system traditionally attributed to Mars is the gallbladder, and its storage, concentration, and excretion of bile. This extremely bitter fluid (Mars) breaks down fats and assists digestion. Iron—the metal associated to Mars in magic and weaponry—is an important component of our blood, placing this vital fluid under the rulership of Mars, as well. The health and quality of our blood is connected to our immunity, our capacity to fight off infection, which provides our martial vigor and strength. Mars’ health conditions include gallstones, anemia, migraines, fevers, burns, blisters, boils, abscesses, poisoning, irritation of the genitals, and any disorders caused by excessive anger. Cold sores and shingles are common Mars type infections, preceded by a hot, prickly “pins and needles” sensation that arises when the body is overheated and immunity is compromised by stress.

The cardinal fire sign Aries, one of Mars’ signs, rules the head in medical astrology—likely origin of the saying “hot-headed” when referring to an angry, temperamental person. It was thought that an excess of heat in the organs could rise up to the skull, making Aries people—or anyone with active Mars in their constitution—vulnerable to migraines, fevers, high blood pressure, and injury to the upper vertebrae of the neck. Mars, being extremely hot and dry, combines with Aries, a hot, active, dry sign, to create a choleric type constitution, which has a fast metabolism and is prone to overheating, dryness, and inflammation.

Through nocturnal Scorpio, the zodiac sign known for its martial, poisonous defenses, Mars’ energies are focused on the posterior of the body, in the bladder, genital, rectal, and eliminatory functions. Where Mars’ heat tends to rise to the head in Aries, it concentrates in the abdomen in Scorpio. Hot and dry Mars blends with the cool, moist and fixed qualities of Scorpio to create a phlegmatic and choleric constitution, a combined temperament that can be prone to fluid retention and trapped heat. Reproductive disorders, genital inflammation, and prostate imbalances are connected to Mars in Scorpio, body systems that can be vulnerable to heat and fluid blockages that result in swelling and infection.

Is anything in retrograde right now?

We can find Mars’ plants growing in Mars-type environments: hot, dry, sandy, and rocky desertlike conditions. They often have protective spikes or thorns, as in aloe, cacti, and thistles. Mars plants can also be identified by the prime Mars color, red, as in chilies and peppers. Often, Mars plants have bright red, or reddish-orange flowers that are more angular and pointed than Solar flowers, which tend to be disc-like or circular, or Venusian flowers, that are soft, ruffled, and delicate. Mars plants taste hot, pungent, sharp, or bitter, as in ginger root, garlic, peppers, leeks, onions, and radishes. These plants tend to warm the stomach, stimulate bile and aid in digestion, and can also speed the metabolism and increase blood circulation.

Stinging nettle can be found growing in the countryside, often near human habitation. It grows well in soil that has been fertilized by phosphates and nitrogen found in animal waste. Stinging nettles have gained their name from their tiny hypodermic richomes, which inject histamines into the skin and cause the signature stinging effect on harvesters’ fingers. Nettle’s sting is a known rubefacient, meaning it draws heat out of the core of the body to the surface of the skin to help it dissipate. A folk use for nettle involved flogging the skin with it’s leaves, using it’s stinging effect to clear the swelling and pain of rheumatism. On a scale of 1-4 in potency, nettle was considered by Nicholas Culpepper to be hot and dry in the 3rd degree. Traditionally, nettles were used in many medicinal ways, including heating the stomach, spleen, and liver, to remove stagnation and improve digestion. Nettle was thought to be an antidote to poisoning, and is a known antilithic, meaning it’s tea or tinctures can clear kidney, bladder, or gall stones. Spouting in Aries season in the Pacific Northwest, this plant is an excellent food source, known to provide minerals and vitamins to build healthy blood and immunity.

Thriving in hot, sunny, tropical climates, cayenne pepper is another important Mars plant with medicinal properties. Its bright red color and pointed shape identify it as a hot Mars-type remedy. It’s scientific name, “capiscum,” is derived from the Greek word “to bite,” as its flavor is spicy and biting to the tongue. Its active constituent capsaicin is known to block Substance P (a neurotransmitter that sends pain signals to the brain) in the body.. Cayenne salve loaded with natural capsaicin is a great pain-relieving balm, heating and comforting for diabetic neuropathy when massaged into sore muscles, arthritic joints, or a cramping abdomen. Nicholas Culpepper cites cayenne, known by him as the “guinny pepper” many times in his Renaissance herbal texts as a prime plant for improving circulation, digestion, and clearing congestion. Studies show that cayenne’s culinary uses not only stoke the appetite and improve digestion, but can also increase the metabolism up to 25% with its heating and stimulating properties. Feel the caloric burn! 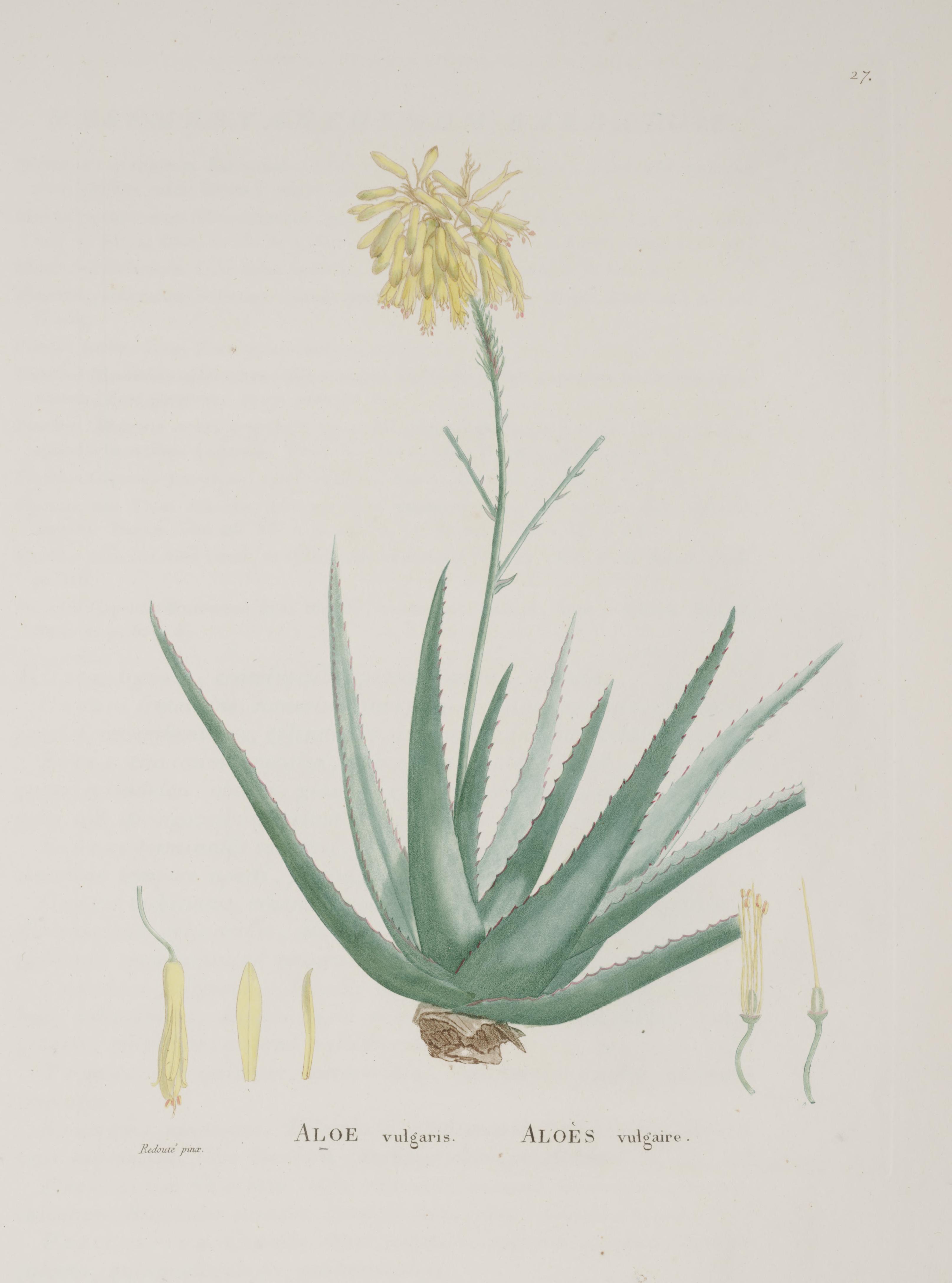 Found growing in and adapted to the most martial, desert environments, Aloe vera has all of the appearances of a Mars plant: its thick spiky fronds resemble daggers, and it’s dramatic, bright red inflorescence flower structures resemble hot pokers. Interestingly enough, Aloe vera is of the lily genus of plants, a flower type that typically grows in wet conditions and is under Venus’ rule. Hidden underneath Aloe’s tough exterior are its remedial properties: a cooling hydrophilic gel that is an age-old cure for irritated and sunburned skin. Aloe vera juice is known to be a cleansing and detoxifying cholagogue, meaning it promotes the clearing of bile from the gallbladder and liver, helping to reduce heat and toxins that can build up in these organs. This action lowers cholesterol, improves fat metabolism, and reduces congestion in the lymphatic system. Known in Ayurvedic medicine as “kumari” or “young girl,” collagen-rich Aloe has been used topically for centuries in India to rejuvenate the skin, and internally to cool and hydrate the body, to preserve youth, and improve fertility.