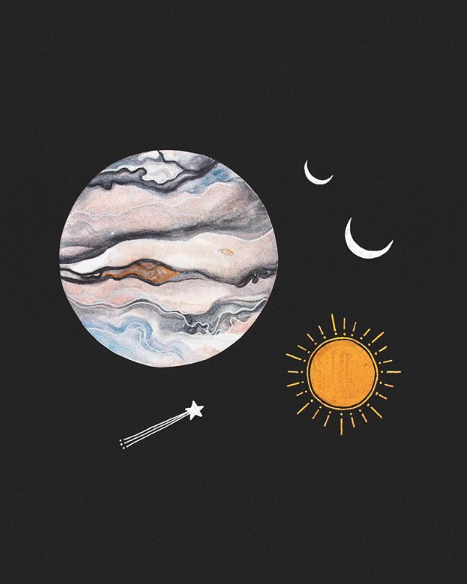 Jupiter enters Capricorn on December 2, 2019 and will exit Capricorn to enter Aquarius on December 19, 2020.
Jupiter chases the horizon—with a new horizon always in sight. Jupiter’s transit in Sagittarius, its home sign, has brought a return of optimism, expansion, and new discoveries, drawing us beyond known boundaries to explore unexplored potential in the area of the chart ruled by Sagittarius.

Jupiter’s influence is essentially benevolent, but it tends to magnify what is. There’s been an expansion of consciousness, wisdom, compassion, and knowledge, but that’s come with a need to confront the truths that have surfaced honestly. You can run from the truth, and you can hide from the world, but not from yourself. Jupiter asks that we move beyond judgement of truth and the duality of good or bad to learn from our experiences. Wisdom born of experience is Jupiter’s highest teaching.

At a mundane level—globally as well as personally—there has been an emphasis on matters surrounding travel, international connections, legal matters, immigration issues, matters surrounding higher education, spiritual and religious studies, and humanitarian efforts, to name a few. Jupiter connects the individual to a larger world. This is Jupiter’s once in 12-year transit in its home sign, so we can expect situations to reach a critical mass by the end of Jupiter’s transit in Sagittarius, paving the way for a new world.

Jupiter and Saturn are the two teachers of the solar system. Jupiter teaches through a process of expansion, exploration, and philosophy. Saturn brings life (karmic and mortal) lessons through duty, dedication, discipline, and mastery.

Capricorn is the third earth sign, the sign of material and worldly success. Mythologically, Jupiter is the king of the gods. Jupiter in Capricorn has the energy of King Midas, who had the ability to turn what he touched to gold—“The Midas Touch.” But in his greed, he accidentally touched his daughter, turning her into a statue, and in other versions of the story he died of starvation, being unable to consume food.

With this transit, it’s important to remember that you can’t eat money, and money can’t buy you love. Care needs to be taken to prevent Jupiter’s tendency to go to extremes, greed, hunger for success, lavish lifestyle, and material wealth eclipse what is truly important in life—one’s humanity.

Capricorn represents the peak of human consciousness and Jupiter represents spirituality. At the highest level, this transit is a chance to grow into and embody the divine consciousness within you. It is an opportunity to share one’s wealth and good fortune, materially and emotionally; to embody wisdom, virtues of kindness, compassion, and temperance.

Jupiter in Capricorn is a reminder: only humility precedes true greatness. As Jupiter moves through Capricorn it makes a series of aspects to personal and outer planets, suggesting a busy and productive year ahead, with the potential for expansion on all fronts: personal, financial, creative, and business.

Read me: Jupiterian Aspects and Practices: Enhance Your expansive Nature

-Most beneficial for:
With Jupiter in earth sign Capricorn, the transit will be most beneficial and easy for the fellow earth signs Taurus and Virgo; marking a time when life can flourish, bringing opportunities to thrive, and for tangible growth.

Capricorn will be a direct recipient of Jupiter’s benevolence. But Jupiter makes three conjunctions to Pluto and the south node, suggesting a dual process of purging the old and dying, making room for growth and building on new solid foundations.

Cancer natives will benefit from Jupiter’s benevolence through relationship, with partnerships offering protection, good fortune, and support at best. This is also a once-in-12-year transit when one is likely to meet or deepen a commitment with a significant other. One caveat: with Jupiter meeting Pluto, Cancer must move past superficial conditioning surrounding relationships and attachments to material desires.

-Most challenging for:
Aries, and Libra will have to work harder under this influence, but the rewards will be well worth any sincere effort toward progress.

-Most intense for:
Gemini and Leo, too, will have to stretch their efforts to access the maximum benefits of this transit. Initially, this might feel like having to make uncomfortable adjustments that require precise handling, but ultimately Jupiter will reward your efforts. 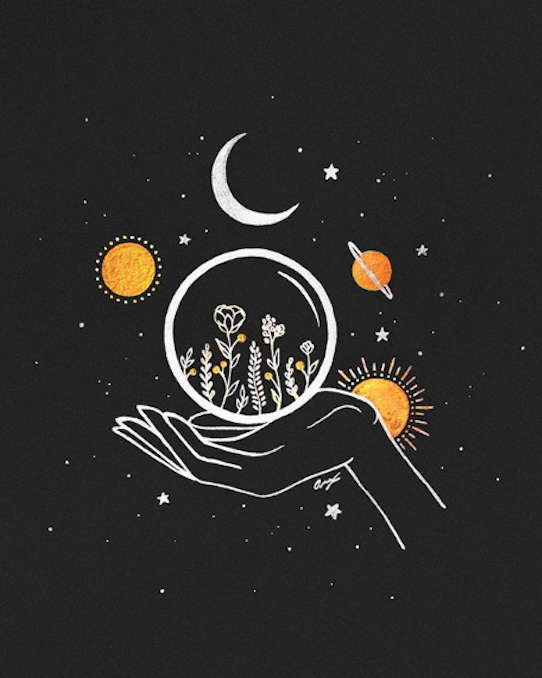 May 10: Mercury in Taurus trine Jupiter at 27° Capricorn

May 14: Jupiter stations retrograde at 27° Capricorn

May 17: Sun in Taurus trine Jupiter Rx at 27° Capricorn

December 27: Sun conjunct Jupiter:
The sun-Jupiter conjunction marks the “luckiest” day of the year; when a sense of benevolence, good fortune, and abundance abounds. It’s a day to practice gratitude and count your blessings.

August 4: Mars in Aries square Jupiter at 19° Capricorn:
Mars’ square to Jupiter marks a moment of personal triumph, victory, and turning a corner in the larger story of the year.

August 25: Venus in Cancer opposition Jupiter at 17° Capricorn:
Venus does not meet Jupiter in Capricorn, but she does oppose Jupiter, bringing a confrontation and magnification of desire. This could spell for over the top luxurious, lavish experiences (it’s all relative), but the danger towards leaning to excess is high. Be wise with your resources so you don’t overspend or overdo it. It’s important to know when you’ve had too much of a good thing.