What’s the Difference Between a Lunar and Solar Eclipse? 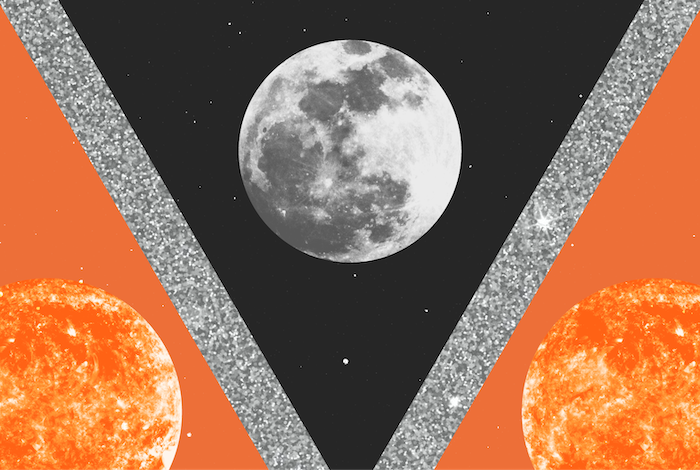 Eclipses take place when the earth, sun, and moon all align. There are, however, different types of eclipses: lunar and solar. Each type of eclipse differs in terms of positioning and the astrological meaning. Below, learn more about lunar vs. solar eclipses, what they mean, and when they’ll happen next

A lunar eclipse occurs where the moon, sun, and earth align perfectly. The Earth’s shadow, as a result, conceals the moon’s light.

“Lunar eclipses occur when there is a full moon occurring within 17°25’ of the North or South Node of the moon,” says Dana DeFranco, an astrologer and co-host of the Allegedly Astrology podcast. Lunar eclipses are not usually visible in America, DeFranco adds, but tend to be fully visible in South America and other countries that are closer to the ecliptic.

The meaning of a lunar eclipse goes way back. “Ancient people believed lunar eclipses were malefic or extreme events—with the light of the moon obscured, so was the way forward,” DeFranco says. “In other words, eclipses were associated with natural disasters and the potential apocalypse.”

Today, lunar eclipses are still considered malefic events. “They are markers for great beginnings and great endings in our lives,” DeFranco says. Specifically, lunar eclipses are often associated with significant changes in relationships, such as forming a commitment, breaking things off, or a culmination point of some sort.

Everyone can typically feel the effects of a lunar eclipse in one way or another and how exactly it’ll affect you depends on your birth chart. Generally, though, DeFranco advises “tolerating discomfort and uncertainty without trying to control any situation.” Simply put, work on letting things go. “You will be forced to surrender either way.”

“Solar eclipses occur when there is a new moon occurring within 17°25’ of the North or South Node of the moon,” DeFranco says. “This is when the moon, sun, and Earth are in perfect alignment, and the moon can be seen passing in front of the sun, obscuring the sun’s light on Earth.” Solar eclipses, she adds, are rarely visible in America. The last visible one was in 2017.

Like lunar eclipses, solar eclipses are also deemed malefic events and were particularly significant for ancient people. “The sun was their main source of light, and solar eclipses were basically a time of total darkness during regular daylight hours,” DeFranco says.

Think of a solar eclipse like a new moon, only way more amplified. “It signifies major beginnings in our lives that we never could have seen coming,” DeFranco says. And a new beginning, she adds, can often look like a significant painful ending, such as quitting or losing a job.

As for differences in meaning, they are similar to the differences between a full moon and a new moon. “Full moons and lunar eclipses signify major events, realizations, and culmination points in our relationships,” DeFranco says. “New moons and solar eclipses signify fresh starts, not being able to see the way forward, or not having all of the information or experience yet.”

Do lunar eclipses only happen at night?

Nope! Lunar eclipses can happen at any time of day, DeFranco says.

How does a lunar eclipse occur?

A lunar eclipse occurs when the moon, sun, and Earth align, and the Earth’s shadow blocks the moon’s light.

How common are lunar eclipses?

Pretty common. “They happen at least twice a year and no more than four times per year,” DeFranco says.

When is the next eclipse?

Does the Full Moon Affect Sleep?