This Tarot Card Wants You Live Your Dreams 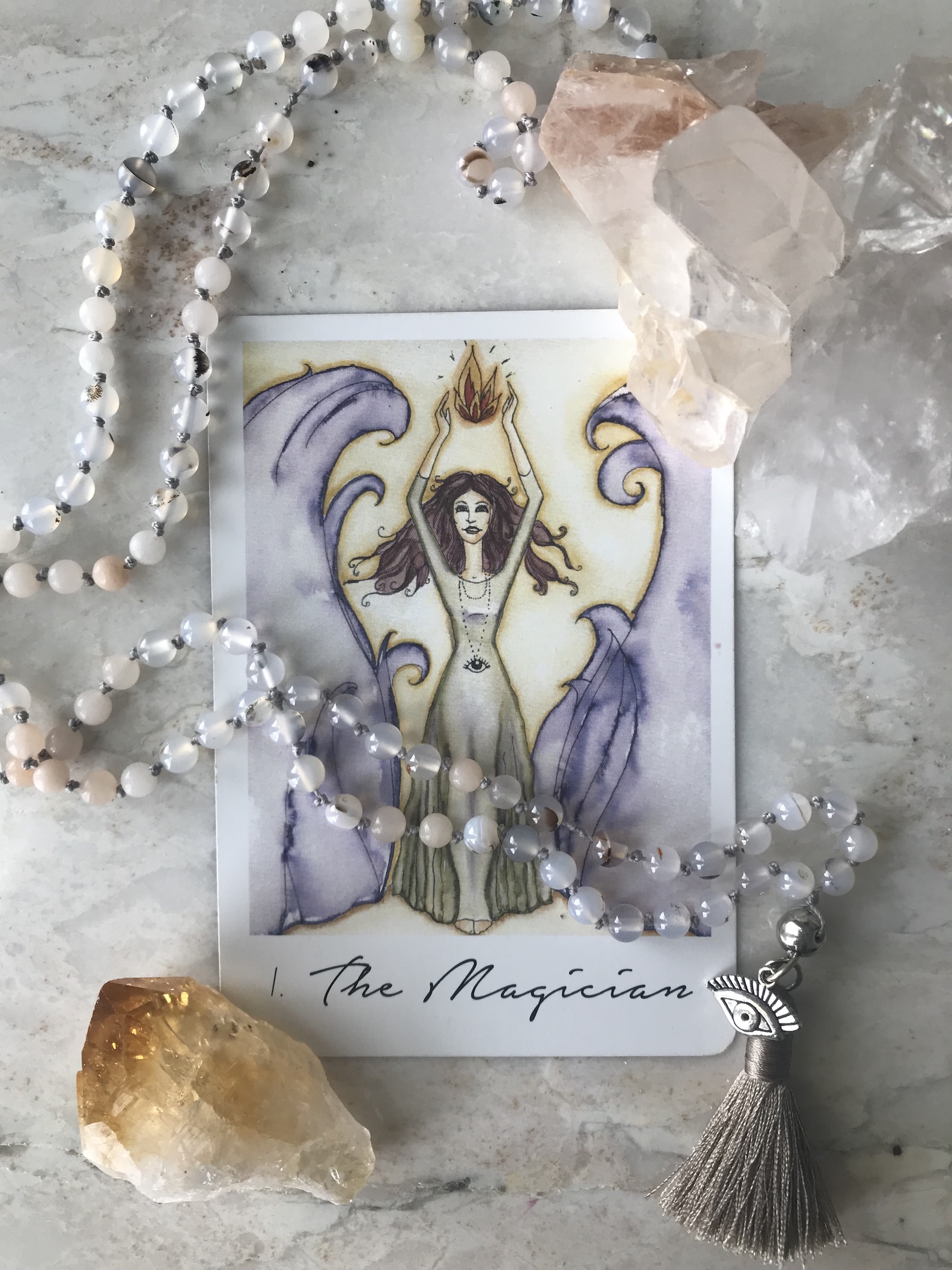 In this series, Jamie Richardson of Ember + Aura Tarot explains how to embrace the message of each major arcana card.

The practice of Tarot takes you by the hand and leads you down your own heart’s path to self-realization. The Fool’s journey continues with the fiery Magician, the second of the Major Arcana. Now that you’ve received a wink of approval from the loving universe, it’s time to plant your feet and manifest your biggest—and baddest—dreams into existence.

At first, you may feel some hesitation at playing this awesome role, especially if up until now you’ve enjoyed a “sit back and let it unfold” approach to life. But you’ve also likely sensed a shifting in the energetic tides around you, and even dared (or nearly dared) to ask for what you most want. This is your inner Magician beckoning you to roll up your sleeves and pick up your wand.

Though powerful, The Magician also has perspective and knows that he is only a component of a greater whole—and that numerous elements and forces will play a critical part in any event. His feet must be planted firmly on the earth, his emotions in a steady state of flow, his thoughts focused and unruffled, and his energy ablaze with intention. Most importantly, The Magician performs his work before the audience of the Divine and knows that he is a but co-creator of her vision. Bringing his highest ideals down to the Earth’s plane is a form of reverence. A mother teaches her child to walk, then sits back and laughs as the child demonstrates her ability to run on her own; this is the dance between The Magician and the creator.

Discover what’s in the cards for you!

When you draw The Magician, it’s time to put on your power suit. Be the first to raise your hand if you know the answer. Look your boss in the eye. Set your shoulders back when you walk. You deserve to be here as much as everyone else, and you have something to contribute.

The Magician performs his work boldly, with an intense focus on her desired outcome. He comes in handy during a crisis or difficult transitions. In reality, he is just your inner fire personified—and it’s time the two of you met. Follow hin resolutely and throw timidity to the wind. He is here to teach you that every day and every situation are crying out for your own personal brand of magic.