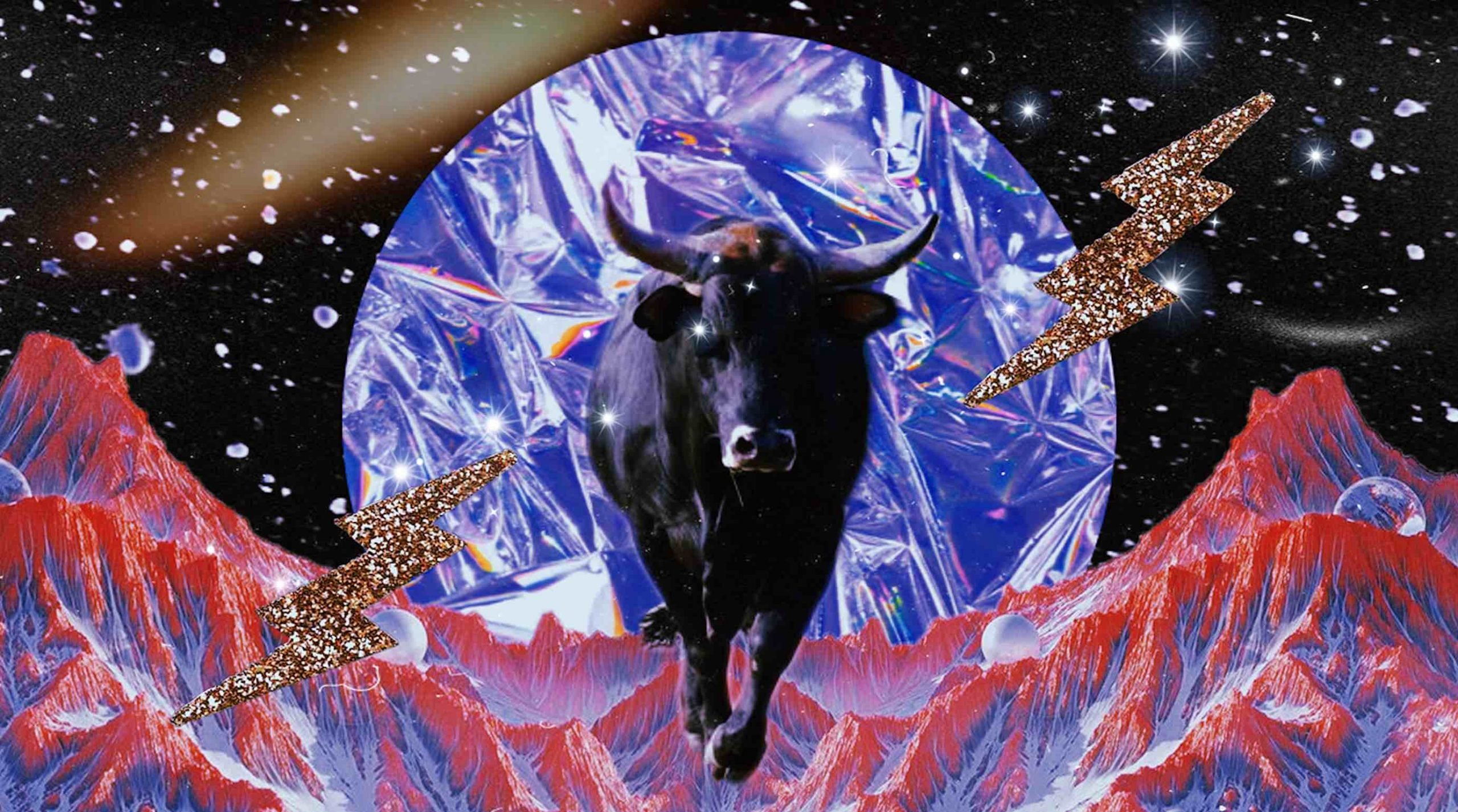 Uranus is known as the planet of revolution and rebellion. It brings change on a grand scale. When in Taurus (its least favorite sign to be in), it creates change around the foundations that we have built our lives on. Structures fall, the way we invest our money and source our food is radically different than before, and relationships evolve and grow in different ways.

Being that Uranus is the only planet, other than Venus, which is in the opposite rotation of the earth, the retrograde is a planetary slowdown that allows us to understand matters on a deeper level. Now, we can understand why global growth and advancement are important instead of just doing it.

Aug 26: Today brings a square between Venus in Leo and Uranus retrograde in Taurus. This will push us to seek freedom in partnerships that don’t allow us to be our true selves.

Nov 5: Venus in Scorpio will form an opposition with Uranus in Taurus. The way we partner and love will be unique and precious during this time. We may also want our freedom from those we are in relationships with, which may create breakups and shake-ups in matters of romance.

Nov 8: Mercury in Scorpio will form an opposition with Uranus in Taurus. This will allow us to see and understand things that we haven’t before.

Nov 9: Today brings the Sun in Scorpio in opposition with Uranus retrograde in Taurus. This will give us the strength to identify as the unique individuals that we are.

The fixed signs will be feeling Uranus retrograde the most. This means that the signs Taurus, Leo, Scorpio, and Aquarius will be making major transformative changes that will have their worlds shaken up for the better (although it won’t feel like that at first).

The cardinal signs (Aries, Cancer, Libra, and Capricorn) will experience thrusts in the ways that they feel secure—particularly in the financial and social spheres of their worlds. Their finances will remain in flux and so will the stability of their alliances.

The mutable signs such as Gemini, Virgo, Sagittarius, and Pisces won’t really be reaping any effects or aftershocks from this planetary retrograde. They’ll be dealing with a change in the way they process information and open themselves up to growth. Overall, they’ll be the least affected by Uranus retrograde.

Your 2022 Horoscope has vital information about how to harness Uranus’ powers!

Your impulsive spending habits have caught up with you. Your credit cards are maxed out and your bank account is at an all-time low. You’re not stressing the matter too hard—which is so unlike you. You have five months to get it together and be fiscally responsible by implementing a new savings plan. After all, money comes, and money goes. Adulting is totally hard, but absolutely important, at any age. It’s time to put your best foot forward and start saving your cash.

The “dog days” are now over, forcing you to recommit to a former vision—even if your family and friends think you’ve lost your mind. The “real” you is reawakening, letting your freak flag fly high. You’re even surprising yourself with your rebellious attitude that will allow you to quickly run away from your humdrum status quo lifestyle in pursuit of your teenage rock ‘n roll dreams. Walking to the beat of your own drum won’t be hard, as long as you lean into your earthy eccentricities

You don’t need to play the role of interrogator anymore, as your leader’s intuitive side is now on point. Rather than constantly asking a million questions to understand people better, you’re opting to stay completely away from friends, lovers, and colleagues who you think are shady. You’re not in the mood to deal with the drama and gaslighting—you’re happily spending more time on your own in your personal world. You will live in a drama-free zone during this retrograde.

Your emotions will be higher than usual, due to drama with your friends. You’re feeling the sting of being forgotten by your crew because they left you out of their weekend plans. Your old-school pals will swoop in and take you out for a swinging girls’ night, making you forget all your problems. Instead of getting mad and sad, hang with your childhood friends. That way you can spend the time reflecting with those who are your close friends and won’t feel judged.

An executive shift at work will leave you feeling like you’re not number one at the office. You’re still in line for a promotion and now there are more people in the pool—which will soften your competitive edge. Fear not! You will have many opportunities to dazzle upper management with your gifts and talents. The gig will be yours—if you believe in yourself more. The less you fight and resist the changes that are happening, the easier the process will be.

Your analytical heart is always exploring taboos within relationships. Over the next five months, you will be drawn to embrace “unconventional” ideas regarding love and commitment. Opening up your current relationship to sexual experimentation will satisfy your earthly desires. Freeing your mind and embracing your new sexy vibe will be exciting and exhilarating, as long as the rules of the relationship are on your terms. You can control the fate and destiny of partnerships that you’re invested in, but only if forgo societal norms and allow yourself to let go of the constraints that have been holding you back

The biggest shock you’re going to experience is from a colleague. A coworker who doesn’t spend as much time at the office as you do may be the recipient of undeserving financial appreciation for their mediocre work. Your impulse will be to storm into your boss’s office and demand more money for your efforts. However, it’s best to keep the vibe copacetic for office morale. This is a big lesson in how you create boundaries. Once they’re implemented, it’s important to keep them up at all time.

Your on-and-off relationship is now on again (for the moment). You and your beau will be spending time discussing and rehashing the past during the next several months. You’re hearing first-hand about their personal problems and concerns, which will only deepen the intimacy between you both—not just through lip service—but also between the sheets. Your relationship may last this time around. If you can let go of the need to control and dominate the partnership, then it’ll work out. Fingers crossed!

You’re a mover and a shaker, always on the go. Now, you’re feeling a tad lazy and indulgent, as your energy level is at an all-time low. You’re surprising yourself by being in the mood to be more low-key during this planetary retrograde. Your adventures can wait. And no, this doesn’t mean you’re basic. It means that you are mixing up the vibe and energy because you’re fiery and are allowed to change.

A former flame will message you out of the blue and try to ignite the spark between you both. While it may be too late for them to apologize for the past, only because you’re totally over them, you’ll find some amusement in the fact that you’re on their mind after all this time. After all, you’re simply amazing and hard to get over. When push comes to shove, you are the one that everyone wants in their romantic corner because you’re one of a kind.

Home renovations are the worst—especially when they’re unforeseen. Whether it’s a broken pipe or a leaky roof, the only matter you’re concerned about is the financial cost. Spend the extra money to give your home the proper facelift it needs. No matter the cost, it’s important to give your home the love it deserves to ensure these problems never happen again. Just keep the receipts to ensure that you are on the right road to having the ideal dwelling of your dreams. Happy home, happy life.

You’ve been caught with your hand in the gossip cookie jar, spreading the rumors about all your friends. Your mouth is running five miles a minute, forcing you to repeat secrets others have confided in you. You’re the one causing all the scandals. Even though you’re accidentally stirring the pot, it’s important to keep mum on privileged information because you’re normally a true friend. The less you share, the more secrets and clandestine information you will know. Behave yourself and don’t share the information.