As an outer planet, Uranus moves slowly, taking 84 years to complete the zodiac and spending roughly seven years in each sign. Due to this slow motion, Uranus is a generational planet along with Neptune and Pluto.

In astrology, Uranus is linked to surprises, innovation, revolution, and liberation. As the modern ruler of Aquarius, Uranus is demonstrative of all that's unique, wild, unpredictable, and unusual in our lives.

With Uranus transits, we are given a choice: change or die....

What Uranus threatens us with not physical death, but a creative, soul-level withering, an inability to thrive that, if allowed to settle within, would rot us from the inside out. Without Uranus' upending ways, many of us would nestle deep into our most familiar ruts and never look back, comfortable in our ambivalence. Uranus pushes us past the edge comfort, and further still—it is at these boundaries, somewhere between order and abject chaos, where genius and creativity thrive.

Uranus shows up in our lives as both the crackle of lightning which burns down our most prized structures as well as the enlightening bolt of intuitive knowing that evokes innovation. Vacillating powerfully—and unexpectedly—between breakdown and breakthrough, Uranus' transits are notoriously difficult to predict in astrological interpretations and singular in their ability to produce out-of-the-blue, shocking outcomes.

More positively, Uranus acts as an awakener, prodding us to face those things which we may intuitively know already but struggle to confront. These wake-up calls, which are often brutally timed, may force us to let go of parts of our ego-identities which are in danger of suffocating the entire system....

The urge to transform our reality that is produced by Uranus transits is best re-examined during the Uranus retrogrades, when we may have better objectivity, and a cooler, more even-keeled approach. During Uranus retrogrades, the volatile pace and pitch of Uranus' energy is halted, dulled, and brought to a manageable level, so that we may finally find a way to focus its brilliance and make use of it.

Uranus Retrograde in the Natal Chart

Uranus is retrograde nearly forty-one percent of the year, and thus, it is relatively normal to have Uranus retrograde in the natal chart.

In traditional astrology, however, retrograde planets are not seen as merely misguided, but as being thoroughly weakened. Speed and visibility were both important considerations to ancient astrologers, and on both accounts, retrograde planets are at a disadvantage. Fast-moving planets were interpreted as being active and able to bring about their significations, while slow-moving planets, like ones in retrograde, were deemed too sluggish to do their job properly. It is worth noting that the outer planets—Uranus, Neptune, and Pluto—had not yet been discovered when the ancient astrologers were drafting their opinions on retrograde planets.

In general, Uranus retrograde in the natal chart is considered less impactful than a retrograde personal planet, such as Mercury or Venus. The effects of natal Uranus retrograde gain more potency if Uranus forms strong aspects to other planets or points, particularly the sun, moon, and ascendant.

Uranus' responsibility in the birth chart is to awaken us to real freedom, pushing us out of complacency through subsequent breakdowns and breakthroughs. Wherever Uranus is found in the birth chart is an area of life which we may feel inordinately confined, even if we are not; throughout life, we may hatch an escape plan, attempting to free ourselves from the shackles of responsibility.

A prominently placed Uranus, whether direct or retrograde, usually indicates that the holder of the chart must find a way to grapple with the wily energy of Uranus, charting a middle path between inspired innovation and meaningless rebellion. Positively, this usually leads those with prominent Uranus placements to high levels of autonomy and self-individuation. When poorly expressed, Uranian influences can erupt as erratic outbursts of brilliance which fail to find proper expression in material reality. Those with Uranus retrograde in the natal chart may need to expend considerable energy coming to terms with their need for individuality and freedom. 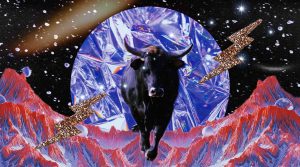