The Astrology of the 2020 Presidential Election

For years, astrologers have been studying the planetary aspects of Election Day 2020. As an astrologer myself, I can understand why after looking at the planetary connections and retrogrades occurring on the most important day in America. The reason it’s been hyped so much is that it’s the first time ever that Mercury and Mars will both be retrograde at the same time. This means the unexpected can and will happen. So, prepare yourselves!

In astrology, the moon dictates the flavor of the day. We look to the moon and the other planets it’s connecting with to understand the overall energy. The moon in Gemini (a Mercury-ruled sign) will be conjunct the North Node of destiny, and will also be squaring off the elusive planet Neptune. And even though Mercury will be going direct on Election Day, it will be applying to a square with Saturn in Capricorn. What does this mean? For starters, the events of the day are fated. Secondly, there will be many delays, and we may not get the closure we want from the election. This doesn’t mean it will be a good or bad conclusion. It most likely points to an uneventful and anticlimactic end to the day because a winner may not be announced right away.

Action planet Mars will still be rolling backwards on Election Day, which means that we can expect delays in the government announcing a winner. If a winner is announced, it won’t be until very late in the evening and there will most certainly be a demand for a recount. The reason being is that Mars, when retrograde, can’t take control or commit to a situation. In fact, it brings lots of setbacks and delays (more so than Mercury retrograde who offers an element of unpredictability).

Mercury, who’s been moving backwards in retrograde motion since October 13, ends its planetary moonwalk on Election Day. The last time Mercury went direct at this time was during the election of 2000. And, if you can remember, that election was an absolute mess. This election is still known as the tightest and closest election in U.S. history. Al Gore had won the popular vote; however, George W. Bush became president (for the first time since the election of 1888). Not only that, but they called the winner of Florida before all the votes had been tallied (a total Mercury leaving its retrograde motion blunder). This creates even more confusion and uncertainty, especially because it was revealed after the fact that the winner of Florida may not actually be the champion of the state.
What happened next stunned everyone—the Supreme Court declared Bush the winner after Gore dropped out which made it the first time in the history of the U.S. that the people did not choose the president based on votes. Being that there are a ton of mail-in ballots, we can expect a similar situation to reoccur this year (if history repeats itself).
Read me: Will Kamala Harris Win, According to Astrology?

When Will the Winner be Announced?

Interestingly enough, like the election of 2000, the winner may be announced a few days after the polls close. The date that seems most probable will be November 6, when Mercury squares off with Saturn (who represents authority and bureaucracy). This will be the second time in the week that these two planets connect. On November 1, Mercury formed a square with Saturn, most likely giving us a preview of who will become president—even though the election doesn’t take place until November 3. Thanks to Mercury retrograde, this exact aspect will occur again on November 6, and the first pass of this planetary configuration will offer us clues toward who will take the White House. This is also the date we will likely find out officially who takes office, and the government may have to intervene again, similar to the 2000 election. 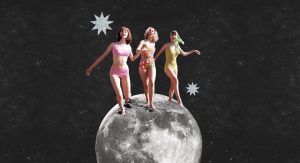 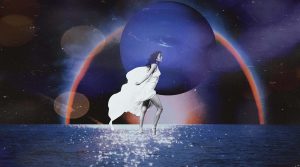