Thanks to the Capricorn New Moon Solar Eclipse 2020 Begins Early 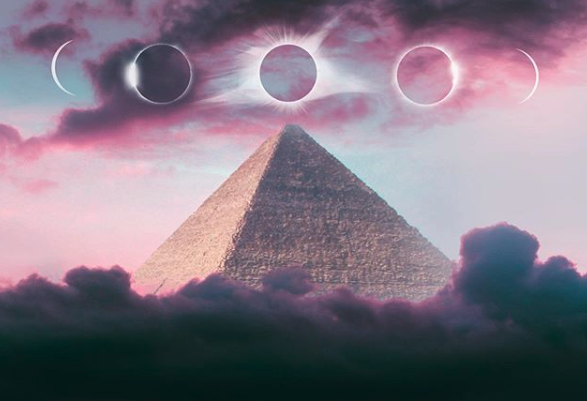 And while the calendar may say December 25, thanks to the energy of this super-charged new moon and solar eclipse, New Year’s Eve comes early this year!

And unless we’ve been living under an astrological rock, this should come as no surprise. After all, with Saturn in his home sign of Capricorn for the last two years, a Saturn-Pluto conjunction building throughout 2019, and Jupiter recently making his grand entrance into the sign, the universe has dropped plenty of hints that it’s time to get serious about our goals.

By now, we probably know what our New Year’s resolutions are—they’ve been in the works for a long time. So why wait for the calendar to change before getting down to business? This eclipse gives us a head start to set ourselves us up for success.

What does the new moon solar eclipse in Capricorn mean?

Before you start climbing that ladder, though, make sure the bar is set appropriately high. With this eclipse conjunct Jupiter, there’s a tendency either to be overly ambitious, or not ambitious enough. The sweet spot is setting goals that are challenging enough to excite us, but realistic enough to feel optimistic about. Ideally, we’ll also have some path or process laid out for us to follow (or at least the first few concrete steps).

With this eclipse square Chiron in Aries, we may worry methodical approaches aren’t bold enough. But while Aries often bites off more than it can chew, Capricorn is more concerned with finishing what it starts. It doesn’t mind moving at a slower, less exciting pace if that’s what it takes to get the job done. This eclipse is less about making big, bold moves and more about taking one step at a time.
Read me: 2020’s Mercury Retrogrades—What You Look for Is Beneath the Surface

That doesn’t mean everything will go according to plan—with this eclipse trine retrograde Uranus in Taurus, the month and year ahead sure bring a few unexpected surprises! But the more prepared we are, the better equipped we’ll be to deal with the disruptions… and maybe even recognize them as opportunities in disguise. Pay attention, as sudden flashes of insight and inspiration can clear new paths and show us ways forward that we hadn’t seen before.
After all, things can change pretty fast during eclipse season! Think of the next two weeks (from now through the January 10, 2020 full moon lunar eclipse in Cancer) as passing through a portal, from which we’re likely to emerge with our lives transformed in some fundamental way.

It’s up to us what we’ll leave behind at the entrance to this portal, and what we’ll carry over to the other side. Just be aware that when the portal closes, and Saturn and Pluto finally make their conjunction official on January 12, the choices we’ve made during eclipse season will become set in stone—and their effects will play out over the next 30 years.

Read on for your sun sign and rising to learn more about the energies of this eclipse: 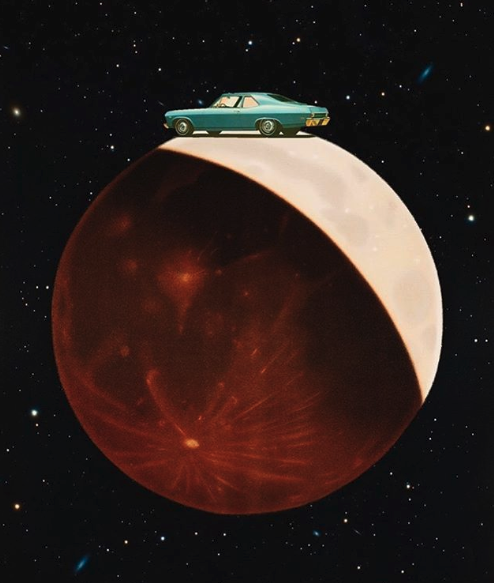 People can change, Capricorn. But if there’s something you want to change about yourself, the first step is to accept it—not criticize it. It may seem counterintuitive, but the more you beat up on yourself for the things you don’t like, the more set in stone those habits become.

Entering hibernation mode, Aquarius? With so much going on beneath the surface of your life, withdrawing from the outside world for a while just makes sense. Your community will still be there when you come back—and they’ll be grateful to see you rested and recharged.

Ready or not, Pisces?! The future is here—and you may be wishing you’d prepared for it a little more. You can’t turn back time, but you can start planning for the life you’d like to have one month, one year, even one decade from now.

You may not think of yourself as a role model, Aries. But you’ve raised your profile lately, and along with that increased visibility comes a greater responsibility for the way you’re showing up in public. Don’t think of it as censoring yourself, but putting your best foot forward.

Common knowledge. Conventional wisdom. In a confusing world, Taurus, it can be comforting to trust in these authoritative voices. But lately, you’ve seen for yourself that the “truths” we take for granted don’t always apply in real life—so perhaps it’s time to become your own moral authority.

We’re all adults here, Gemini. Topics like sex, death, money, and power may not be polite conversation, but they’re much too important to sweep under the rug. Besides, the scary stuff becomes a lot less scary when you actually deal with it (instead of just ignoring and hoping it goes away).

There’s one common denominator in all your relationships—and for better or worse, Cancer, that’s you. If you’re not satisfied with the current state of affairs, it’s up to you to do something about it. Owning up to your own stuff may feel vulnerable, but it’ll only make your love stronger.

It’s not in your job description, Leo—but somehow, it’s landed on your plate. It could be a sign that you’re growing in your craft… or that you’re getting stuck with unnecessary grunt work. Be wary of taking on responsibilities that distract from your true work in the world.

Just a hobby, Virgo? If you’re fortunate enough to have a leisure-time pursuit that feeds your soul, we’d call that serious business! Still, you shouldn’t rule out the possibility of it growing into something more lucrative in the future. If it brings you joy, it’s likely to do the same for others.

Is it a blessing or a curse? When it comes to your family legacy, Libra, it may feel like a little of both. It’s up to you to take stock of all you’ve inherited (genetically, culturally, or materially), choose what to do with it, and make it your own.

“If you change the way you look at things, the things you look at change.” Scorpio, this quote from Dr. Wayne Dyer would make a good mantra for you in the month and year ahead. But don’t just change your mind—also work on changing how you communicate what’s on your mind.

Financial independence—Sag, it may not mean what you think it means. We know it feels restrictive having to conserve your resources and rein in impulsive spending. But that little bit of restraint in the moment can go a long way toward enjoying future freedom.