Mars in Aries and What it Means for Coronavirus

The war against coronavirus cannot be fought by an army of one.

We must all work together.

The Astrology of Coronavirus

The global COVID-19 pandemic is deeply tied to the workings of Jupiter, Saturn, and Pluto, all within Capricorn. Both Saturn and Pluto have been together here since December 19, 2017 and have been fusing their energy to create a hidden pandemic phenomenon. Jupiter entered Capricorn on December 2, 2019—the day after the first coronavirus report was made in Wuhan, China. The conjunction of Saturn and Pluto on January 12, 2020 had a tremendous effect on the deadly nature of the coronavirus. Jupiter, in its detriment, has been utilizing its influence to spread the disease worldwide. Together, these powerful cosmic players are working to shift the world as we know it.

When Mars is in Aries, we become a “me-first” global collective. The tremendous power of Mars in its domicile sign emboldens the warrior archetype within us and we become impassioned to initiate action to pursue our desires, rather than waiting. We are impulsive, aggressive, competitive, assertive, and determined. This energy is highly beneficial to grow stronger, be independent, and fight for what we want. Mars in Aries fuels our survival instincts and the power of the human Id (the hedonistic nature of the psyche). As we are unable to see from others’ perspectives, this is a time when we are focused on one goal: to win. As Aries rules the first house of the zodiac, it has ties to global health and longevity. Here, Mars in direct motion brings us strength—but also can make us more prone to accidents from impulsive or violent behavior.
Read me: As Mars Retrogrades in Aries the Astrology of 2020 Intensifies

As the global pandemic created the need to consider our communities and forced many nations into social distancing and isolation, Mars’ energy festered and created agitation, frustration, and resentment within many individuals. This fury now seethes toward political structures, businesses, and governments worldwide. As Mars moves through Aries, people will be less focused on “we” and more focused on how the coronavirus is affecting them on an individual level. People will choose to re-enter society dependent on their own desires and instincts rather than taking guidance from governments or world health organizations. If one deems themselves to be “strong” or “healthy,” he or she will fearlessly put their individual needs above social expectations. On one hand, this can bring courage to people, but on the other, it can make us especially selfish. This inherent need to satiate individual needs at the expense of others may have devastating effects on immunocompromised and elderly communities.

Typically, Mars in Aries coincides with the beginning of many new cycles for us on a personal and global level. However, because of the retrograde, the power of Mars in Aries will be turned upon itself and is likely to create more malefic results if not balanced and tempered. 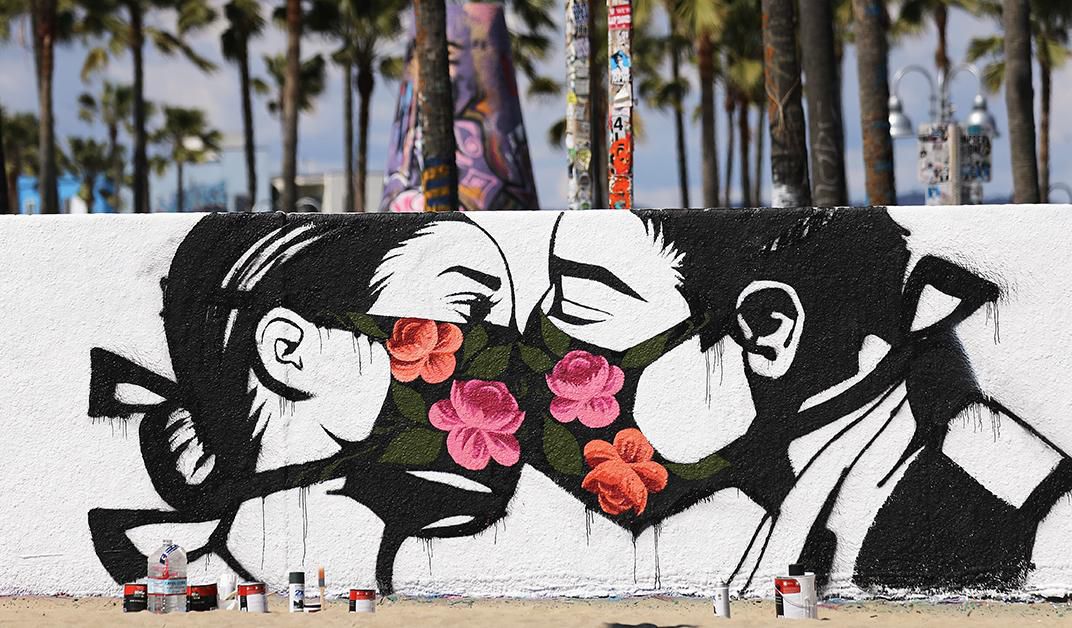 During Mars retrograde, our instinctual impulses are amplified and can overwhelm one’s logic and emotions. It creates a smoldering energy when the individual feels threatened, taunting us toward anger, conflicts, and war. We become overly subjective, focused upon our own motivations, and can become highly defensive.

As Mars in Aries tends to create strong vitality, with the retrograde, health of the individual and the global collective is weakened. The coronavirus will grow stronger once Jupiter, Saturn, and Pluto “awaken” from their retrograde cycles later this year—thus attacking mankind while some of our defenses are down. This foretells devastating results, as those who think they are strong and unscathed may also fall victim to the virus if they do not institute necessary medical precautions. Individuals will be forced to face how the coronavirus pandemic is affecting them on a personal level. However, because of increased irritability and agitation, one may overlook scientific and astrological guidance in favor of what he or she wants immediately. It is important to recognize that we may only feel at war with others during Mars Retrograde—but we are in an even more deadly war, an unseen one with the coronavirus.

Important Dates for Mars in Aries 2020

Mars will make squares to Jupiter, Saturn, and Pluto during its passage through Aries because of its retrograde motion. The tense challenge presented by a square amplifies the already divisive and violent nature of the red planet. As stated before, Mars is especially potent in Aries, further exaggerating its fierce nature. However, because Jupiter, Saturn, and Pluto are all superior planets, their potency will overpower Mars’ position. Difficulties are guaranteed on a personal and global level because of this formidable, cosmic entanglement. We can expect frustrations and blockages to our individual perspectives. Relief can come through working together and encouraging discussion rather than utilizing force. It is best to recognize the challenges as an opportunity to adapt to the changes being exerted upon us.

When Mars squares Jupiter, we feel the energy to make hasty decisions and often overestimate our strength, health, and resources. This impulsive impetus usually foretells a lack of moderation and can lead to emotional and physical burn out. It is best to try to balance this fervor and not take action. When it comes to the coronavirus, listen to reason before moving forward in your daily affairs. Overconfidence will lead you to pay the price later. Mars in Aries squares Jupiter in Capricorn on August 4 and October 19, 2020. The stronger energy will be the latter.

When Mars squares Saturn, we are faced with incredible obstacles to our goals and pursuits. Also, the harder we fight against them, the stronger the authority becomes. Oftentimes, defensive reactions occur because of this. Restrictions are often imposed because of this aggressive clash. In regards to the coronavirus, this may be tied to governments and political structures imposing rules that appear to limit or infringe on one’s freedom. This will directly cause fury because of Mars’ transit through Aries. Mars in Aries squares Saturn in Capricorn on August 24 and September 29, 2020. The status quo will overpower any desire to cast off authority or break free. The latter planetary square will be the stronger of the two. It is best to live to fight another day rather than fight a battle that cannot be won.

When Mars squares Pluto, further power struggles and confrontations are guaranteed. Excessive use of force is possible, such as the use of martial law in order to establish absolute control. Ruthless and wicked behavior on both ends of the conflict is possible. Those with more power will easily dominate and this is a time when cruel enemies can be made. Pluto, which holds dominion not only over deadly viruses but also criminals and the underworld, becomes infused with power by this transit. Thus, it is cautioned to be especially careful at these times and to avoid putting oneself or others at risk. Death, also ruled by Pluto, may surge due to reckless actions. However, Pluto holds the tremendous gift to reawaken and to transform. If one’s impulses are balanced, this can be a time of channeling the destructive urges into more positive and healing means. Mars squares Pluto on August 13, October 9, and December 23, 2020. The last two aspects will be the strongest. 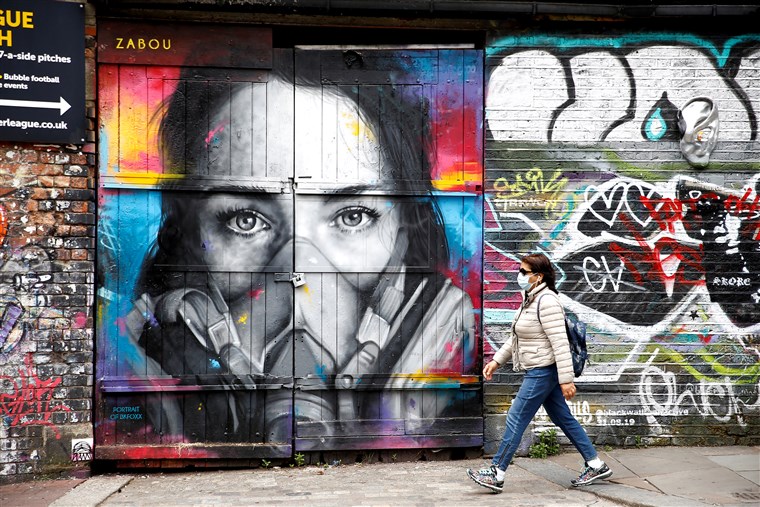 During this time, it is suggested that one does not retaliate against outside challenges. It is best to transform one’s inner fire into more positive energies in order to solve problems, rather than just react to them. Conflicts that begin during Mars retrograde are often destined to backfire, so it is not wise to begin them.

It is cautioned to avoid impulsive desires and instead to take care of oneself and your health, while also considering the global community. Despite the urges to focus on “me,” change the effect to focus on “we.” While this may be at odds with the nature of Mars in Aries, that is one of the lessons this cycle is teaching us.

Individuals will be forced to take responsibility not only for their own lives, but for all actions they bring into the world. Karmic lessons tend to come from retrograde cycles, and we are being taught how our own goals, desires, and plans fit into a global network.

Transform anger into productivity, but realize that because energy levels will be low, progress will also be slower than usual. It is urged that the individual maintain peace and neutrality. Engaging with dramatics or victimization are lower vibrations of this energy, as we are being required to test our own emotional strength, heal our fears, and understand our true motivations. Introspection can be especially helpful now. Also, self-love and self-care will grow even further as global lifestyle trends. Businesses, governments, and authority figures that encourage this reflective process will see success and development from the retrograde, rather than be overwhelmed or destroyed by it.

Above all, it is implored that we work in unison to defeat this unseen, yet virulent, virus. For so long, the human collective has seen through the lens of the individual. The stars above though, show us that each soul is just a piece of a bigger circle. Always remember that challenges are also an opportunity for evolution. Together, by choosing to be a warrior for healing and facing the coronavirus as a unit, we can build a better world.

Street art of couple kissing by The Smithsonian Magazine