Saturn Retrograde In Aquarius Is Here, and It’s Coming for Your Most Precious Goals 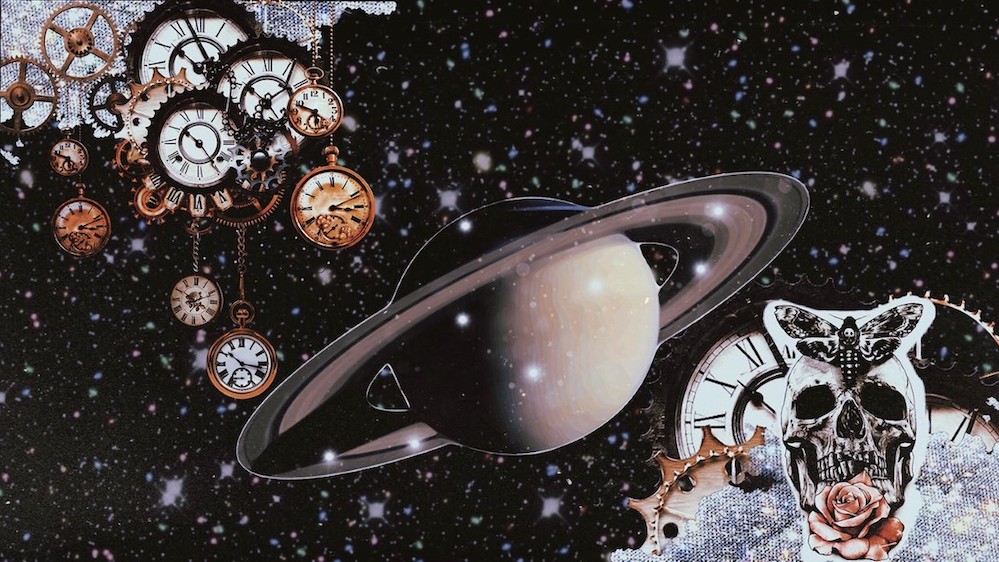 Saturn Retrograde in Aquarius Dates: May 22 to October 10.

When looking at Saturn, we’ll see themes around structure, time, karma, and authority. Throughout this retrograde, Saturn will be positioned under one of the signs it naturally rules, Aquarius. Any retrograde in Aquarius can feel unpredictable, and with Saturn being a representation of stability, our worlds could get a little topsy turvy. Aquarius energy carries a fascinating combination of tradition, and also our need to evolve on both a collective and personal level.

What Does Saturn Retrograde Mean?

During Saturn retrograde in Aquarius, we may see a boost in political fanaticism, as people stuck in their ways drag their feet against the future. While change is an inevitable part of life, Saturn in retrograde can cause us to feel restricted in our ability to move forward. We may feel as though our progress is met with resistance, which can create a lot of stress and frustration. Meanwhile, our foundations could change at any minute, potentially leaving us with feelings of instability.

When Is Saturn Retrograde?

Stationing retrograde on May 22, 2021, at 13°31’ of Aquarius, Saturn’s retrograde will last just under five months. Many other planets will go retrograde throughout the year as well, but you can count on Saturnian issues returning to normal when the father planet stations direct on October 10, 2021, at 6°53’ of Aquarius.

What Aspects Will Saturn in Aquarius Make in 2021?

Since Saturn doesn’t move as quickly as the moon, Mercury, or even Venus, its effects will be felt more intensely when it aspects other planets. You may want to mark your calendar for June 14, when a harsh T-Square forms in the cosmos between the Leo moon, Saturn, and Uranus. The energy here could create upheaval in our lives, hits to the ego, unexpected expenses, and we may feel more sensitive than usual.

On June 30, you’ll want to stay on top of your responsibilities, as an opposition between Mars and Saturn could throw obstacles in your path—Uranus will be chiming in as well, which could cause unexpected issues to arise. July 6 might bring out controlling behaviors within relationships, as Saturn forms an opposition to Venus. Then on August 1 and 2, Saturn forms an opposition to the sun and Mercury, who are conjunct in Leo—avoid speeding, lying, or sketchy behavior on this day, because you will likely get caught!

Learn all about planets in retrograde

Luckily, it’s not all bad during Saturn retrograde in Aquarius. On August 22, Saturn forms a Grand Air Trine when connecting with Venus in Libra and the North Node of Destiny in Gemini. This will be a great day to work on romantic partnerships, and perhaps plan for a brighter future with bae.

While retrogrades are notoriously no fun, each sign will experience them differently, and some may even benefit! Aquarius, Capricorn, Cancer, and Gemini have the potential to come out of this on a positive note, but only if they’re willing to accept responsibilities and embrace change. Aries, Virgo, Libra, and Sagittarius will all have their fair share of challenges, so you’ll want to pace yourself if you fall under this category. Lastly, Taurus, Leo, Scorpio, and Pisces will feel this energy with the most intensity, so remember to be kind and loving toward yourself.

Saturn energy naturally clashes with your fiery nature, dear Ram. While you are daring and impulsive, Saturn seeks order and control. This Saturn retrograde will encourage you to take calculated risks, over spontaneous decisions. Finding structure will help you move forward in life, so don’t shy away from slowing down to think things through before making any serious moves. You may also want to avoid arguments with people in your extended family or community during this time. People are generally stubborn, and confronting them about changing their ways may not go over as well as you’d hoped.

You won’t feel like messing around during Saturn’s journey backward, mighty Bull. Your career motivation will take center stage, as you continue to chip away at professional goals. One source of frustration could come from the fact that things will move slower than usual. Since Saturn is the ruler of time, we can sometimes feel as though we’re standing still as the planet moves through a retrograde. Luckily, your sign understands that growth takes time. Stay focused on the things you hope to accomplish and you may just emerge from this retrograde unscathed.

Brace yourself, lovely Gemini, as this retrograde could be quite a karmic one for you! During its retrograde motion, Saturn will activate the sector of your chart that rules spirituality and philosophy, which means the universe just might think this is a good time to throw you some valuable lessons. Yes, you may feel tested at times, but it’s all in the name of your personal evolution. Remember to pace yourself, think positively, and take time out when you’re overwhelmed. On the plus side, good karma will get a payout as well, so don’t forget to do some good deeds!

During Saturn’s retrograde, you’ll have some beautiful cosmic energy around you, that can assist with personal transformation. It’s a good time for you to take a few moments to reflect, especially when it comes to examining your personal beliefs and behavioral patterns. You may feel as though you’re running around in circles or obsessing at certain points of this retrograde, but it’s only so the universe can point out where change needs to occur. Don’t be afraid to drop people or situations that are no longer serving you, it will only help you feel more renewed in the end.

This retrograde could feel like a test to your relationships, but try not to lose heart, brave Lion. You may find yourself bickering or arguing with your significant other or romantic interests more than usual, and your differences may feel more apparent than ever before. The important thing is to learn how to move past any conflict that arises when it comes to matters of the heart. If at the end of the day, you can’t find a way to get along, it may be time to move on.

Listen to your body and pay attention to your health this retrograde, lovely Virgo. Your desire to help others could become overwhelming, and the universe might put you in time out if you don’t set aside some quiet moments for yourself. Whether it’s a few minutes of solitude throughout the workday, or a full night in to yourself, don’t feel bad about prioritizing your own needs. Remember that you’re no good to anyone if you’re not in good shape, so make sure to give yourself plenty of TLC.

Your creativity could take a hit during this retrograde, leaving you uninspired, or as though you’re having a hard time expressing yourself. Having an artistic outlet or hobby is important, but you might not always feel super motivated to engage with one. It’ll be important that you make an extra effort to schedule time for extracurricular fun. You might have ideas for projects in your mind, but if you don’t take the first steps to get them off the ground, they may never happen. Add discipline to your creative arts during this time, so you don’t fall away from them completely.

Saturn will be hanging out in the sector of your chart that deals with both your home and your mother during this retrograde. So, you may find yourself dealing with issues around either or both. If you’ve been putting off repairs around the home, you may find that you are forced to deal with them while Saturn moves backwards in the cosmos. Meanwhile, repressed issues with your mother could find their way to the surface as well. To avoid any overly dramatic events, keep tabs on the condition of your home and appliances, and look for ways to release any maternal trauma you’ve been dealing with.

We know you love to chat, darling Archer, but try not to get involved with any drama or gossip during this retrograde. Saturn loves to serve up karma when people have been unkind, and if you don’t watch your tongue, this retrograde could become a lesson on how words can cause damage. Keep in mind that the things you say have an effect on how both you and those you speak of are viewed. Stay connected to your optimism, kindness, and positivity—and you should survive this retrograde without incident!

You’re usually pretty responsible with money, but it would be wise to keep an extra eye on your finances during this retrograde. Avoid splurging right now, as you may encounter some unexpected expenses while Saturn rolls backwards in the sky. You may also want to reevaluate your investments and personal expenses. Take stock of your monthly charges, and look for even more ways in which you can save money. If you’re due for a raise during this time, it may get pushed until the retrograde clears, but be sure to ask for what you’re worth when the time comes to increase your paycheck!

With Saturn going retrograde in your sign, this will be a very personal time for you. You may be confronted with some harsh lessons, but as long as you’re willing to learn from them and change, you should be okay in the long run. Take some time to reevaluate your priorities and think about where you want your life to head. If you’ve been avoiding the work that goes into actualizing goals, it would be wise to use this time to get those into gear so you can live your best life in the future!

You may be tempted to run away from your responsibilities during this retrograde, but it won’t benefit you in the long run. While traveling backwards in the cosmos, Saturn will engage with the area of your chart that rules the subconscious and our undoing. Things could really begin to fall apart if you neglect your duties, so it will be extremely important that you manage yourself well. On the flip side, you’ll also need to give yourself plenty of space for calm and healing. You’ll be processing a lot, so don’t be overly critical of yourself, and talk to the other side when you are in need of comfort.