In astrology, Saturn is the great malefic. Known for its serious, cold, and sometimes harsh influence, it is the planet that rules time, karma, responsibility, and wisdom. As the traditional ruler of Capricorn and Aquarius, Saturn is the master architect of the zodiac by representing the way we respond to authority, status, and discipline in our lives.

Sometimes, Saturn appears to move backward in the sky; this visual backward motion is known as Saturn retrograde. Saturn stations retrograde once every year, spending around one-third of the year retrograde—these retrogrades normally last four and a half months. Overall, Saturn spends about thirty-six percent of its time in retrograde....

While the retrograde movements of other planets like Mercury and Neptune tend to show a debilitation of their qualities, Saturn's boundaries and limiting powers are actually enhanced—often bringing outdated lessons and reality checks. When the Lord of Karma retrogrades, karmic debts are sorted out by blending the past with the present and the future. But not all is negative. As a fair and wise teacher, Saturn retrograde will bring rewards our way—especially if real efforts were made during the time it was direct.

Saturn naturally rules boundaries, limits, responsibilities, discipline, and authority. During any Saturn retrograde transit, we may revisit or review those topics associated with Saturn or feel as if we are given a momentary reprieve from the typical effects of Saturn transits, which may include pressure and a sensation of burden, fear, or frustration. Similar to all retrograde transits, Saturn's retrograde periods are excellent for reviewing what we have learned thus far from Saturn's transits with a view to continuous improvement. Saturn retrograde periods are also ideal for revisiting form or structure and understanding how something may best be built to stand the test of time.

Because Saturn is a slow-moving planet, transits from Saturn to a natal planet normally last two and a half months; if any of our natal planets fall within the degrees of Saturn's retrograde transit, however, the resulting transits may add up to eleven months overall. This is one key reason that Saturn retrograde transits are important: very easily, Saturn transits can dominate an entire year of our lives.

Saturn Retrograde in the Natal Chart

Since Saturn spends roughly one-third of the year in retrograde, there's a good chance you may have Saturn retrograde in your birth chart.

In traditional astrology, however, retrograde planets are not seen as merely misguided, but as being thoroughly weakened. Speed and visibility were both important considerations to ancient astrologers, and on both accounts, retrograde planets are at a disadvantage. Fast-moving planets were interpreted as being active and able to bring about their significations, while slow-moving planets, like ones in retrograde, were deemed too sluggish to do their job properly. Equally, during the retrograde transits of some planets, they can appear to disappear from the sky; theoretically, their presence disappears from the natal chart.

Part of Saturn's job in our natal charts is to help us befriend our inner patriarch, an archetype we can call upon when we need authority, discipline, and no-nonsense feedback. To that end, Saturn retrograde in the natal chart can suggest that our father-figure was absent or uninvolved in such a way that precluded our ability to develop self-esteem and inner security. As an effect, Saturn retrograde can inhibit one's abilities to create effective boundaries at work or in relationships; there may exist a persistent need to always respond in the affirmative. We may suffer from repressed fears, feelings of inadequacy, or a nagging sense that despite our best efforts, we could have done more, better, or different.

Over time, the power of Saturn retrograde in the natal chart can be harnessed towards success; if we can learn to filter the inbound messages from our inner critic, we can focus on what's helpful and ignore what's unnecessarily hurtful. 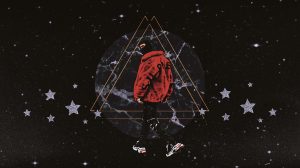