7 Ways to Spot Your Shadow Self and Find Acceptance 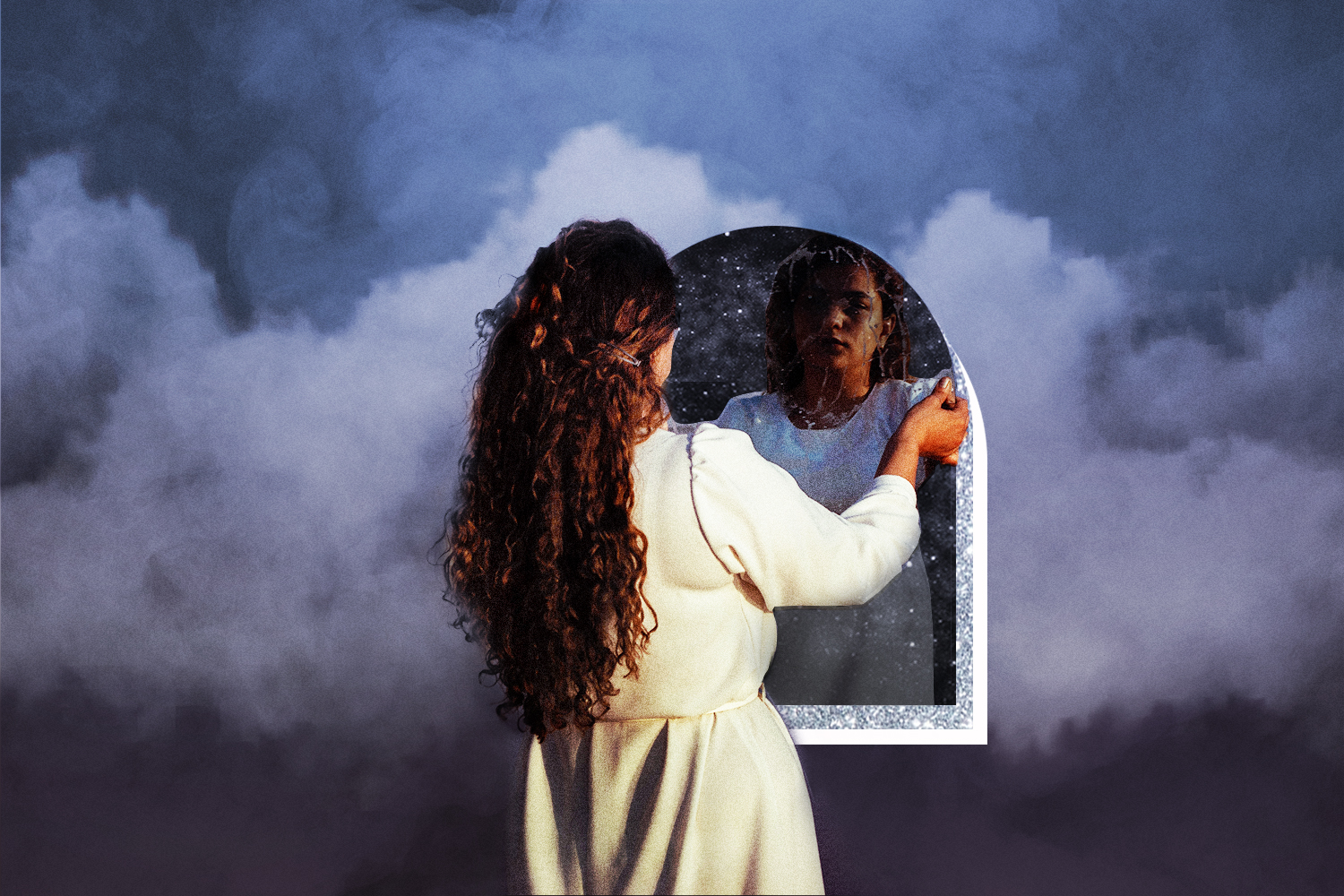 “Shadow self” tends to conjure a sinister image of something lurking just beyond view. Fortunately, despite the name, the shadow self is nothing to fear. A shadow self is the hidden part of your personality. Once you learn to love your shadow, you can accept yourself.

The shadow self represents our darker sides. Here are ways to find your shadow side, examples of the shadow self, and answers around shadow work.

What Is the Shadow Self?

The term “shadow” was coined by a Swiss psychiatrist, Carl Jung, in the 1960s, referring to the unconscious part of the human psyche. The self that is hidden from our own view. It’s not the self we show consciously to our friends, family, or even our social media followers.

However, while our shadow self isn’t always nice, it doesn’t mean it’s bad. It’s just the side of ourselves that will always need to be worked on. By working on our shadow self, we can learn and grow as a person. To love your shadow is to love every part of you.

Finding Your Shadow Self

In your birth chart, the 12th house rules over the subconscious mind, so whatever sign rules that house, is the sign of your shadow. For example, if Virgo rules your 12th house, your shadow self might act as your inner critic.

Grab a piece of paper, and compile a list of qualities you are annoyed by in others. Gossips? People who hold grudges? Write them all down. We are often annoyed by certain traits in others because we unconsciously see them in ourselves, so this list is indicative of your shadow self.

When in doubt, ask the cards. Doing a Tarot reading can help you uncover the shadow parts of yourself. Use the major arcana, and do a card pull with the intent of finding your shadow. Whatever card you pull represents your shadow. You can also go to a Tarot reader who could give you shadow self-reading.

Journaling can be a great way to understand your shadow self. Freewriting can help you “talk” to your shadow self through the pen. Let the words flow through you; don’t force it.

Or if you’re more visual, you can draw your shadow self. Get out your favorite art supplies, meditate, and draw. Don’t focus on drawing any particular thing or even what it looks likes. Just listen to your intuition, and let your hand do the rest.

Sometimes the best way to deal with your shadow is to greet it. Welcome your shadow in by meditating, opening your arms up, and saying, “I welcome my shadow self. I invite you to teach me about myself.”

Accepting Your Shadow Self

Accepting your shadow self sounds easy, but it’s much harder in practice. We have to be ready to look, embrace, and even love our shadow, which means loving the parts of ourselves that we don’t like. Doing shadow work can help us love and understand ourselves on a deeper level. Remember, your shadow isn’t a monster; they actually have a lot to teach you.

How do you control your shadow self?

The best way to control your shadow self is to be aware of it. Practicing mindfulness can help you notice your negative awareness and begin changing them.

What is shadow work?

Shadow work is being aware of and confronting your shadow self. Shadow work can be done through meditation, self-reflective journaling, affirmations, and even spell casting.

How do I begin shadow work?

The first step in doing shadow work is allowing yourself to be open to examining the unlikable parts of yourself. Once you are comfortable with being uncomfortable, shadow work can truly begin.

Not at all! Shadow work is 100% safe. You aren’t dealing with demons or monsters—rather just your hidden self.

Twin Flame Separation: Symptoms, Why It Happens, and More

What Is Divine Masculine Energy?