Your Weekly Horoscope for August 21–27, 2022: A Wild Beginning to Virgo Season 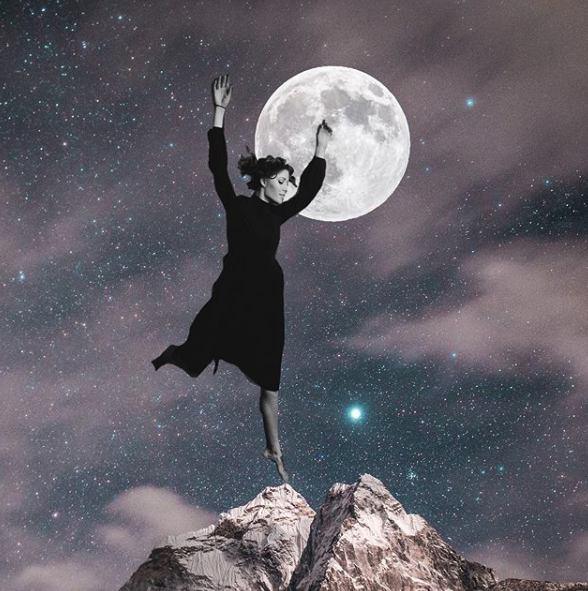 Boundaries might be blurred at the beginning of the week when Mercury in Virgo opposes Neptune retrograde in Pisces. With the domicile cosmic messenger trying to clear the air, those impacted by Neptune retrograde may slowly accept the reality of the situation. The truth could come to light since the fog is reeling back. As the rose-colored glasses come off, the magnifying glasses will be put on.

Then Mercury in Virgo will return to trine Pluto retrograde in Capricorn, suggesting an earthy yet transformative revelation. Pluto retrograde shoves the truth in Mercury’s face as if it cannot get any more obvious. Consider the preliminary opposition between Mercury and Neptune retrograde as a soft heads up compared to this trine as its grounding presence solidifies the facts as truths. Tiny but mighty Pluto retrograde is going to help Mercury unearth the truth. Accepting what comes to light is a logical move, as there is nothing left to hide.

A few days later, Venus in Leo will square the North Node in Taurus, inferring that there are some issues with the fate and destiny of Venusian values. Audacious Venus has high expectations to satisfy its royal taste for love, money, and aesthetics. But the clash with the lunar node of fate and destiny implies a blast from the past. Old styles, romantic interests, and monetary problems could pop up.

By the end of the week, Venus in Leo will square Uranus retrograde in Taurus, suggesting an urge to create change but not knowing where or what to start with. Comfort can become the gold standard through compromise during this tense square. Ideally, Venus can keep glittering while Uranus can focus on stabilizing through strife. When these two come together, pride might need to be put aside to create valuable change!

Finally, the sun in Virgo will square Mars in Gemini, suggesting mental and communicative tension. Both Mercury-led planets are not cooperating as the sun is focused on acquiring the details, whereas Mars is pursuing whatever satiates its curiosity. But there is an immense mental ambition that this square exudes, suggesting that we can move forward with a semi-flexible plan of action. Know when to assert and when to assess during this square!

The truth could come to light since the fog is reeling back. Virgo Season Begins

With the sun leaving its domicile for Virgo, the solar luminary will begin reporting to Mercury. Communication, education, and organization become the primary concerns of Virgo season. The sun will become increasingly focused on gathering information as it assesses before it acts. Boundaries will also be a core component of this season since Virgo likes to be of service.

From now until the end of the year, Uranus will station retrograde in Taurus. This long, slow-moving retrograde period will become increasingly apparent over time. As the wild child undergoes an introspective process, the Taurus themes of value, comfort, stability, and determination will take an unexpected twist.

Mercury will also leave its domicile as it enters Libra and begins reporting to Venus. Now ruled by Venus, Mercury becomes quite a social butterfly with a pension for sweet nothings. Smooth talking to strangers, friends, and lovers alike is quite easy for Mercury in Libra. Do not be surprised if you become a devil’s advocate during this peace-seeking, justice-focused transit!

Virgo season will be complemented by the new moon in Virgo. The potency of this Mercury-ruled lunation encourages manifesting healthy habits, flexible routines, service within reason, opportunities to learn more, and self-love to combat criticism.

MORE: Wondering about the astrological forecast?

Your Weekly Horoscope for August 21

Productivity levels are bound to increase when the sun enters Virgo! If you have something that you want to do or accomplish, then set the goals under the new moon in Virgo.

Do not be so critical of what makes you happy once the sun enters Virgo. Prioritize focusing on your hobbies without judgment during the new moon in Virgo.

Tidy up around the house now that Virgo season has commenced! You can even set some domestic goals during the new moon in Virgo.

What will you notice about your immediate community now that Virgo season is here? Focus on the coming illuminating conversations during the new moon in Virgo.

Nail down a budget when the sun enters Virgo this week. You can even set financial goals or put manifestations into the works during the new moon in Virgo.

It is your time to shine! The sun and new moon are in your sign this week, encouraging you to be confident in yourself and your appearance.

Watch your inner monologue’s tone now that Virgo season is here. Set the goal to be focused without being critical later under the new moon in Virgo.

Make plans to spend time with your friends when the sun enters Virgo. Manifesting better communities and friendships may naturally come during the new moon in Virgo.

It is your time in the spotlight now that the sun is in Virgo! Figure out what you want to be known for or as during the new moon in Virgo.

Explore new opportunities without criticism as Virgo season begins. Come up with a to-do list of things that you want to learn and experience during the new moon in Virgo.

Try not to scrutinize your intimate relationships during Virgo season. But use this new moon in Virgo to get your assets organized in the coming months.

Define the relationships now that Virgo season is here. If you want to accomplish something with a partner, then set the goal during the new moon in Virgo!