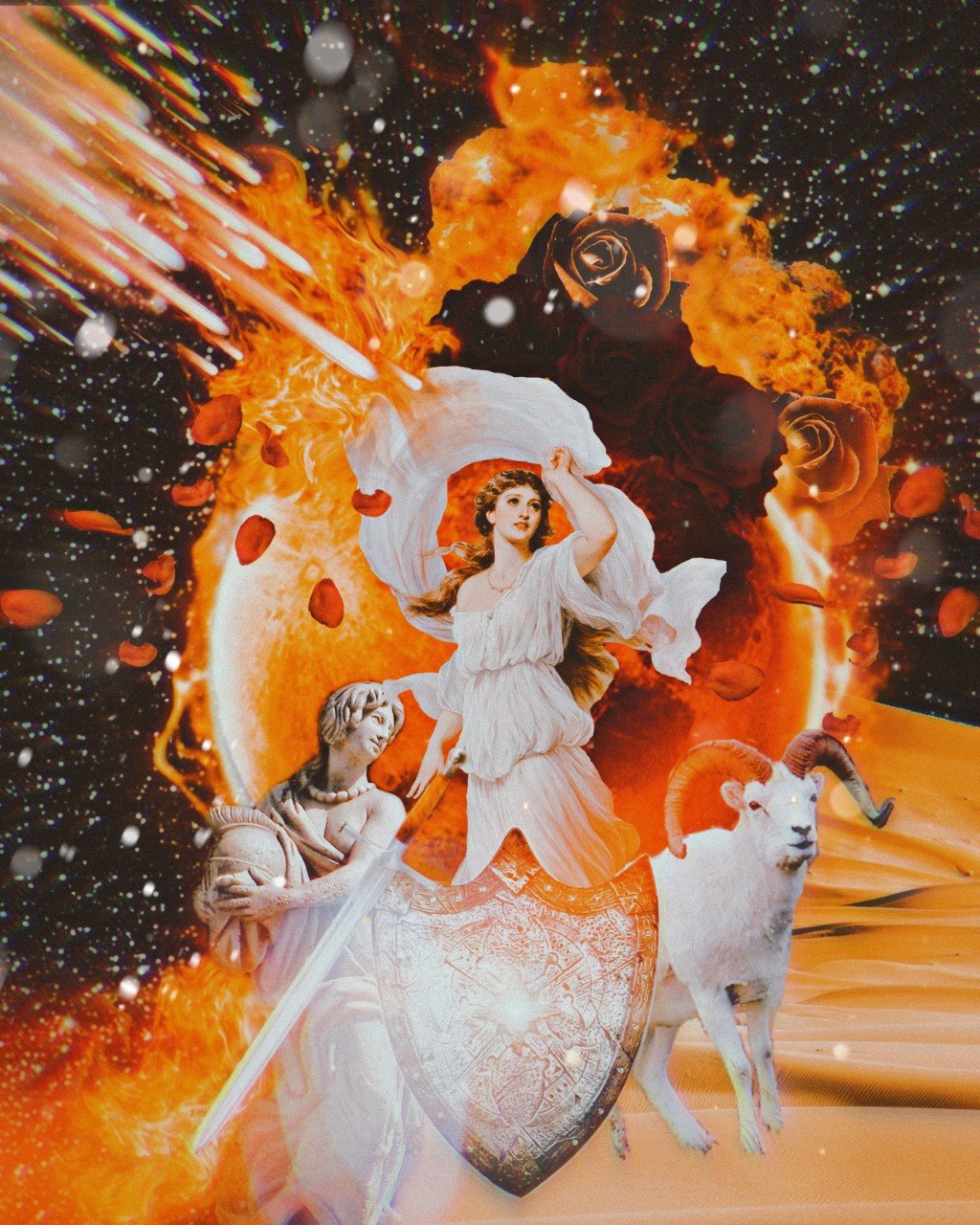 Prepare for a jam-packed cosmic week! Starting on Monday, March 21, Mercury conjuncts Jupiter in Pisces, linking the mystical mind with the great benefic. Reality fuses with fantasy as this magical conjunction blurs the lines. Nobody will expect the worst when they will be hoping for the best! If anything, be mindful of tone, turf, and timing. Although intuitive and soft, this conjunction can still allude to having overly confident, if idealistic, opinions.

The following day, Mars in Aquarius squares Uranus in Taurus, causing tension between the modern warring planet and the fiscal rebellion. When Mars and Uranus clash, sparks could fly! It may spar unforeseen yet decisive action, likely leading with surprisingly fixated ambition. For some, this could be the perfect transit to explore sexual tension. However, the square could also result in a cold war, leading to a stubborn stalemate. Regardless, expect the unexpected!

Then Mercury conjuncts Neptune in Pisces, which aligns the mystical mind with the spirit realm. Dreamy yet elusive, the conjunction inspires fantastical thinking. Neptune colors Mercury’s mind with the rose-colored glasses, implying that there may be an air of illusion. Facts are no longer tried-and-true but rather subjective during this transit. Common sense could also dissipate for a more hopeful, abstracted perception.

Finally, Mercury makes a final appearance at the very end of the week when it sextiles Pluto in Capricorn, harmonizing the mystical mind with the CEO of the underworld. Since Mercury has been swimming in its daydreams all week, Pluto’s last-minute influence can unearth the truth behind the fantasy. So, Pluto may shake down the whimsy of Mercury with stone-cold logic and common sense. With that comes the realization of how powerful the mind, perception, and words truly are.

The Season of the Ram

The sun leaves the spirit realm for its exaltation in vivacious Aries on Sunday, March 20. Now reporting to Mars, the sun is ambitiously aggressive in all it does. This is the season to quite literally *ram* your way through life!

Instinctual and forceful, the sun in Aries holds immense combustible energy. The collective will feel more inspired to lead with impulse, resulting in antagonistic reactions. Although it can come across as aggressive, this will be perfect for rising to the occasion or attacking the problem without a second thought. As Aries season builds, so does the need to be incredibly self-sufficient. The Aries-infused solar energy sparks brash independence as we assert ourselves. After all, this is the season of “me,” so lean into a healthy expression of selfishness!

Similar to the first quarter moon, the last quarter moon also acts when there is a crisis. The lunation occurs in mature Capricorn, encouraging us to get a grip of our situations. Now is the time to go about each occurrence with a sense of responsibility and duty. The last quarter moon in Capricorn inspires careful editing that lets go of unnecessary details so that we can prioritize what matters.

Your Weekly Horoscope for March 20

It is your time to shine! Now that the sun is in your sign, you are feeling brighter and bolder than ever before. Absorb the solar rays and allow yourself to shine like the star you are.

Be open to redirection when Mars in Aquarius squares Uranus in Taurus. You may find that you cannot move forward with your career or legacy if you are resisting change to some degree.

What do you want to be remembered for? Mercury conjunct both Neptune and Jupiter encourages an idealistic approach to your legacy. The world is your oyster if you allow yourself to believe it!

It is Aries season! Now is the time to rise as an independent trailblazer in your life. Aries season encourages you to lead the way in your career, stand out in your reputation, and demand what you are owed for recognition.

Lead the way! The sun is now in Aries, which fuels your desire for adventure. Embark on new journeys that can widen your worldview during Aries season. You could even plan a trip to somewhere new!

All week long, you may be having conversation after conversation with your partner-in-crime. Whether this is a lover or work bestie, there are necessary conversations to be had.

Now that the sun is in your opposite sign, Aries, you may feel bolder than ever when seeking out relationships and commitments! Do not shy away from asserting your expectations and standards.

Delve into your creativity as Mercury conjuncts both Jupiter and Neptune this week. You may feel especially romantic and imaginative, perfect for playing into your fantasies!

Welcome to the fiery Aries season. Honor your creative spark by exploring your sensuality and the hobbies that bring you passion. Aries season is about to be exceptionally hot!

Time to take a stand in your home life now that the sun is in Aries. Aries season is the perfect time to purge your household and ready yourself for spring cleaning. You may even have the energy for new home projects.

Be mindful of who you take financial advice from this week with Mercury conjunct both Jupiter and Neptune. Abundance is yours to have if you are careful about how you achieve it.