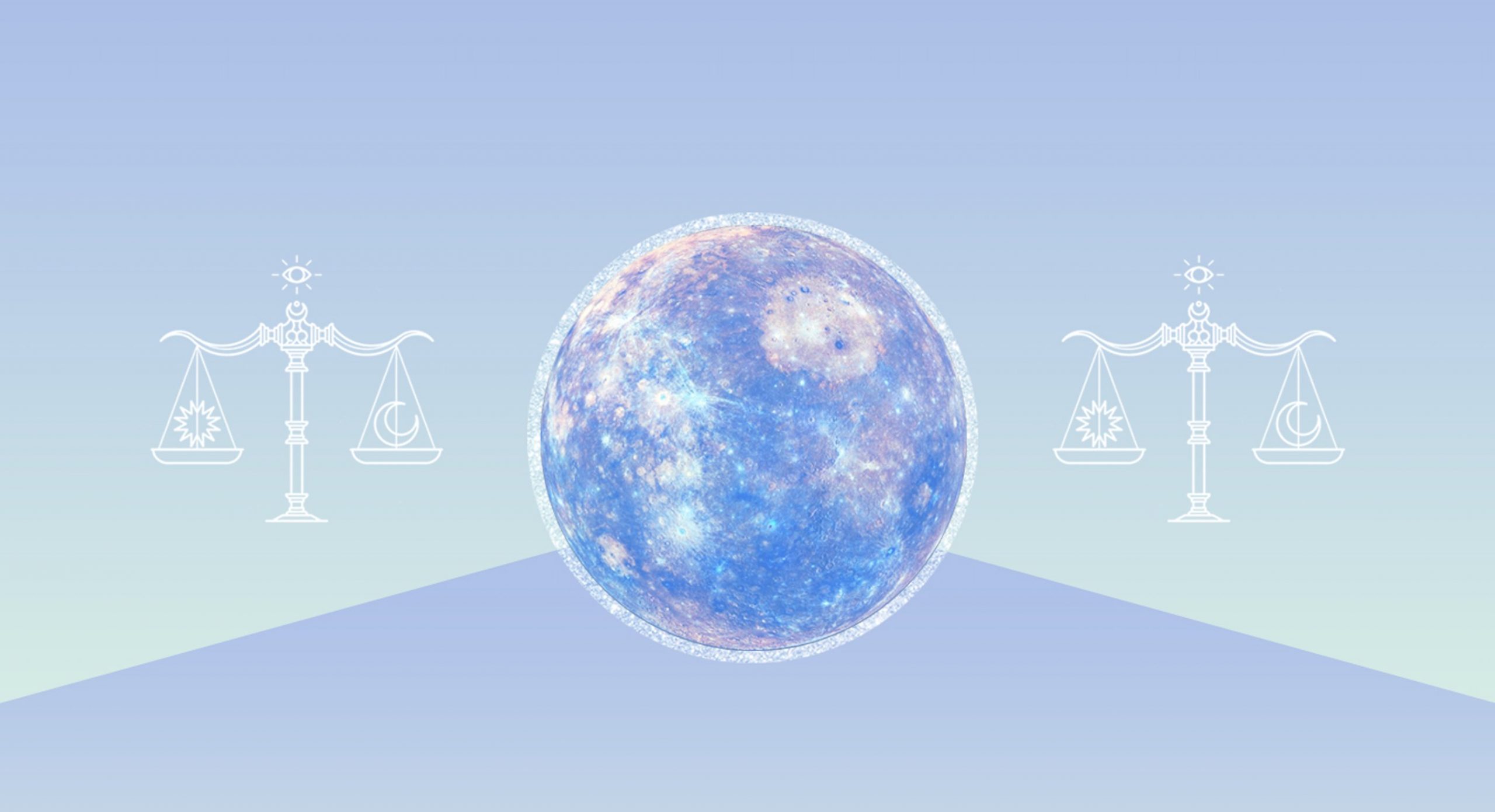 The sky will be in a rather sweet and passionate mood this week. However, the most noticeable transit will be the official arrival of Mercury retrograde in Libra that begins on September 27. Mercury retrograde phases are felt in three waves: with the pre-shadow hinting at what is breaking down, the official retrograde where situations of the past re-emerge to bring forth new information, and the post-shadow where we assess our newfound path forward with what we have learned.

In Libra, our cosmic messenger will help us to review our partnerships and relationships to make sure they are in balance. If not, we have an opportunity to shift them into a better playing field. Yet, as Mercury rules the mind and communication, there will be breakdowns in connection in the weeks ahead. Past associates and partners may emerge, but more likely in a casual sense rather than anything that is karmic in nature.

The Sweetest Day of the Week:

September 29 aligns Venus in Scorpio in a trine with Neptune in Pisces. This is a five-star day for love and creativity! This energy will touch our hearts, opening them up tenderly and compassionately. This will be an auspicious day for relaxing, being entertained, and indulging in our connections with other people.

On this same day, the sun in Libra will trine Saturn in Aquarius. Achievement, victory, and recognition could now be at hand due to previous efforts. This is an excellent time for assessing your goals and ambitions and putting yourself out there to make them happen. Authority figures are likely to smile upon each of us now.

On September 30, Venus in Scorpio will square Jupiter in Aquarius. Of all the square aspects, this is the sweetest one, as both Venus and Jupiter are benevolent planets. This means that we will be eager to indulge, have fun, and share our happiness with others. Socializing, meeting new people, and dating will also glisten like gold. However, it would be wise to exert a bit of caution so we don’t end up feeling taken advantage of, guilty, or “hung over.”

The one sour aspect of the week will certainly be the square between Mercury in Libra with Pluto in Capricorn on October 1. We experienced this same aspect last week on September 22, so look back to then and similar themes will likely pop up now. Power struggles, conflicts, and coercion are all possible near this time. Instead, focus your attention on intense work in solitude.

To end the week, we have another aspect with Pluto—the sextile between Venus in Scorpio with Pluto in Capricorn on October 2. Our hunger for companionship and intimacy will intensify greatly, as we strive to take our relationships to a deep emotional, sexual, and mental level. New unions will feel karmic in nature, while existing ones can feel a profound sense of connection. Harness this to your greatest personal benefit now!

Work on issues with your partner with a live psychic reading.

Get in-depth astrological and Tarot content in your inbox! Join our newsletters!

Mercury retrograde begins in your solar seventh house this week, Aries. Prepare to not be seeing eye-to-eye with a significant partner.

Your work life is about to explode in confusion, Taurus. Mercury will station retrograde in your solar sixth house this week.

Prepare to feel a great deal of confusion, Gemini. Your planetary ruler, Mercury, begins a retrograde phase this week and will obscure matters around romance or creativity as it stirs the pot in your solar fifth house.

Confusion around domestic affairs is guaranteed this week, Cancer. A Mercury retrograde phase will slither in shaking up your solar fourth house.

Watch what you think, write, and say, Leo. Mercury retrograde is taking place in your solar third house of communications and could cause things you state to be taken poorly.

The universe has a curveball coming your way, Virgo. Your planetary ruler, Mercury, stations retrograde this week and will create an earthquake around money as it resides in your solar second house.

Your whole world will suddenly feel delayed, stagnant, and confusing, Libra. This is because Mercury—in your zodiac sign—will turn retrograde. Use the weeks ahead to assess your strategies.

Read me: Neptune Retrograde 2021: Welcome to a Fantasy World

As Mercury—the planet of the mind—decides to take a nap in your solar twelfth house, you will feel “not on the earth,” Scorpio. You could find that you are lost in a dreamland!

Old friends and acquaintances are likely to re-emerge this week, Sagittarius. Mercury, the planet of communications, will bop backwards in your solar eleventh house.

Uncertainty around professional projects is likely to take place beginning this week, Capricorn. Mercury, the planet of technology and communication, will station retrograde in your exalted solar tenth house.

Old philosophies, beliefs, and distant places may begin to call to you this week, Aquarius. Mercury will begin a retrograde phase within your solar ninth house of expansion.

It’s time to review your assets, investments, and loans, Pisces. Mercury, the planet of calculation, will begin a retrograde phase in your solar eighth house to last for many weeks.