Release Your Fears With Winter's Most Magical Transits 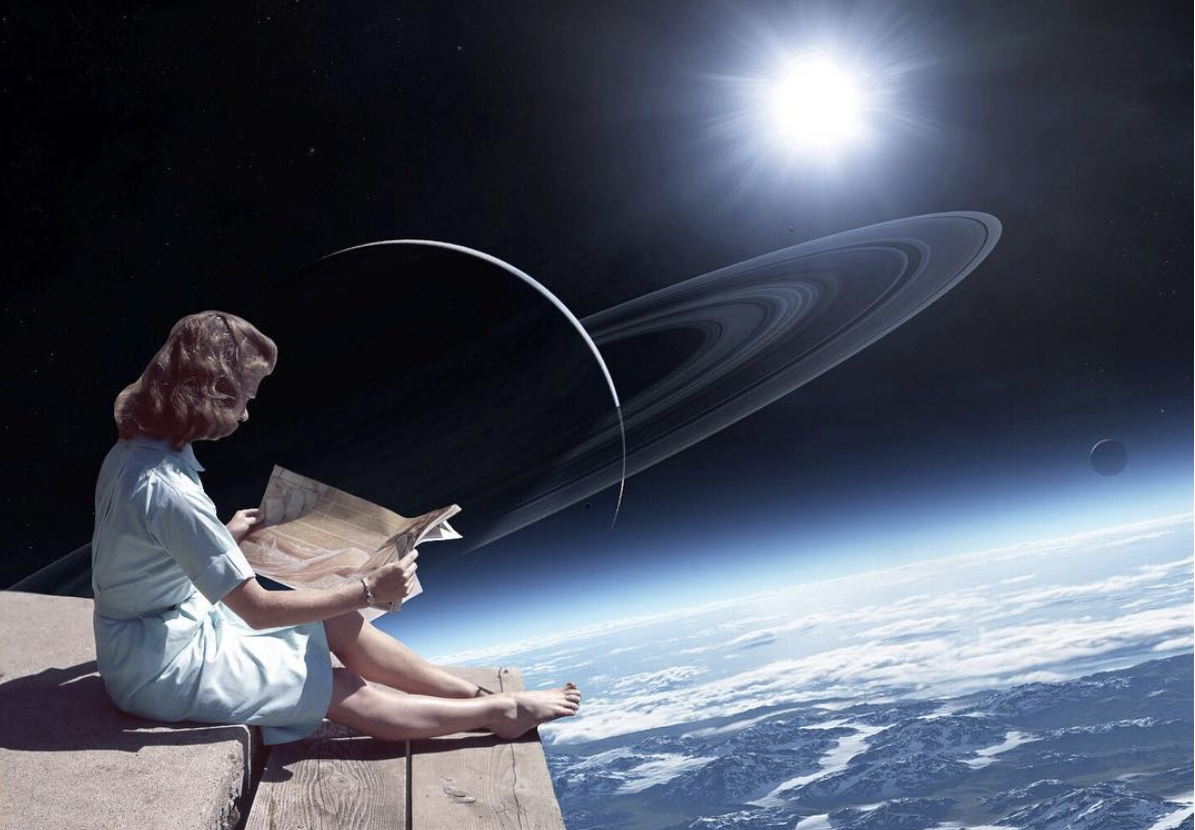 Astrology has a long history and tradition as a magical aid. In fact, astrology, alchemy, and magic were originally seen as three related, or sister, arts that were practiced in tandem. Two of the basic conditions for magical activity are that a planet be in one of its dignities—the places where it has heightened powers—or the planet be in conjunction with a powerful fixed star.

With this definition in mind, these two transits are slated to be the most magical of 2019’s winter quarter. Read on to discover how to harness the alchemic energy.

Saturn in Capricorn and conjunct Vega

Saturn’s natural powers of structure, organization, and long-term planning are heightened in Capricorn. Vega is a very bright star identified in ancient lore as one of fifteen Behenian stars which exude special magical powers—it was said to make one magnanimous and to dispel fears. The latter is especially important, as in its negative form Saturn represents our fears and limitations. We can call on the powers of Vega to transcend anything that is holding us back.

Each of the Behenian stars has an accompanying herb, stone, and image or sigil used to access its powers. For Vega, the herb is chicory and the stone is chrysolite, an ancient name which includes peridot, topaz, and tourmaline. The sigil for Vega looks like an “X” on its side with small circles in the middle and at each end. The glyph for Saturn is the cross of matter above the crescent of soul (see below). 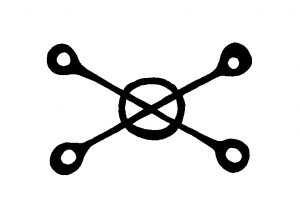 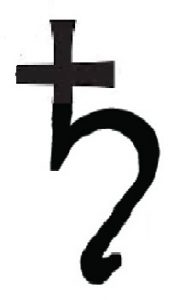 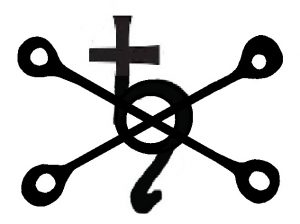 Saturn is within one degree of Vega from about January 28–February 16 (exact February 6). In classical astrology, each of the days of the week belongs to one of the seven planets (e.g., Saturday belongs to Saturn), and generally a waning moon that is losing light is best for decreasing things—like fears.

On Saturday, February 2, preferably just after sunrise—the first hour of the day belongs to the planet of that day—draw the symbols of Vega and Saturn on a piece of paper, either side by side or combined. On the back, name the fear or limitation you are trying to transcend and ask Vega for protection. For example: “Vega please protect me from and dispel my fear of public speaking.” You can place this paper talisman along with a chrysolite stone and some chicory in a place that feels sacred to you.

Then, when the moon is waxing or increasing in light on one of the following two Saturdays (February 9 or 16) preferably just after sunrise, ask Saturn to grant its positive powers to help you overcome your fear. For example: “Saturn please grant your powers of structure, organization, and long-term planning to help me overcome my fear of public speaking.” Keep the paper talisman, stone and herb in your sacred place as a reminder of your commitment to overcoming your fear, and later when you feel you’ve accomplished enough mastery or control you can bury them together in the Earth as a way to gain closure. Be sure to thank Vega and Saturn and whatever deities you’re accustomed to recognizing and working with.

February’s full moon is a supermoon, which means it’s closer to the Earth and appears larger. Additionally, this full moon is conjunct Regulus, aka Cor Leonis or the Heart of the Lion. A royal star, Regulus grants success when you channel passions toward the highest, most refined goals. Together, a supermoon on a royal star feels rather heroic! If you’re feeling bold and courageous, trust it. On the days leading up to this full moon, take a chance, follow your heart, do something big, bold and audacious. Follow your bliss, especially when it leads you off the beaten path. Trust the light of the full moon to help you find your way.

All heroines eventually return home, and this full moon is exact in the first degree of Virgo, a feminine earth sign. This agrees with the basic nature of the moon, which is also feminine and nocturnal. The ancients called this triplicity dignity, when the nature of the planet agrees with the element of a sign and felt that it signified a person in their family home, amongst familiar and comfortable surroundings. So, if your heart is now leading you inward or you feel drawn toward the safety of home or community, this is also natural. On the day of and days following the full moon, forge strong bonds of the heart by seeking to do works of practical good in family and community settings. The new moon in Virgo six months ago sowed seeds in your life that are ready to flower and harvest now. Share the fruits of this success with those closest to you, in order to strengthen family and community bonds.

Read Me: Look Up: These Are The Most Magical Transits of 2019