Eros and Psyche: Inside the Mythology of Valentine’s Day 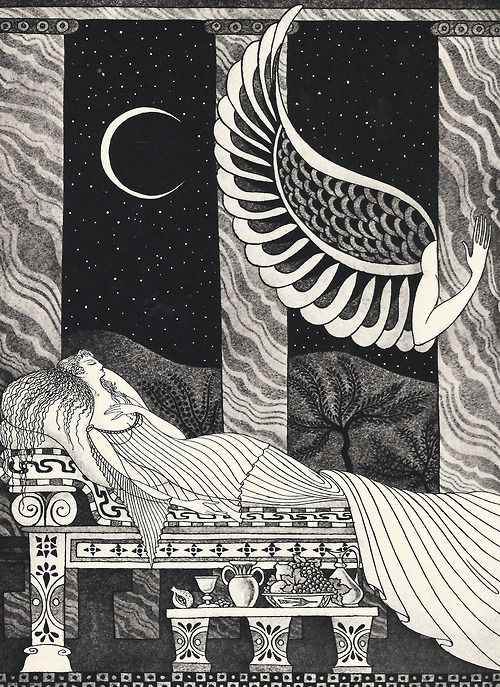 The tale of Eros and Psyche is a modern-day rom-com, filled with a “meet-cute” vibe, drama, forbidden love, and mystery. Their tale transcends time and embodies the true mystical and mythological nature of Valentine’s Day.

Greek god Eros (who’s Roman counterpart was Cupid) was the winged god of love and passion, who, depending on his mood, would mischievously shoot his arrows at others to create amorous and hateful relationships. As the son of Aphrodite, he was gifted an unlimited number of arrows to throw at others in order to incite desire and lust—which didn’t always create the best results. Although his intent wasn’t malicious, he often ended up adding chaos to the love lives of many innocent victims—including his own.

Read me: Love Spells to Lure Your Partner This Valentine’s Day

Over time, Eros got a taste of his own medicine. His mother, Aphrodite, was jealous of Psyche (a beautiful mortal woman who later became a goddess) because she was receiving a lot of attention from prospective suitors. Aphrodite ordered Eros to fly down to earth from the heavens and make Princess Psyche fall in love with one suitor, instead of being able to flirt with all of them and have her pick of the litter. Things didn’t go as expected during this expedition. Eros accidentally pricked his finger with one of his magical love arrows and he became romantically enchanted with Psyche. 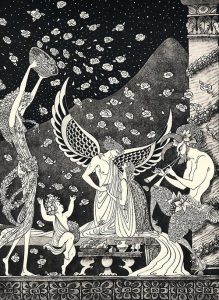 We all can imagine what happened next. Eros was borderline obsessed with his new love who isn’t totally vibing with him at first (over time she begins to love him). He arranged secret rendezvous every night to have clandestine sexual liaisons with Psyche during which he never reveals his face as they make love in the darkness of the night. After being convinced by her sister to find out the real identity of her secret lover, Psyche does what any normal person would do in that situation—she lights a candle during their meetup (which is the modern equivalent of asking where the relationship is going), freaking Eros out. He flees and runs away.

Now, what’s a pretty girl to do when her pseudo boyfriend bolts on her? She becomes heartbroken and lovelorn after being gaslighted by her boo. Psyche strikes a deal with Aphrodite (Eros’s overbearing mama) to convince Eros to give her another chance. Aphrodite consents to the request, but only if Psyche can prove her loyalty to both, Eros and her. Basically, Aphrodite demands that Psyche give up her numerous suitors and remain faithful to her son—which is Aphrodite’s way of testing her loyalty while at the same time getting what she originally wanted in the first place. Psyche plays by the rules and the two lovers are reunited. Then, she reaches goddess status (becoming the goddess of compassion) with her man, Eros, eternally by her side. From their marriage, they give birth to Voluptas, the goddess of sensual pleasure and delight—which is what one would expect given their mythological and mortal genealogy.

Read me: Manifesting Love in All Forms: A Zodiac Guide to Self-Care on Valentine’s Day

While the tale of Eros is a story of forbidden and true love, it also has creepy vibes to it (such as their secret meetings and Aphrodite’s control over her son). But it does prove that star-crossed lovers can be together and make a relationship work if they are committed. However, as history puts it, they both go on to celebrate their love—which is what Valentine’s Day is essentially about—and why we honor them on this auspicious romantic holiday.