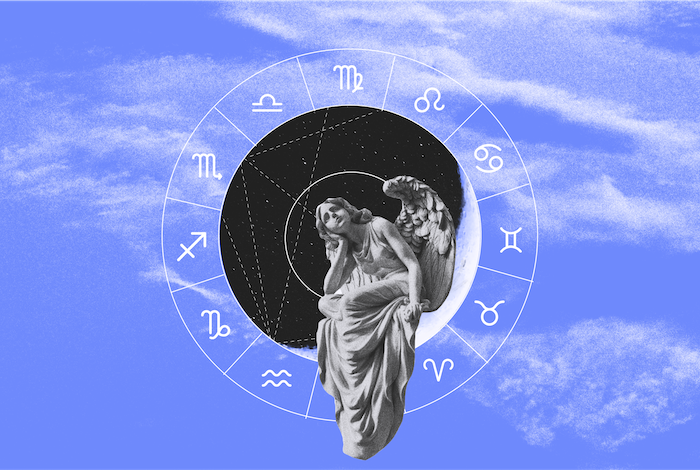 If you’re ready to go deeper, we asked astrologer Maisy Bristol to tell us more about degrees, why they’re so important to the birth chart, and how to interpret them.

Degrees in a Birth Chart

As mentioned above, there are 360 degrees in a birth chart—which means 30 degrees, per sign, per House. “It’s a lot to take in,” Bristol says. “But, once you understand a few very important degrees, you can apply it to every House and sign.”

While there are 360 degrees in the chart, astrologers look at them in segments of 30. So, really, there are just 30 degrees to define, remember, and use while looking at charts.

READ MORE: Houses in the Birth Chart: What Do They Mean?

As Bristol mentions, there are a few very important degrees in the birth chart, called “critical degrees.” According to her, “the critical degrees represent the three modalities of the zodiac: cardinal, fixed, and mutable.”

So, why is this important? Well, any time a planet lands within a critical degree, it suggests that we’ll have some extra challenges there to overcome. And, of course, all of this is in relation to the modality of the critical degree, the zodiac sign that the planet is in, the meaning of the planet, and the House that it falls in.

“This may sound daunting,” says Bristol, “but critical degrees are there to provide insight into the life lessons that you are meant to learn in this life. They can be really insightful!”

To make things easier, Bristol broke down the critical degrees for us:

How to Interpret Degrees

Depending on which modality your critical degrees fall, you might tend to: over-express (cardinal), under-express (fixed), or choose a path of ambivalence (mutable). Here, we’ll cover what each means and how it may pose challenges.

If you have planets that land in one of the cardinal critical degrees, this means that you’re likely to overexert or overestimate in those areas. For example, if your Venus sign (planet of relationships) is stationed at 13 degrees Aries in your birth chart, that means you may be overly impatient, risky, or bored in your relationships—and will likely be hard to pin down.

Bristol points out that whenever a sign is at 0 degrees (or 29 degrees, for that matter), the sign is working at its fullest potential, according to Bristol. “Any sign placement at 0 degrees is likely to embody all of what that sign stands for,” she says.

For the fixed degrees, this will likely appear as a shield, according to Bristol. “Fixed critical degrees give that placement a sense of restriction, restraint, or fear about the possibility of ‘letting loose.’”

The sense here is that to express or to openly show vulnerability is to be weak or to risk getting hurt. So, you can apply this kind of sentiment to the sign and planet shown in the fixed critical degree.

She gives an example of the moon at 9 degrees Virgo. This person might be so critical of their feelings, and of others, that it might be extremely difficult for them to share.

With the mutable degrees, these placements do not provide a sense of “overdoing” or of “restraint.” Instead, they provide indifference, according to Bristol. She explains that this placement has much more trouble taking a hard stance on the energies provided here—whereas the other two placements have more trouble either doing too much or avoiding entirely.

An example of this might be if Mars was placed at 4 degrees Cancer. This individual would likely experience great challenges regarding bringing up feelings and how others have affected them.

What is ‘degree theory’ in astrology?

Degree theory is different from critical degrees. Invented by Nikola Stojanovic, this concept suggests that every degree in the 30-degree Houses have a purpose or tell a story. Her notion was that as you get farther away from 0 degrees, the energy of the sign becomes less and less or more transformed into something different.