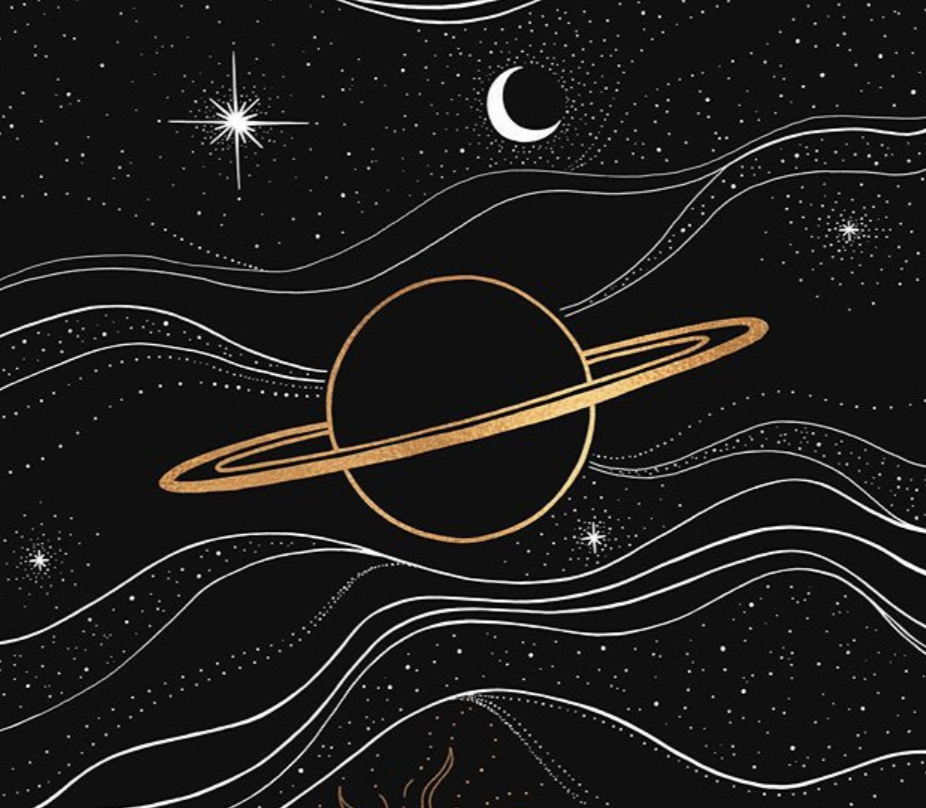 Saturn goes retrograde every year for about 140 days, which is more than a third of the time. So, Saturn retrogrades are the most common of all the visible planets. Since it is always farther from the sun than Earth, Saturn is classified as a “superior” planet. Like all planets, Saturn is closest to Earth in the middle of its retrograde—but it never really gets all that close to Earth compared to the other visible planets. This makes Saturn retrogrades less intense overall, such that we may sometimes forget Saturn is retrograde. Although Saturn’s distance to Earth is never remotely close to 1 astronomical unit (distance from Earth to the sun), the problems of being overly subjective or “too close” to issues and signification ruled by the ringed planet are still there. Saturn rules over things such as boundaries, structure, authority, discipline and long-term planning.

During retrograde motion, Saturn strays farther from the ecliptic plane than Jupiter (though less far than any of the other planets). This means that during Saturn retrograde, we may at some point feel somehow out of touch or out of step with “normal”—and it will be around serious issues that carry weight, like rules and deadlines. Saturn has a lot to do with social expectations, and in Freudian terms, it would definitely be associated with the moralistic side of the psyche known as the Superego (versus the hedonistic urges of the Id, associated with Venus and Mars). So issues of cultural and social expectations overriding individual needs and desires can definitely come up during Saturn retrogrades.

Of all the looping, wandering journeys Saturn takes during its various retrogrades, its journey through Capricorn is the most straightforward and symmetric. In most other loops, Saturn does not cross the ecliptic, but rather makes forays away from it. But since Capricorn is the location of Saturn’s south node, this means it will cross the ecliptic plane in a downward fashion on February 13, just a few months before the retrograde station. This is a rare event. The last times Saturn crossed the ecliptic in the same year as Jupiter were in 1990 and 1960-61—and these were years of rare and intense socio-political changes. Watch carefully for emergent themes around mid-February, as these will likely resurface during the retrograde. After February, like a hiker descending a steep mountain via “switchbacks,” Saturn does a zigzag below the ecliptic—and will get farther from the ecliptic during the entire retrograde, not to cross it again for another 14 years. So, this means there is some sense of “normal” regarding rules, boundaries, and limits that we will be leaving behind in the past.

The only aspect repeated for Saturn this year is a series of three squares to Mars. The first square occurs August 24 with Mars direct and Saturn retrograde, and the second occurs a month later on September 29 with Mars retrograde and Saturn having just stationed direct. Stationary planets are often very powerful, and Saturn takes the cake when it comes to digging in heels. With Mars being retrograde and also very bright and powerful, the square of September 29 could easily be one of the most volatile aspects of the year—as an irresistible force meets a quite literally immovable object. Hopefully, we learned during Saturn’s retrograde where there are outdated rules, limits, or boundaries, and with this info we can throw Mars a bone by being willing to discard some of the Saturn restrictions that are clearly not working. By the final square on January 13 of 2021, Mars has moved to Taurus and Saturn is in Aquarius with both planets direct. If we were able to open up boundaries to allow some new energy expression around the second square, then this final square could be very productive with a lot of energy to get things moving forward.
Read me: Uranus’ 2020 Retrograde Brings Change at a Personal and Collective Level 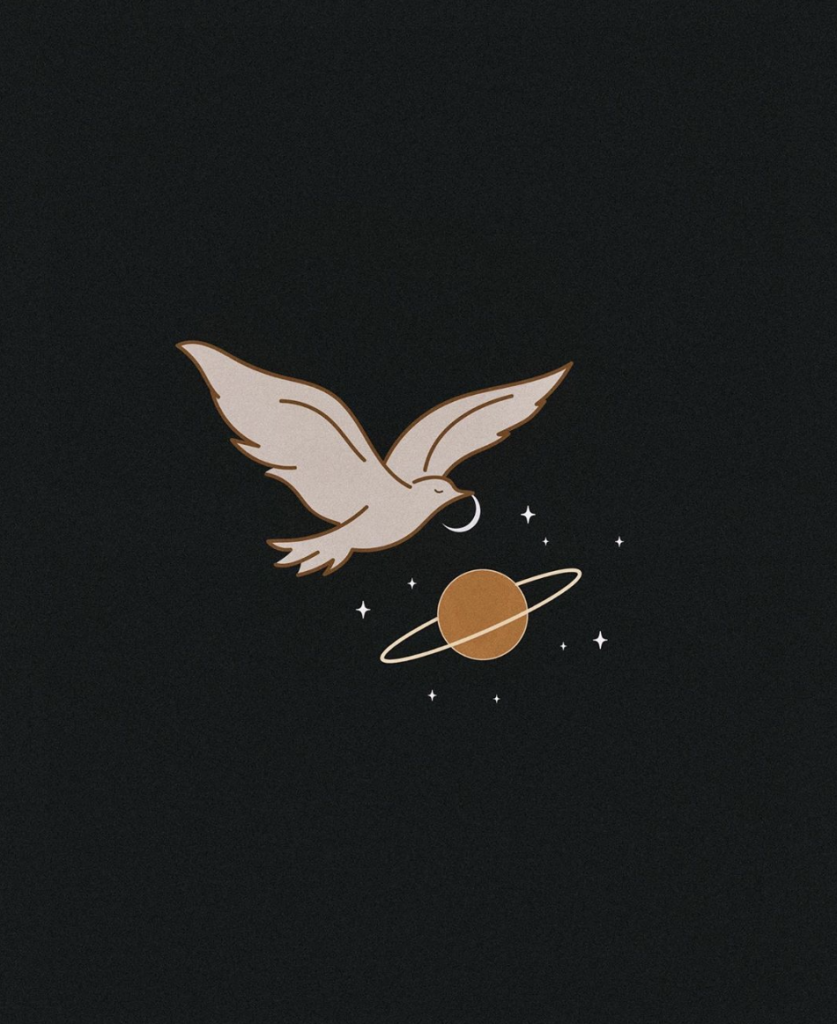 Most intense for Aquarius and Capricorn
Saturn is the ruler of both Capricorn and Aquarius, and when the ruler is retrograde, it will feel as if you are out of step with “normal” somehow. But since Saturn is in its home signs, this will perhaps be less internalize—at least at first. You may notice being out of step with “normal,” but rather than feeling ashamed or self-conscious and falling into line with expectations, you may be more inclined to realize your authenticity as valid, hold to your inner state as true, and feel that it’s actually the definition of “normal” which needs updating. This, of course, is much harder to accomplish.

Most challenging for Aries, Scorpio, and Capricorn
The squares from Mars to Saturn will affect these signs most personally. Your tendency to fight battles for personal reasons makes you vulnerable to poor strategy. If you can de-center the conflict, see it from a more objective view, and select the best strategy, then you are more likely to find the win-win options that are not only more available, but also better for everyone in the long term.

You know how they say that it’s not what you know but who you know? You may be in for a delightful turning of the tables, dear Aries. Those who you know can benefit from what you know, and vice versa. You may need to adjust your boundaries to allow some people more freedom than you’re usually comfortable with. At the same time, you may need to dial in a little bit tighter boundaries with others. Further still, you may need to take a break altogether from those who are not respecting you.

All organisms on the planet will “regress” to formerly successful behaviors when their newest adaptations aren’t putting bread on the table. In your case, this may even feel more progressive than regressive. You may have left a lot more meat on the bone than you realized.

That grass that looked so much greener may be getting a little brown around the edges, but I would suggest that, rather than going farther, the answer lies in going deeper. Digging in will help you find not only the deeper sources of nourishment, but also the actual roots of problems after too much time spent whacking away at the leaves.

Do you ever wish you could go back to the beginning, when things were sweet and simple and romantic? Of course you do, you’re a sappy Cancer! Well, the good news is that you can absolutely recapture that original spark with someone right now. Ask your live-in partner out on a date. Make out in the back seat of a car. Do all the things that made you fall in love with them in the first place—or as many as possible, anyway.

This one may just hit you where it really hurts, dear Leo. But perhaps true pride is the willingness to put aside your personal dignity and take one for the team. The Tao Te Ching tells us that the high is built on the foundations of the low. By lowering yourself and tending to foundations, you will rise even higher.

Have you become so disciplined and organized that you’ve lost any sense of fun and creativity? Cultivating the art of the everyday is important right now. Understanding that there are universes inside even the smallest details can turn drudgery into adventure and rekindle your creative flames.

You may be questioning your creativity or ability to take risks, especially regarding social situations. Things that usually come naturally may seem more like an effort now. This is a great chance for getting to know yourself better and make more conscious that which you tend to do somewhat instinctively.

You may be feeling a bit of boredom or wanderlust, dear Scorpio. Your usually stable nature may seem a lot less solid to others. Rearranging the furniture or remodeling the bathroom might take the edge off, as well as a healthy dose of socializing. But you need something more for the long haul. I dare say it might be spiritual in nature.

Your local social contacts are going to come in handy during this retrograde, and investing in them—or asking them to invest in you—could pay off later. The long-term makeup of your neighborhood is changing, and you just might be someone who can do something about it.

Any financial concerns that crop up during this retrograde should also be a signal for you to look more deeply at yourself. If it were all gone tomorrow, would you still be you? That is, would you still do what you’re doing today? Don’t invest further in something that you don’t really believe in. Find your faith or find another way.

You may have a tendency to take any reversals or departure from normal personally, at least during the early part of the retrograde. But this isn’t about you. It’s about the angels—or archetypes, or whatever you call your higher guiding power—having other plans for you. Pay attention. Persisting on a path from which they’re pulling you away might not be wise.

Your deeply spiritual nature has made you a sucker for somebody more than once in your life, but this is not one of those times. In fact, it may be a good time to practice that team-building exercise where you fall back into your partners’ arms and allow yourself to be caught. It might be good to give them a heads up first, though!

Gary P. Caton is a transdisciplinary astrologer who maintains an active sacred relationship with the living Sky as his temple. Initiated an astrologer by a magnificent dream in 1993, Gary is the author of Hermetica Triptycha: The Mercury Elemental Year, and host of the popular Hermetic Astrology Podcast. Catch Gary online at www.DreamAstrologer.com