The Three Decans of Scorpio: Which One Are You? 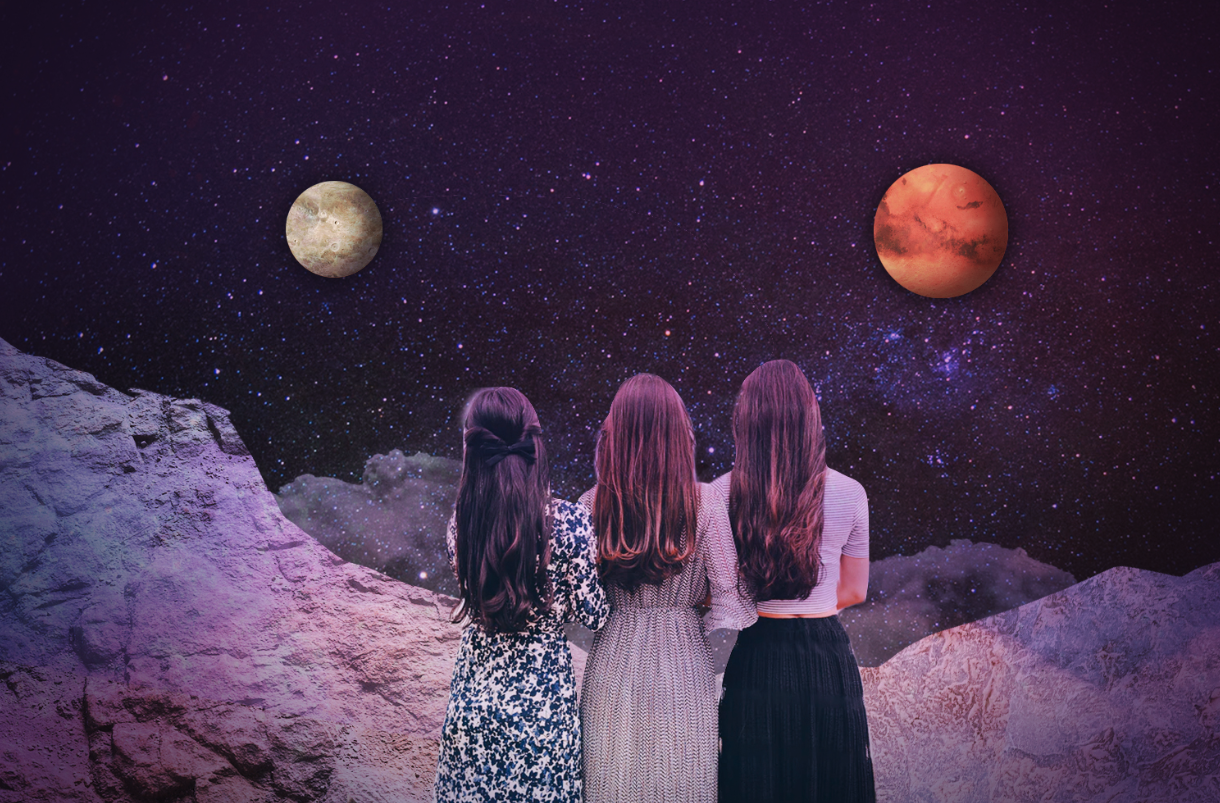 Long before the existence of a 12 sign zodiac, Egyptian astrologers carefully watched the sky for new stars coming into visibility at 10-day intervals. The rising of these new stars brought new Gods and new magical powers to the fore, and these were considered so important they were even used as guides for the dead to navigate the afterlife. Mesopotamian astrologers incorporated these ten-degree divisions into the zodiac and they became known as “decans” to the Greeks, who gave them a special place in the scheme of essential dignities. The special power of the decans has always been seen to be about fate, and our ability to change it through magic.
Read me: Your Scorpio Season Tarot Pull Is Here to Help You Rise Above and Bloom

The most common system of rulership for decans follows the Chaldean order, where the planets are arranged in terms of speed from slow to fast, thus from Saturn, down to Jupiter, Mars, Sun, Venus, Mercury and finally the moon. In this system, the three decans of Scorpio are ruled by Mars, the Sun, and Venus. The Golden Dawn system and the various Tarot decks produced by its members (including the Rider-Waite, the most common deck in use) often show the influence of these decan rulers quite clearly in the associated minor arcana cards. In this system, the three decans of fixed signs belong to the 5, 6, and 7 of the associated suit. In this case, cups are the Tarot suit for the water signs.

Beginning at 0° Scorpio and spanning the next ten degrees is a decan associated with Mars, and its powers of desire and aggression. The arrival of cooler weather can help spur physical activity and the primal need to prepare for winter can subconsciously trigger us into survival mode. Mars is very capable of taking care of business and makes no bones about separating the wheat from the chaff in terms of what is desirable and what is not. Traditionally, this is when the animals that needed to be butchered for winter were selected.

The rulership of Mars can be seen in the Tarot image related to this decan as well. The first decan of a fixed sign is related to the number five card of that element, in this case, the Five of Cups. Fives naturally serve to disrupt the former stability of the four, and so whereas the Four of Cups suggests a surfeit, the five often features images of spilled cups. Thus this card is known as “The Lord of Loss in Pleasure,” in Book T of the Golden Dawn. In terms of essential dignity, this is definitely one of the most powerful placements for Mars, who is dignified by domicile, triplicity, bounds, and decan. In the LWB (“little white book”) for the Hermetic Tarot (based upon Golden Dawn teachings) the nature of the Mars’ extra power here seems to suggest Mars’ natural aggressiveness being far too much for the sensitive water sign, and this harshness can result in loss and disappointment.
Read me: The Three Decans of Libra: Which One Are You?

Beginning around November 2 and spanning 10-20° of Scorpio is a decan associated with the sun, God of light and color. It is around this time that the wonderful display of fall color often reaches its peak. This is one of only three places where the sun has any essential dignity outside of the first half of the calendar year, and for many people, it can be a kind of last hurrah concerning outdoor and agricultural activities. This is the season of Samhain, where the spirits and faeries were seen to be moving. This decan was seen as an important passage since ancient times, when Neolithic tombs were aligned with the sun’s rising at this time and later rites to honor ancestors were observed.

The second decan of a fixed sign is related to the number six card of that element, in this case, the Six of Cups. Known as “the Lord of Pleasure,” in Book T of the Golden Dawn, the Rider-Waite version of this card features a happy scene of reunion and sharing. This is reflective of the celebrations which have often marked this time of year, as well as the offerings that were often made to the spirits.

Beginning around November 12, from 20-30° of Scorpio we have a decan ruled by Venus, Goddess of love and sensuality. The natures of water and of Venus agree with one another and this is why Venus rules the watery triplicity by day. But Venusian principles are hard to sustain in the harsh environment of Mars’ home sign, and so this decan can be associated with both pleasure and success, but also the subsequent loss of or inability to maintain it.

The third decan of a fixed sign is related to the number seven card of that element, in this case, the Seven of Cups. In the traditional Rider-Waite image for this card we see a figure with an enticing array of vices set out before them. Known as “the Lord of Illusionary Success,” in Book T of the Golden Dawn, this card suggests that one’s desires can get carried away beyond what is practical here. In the LWB (“little white book”) for the Hermetic Tarot (based upon Golden Dawn teachings) the nature of the Venus’ dignity by triplicity coupled with detriment by sign is expressed as success that is not followed up with or is somehow neutralized.