Venus retrograde in Gemini—Throwback to the Summer of Love

Venus will station retrograde on May 13, 2020 at 21°50’ Gemini and will station direct on June 25 at 5°20’ Gemini.
Venus is retrograde less often than any other planet, and yet in the middle of the retrograde, it comes closer to Earth than any other planet ever does. Also, during retrograde motion, Venus strays farther from the ecliptic plane than any other planet. These factors combine to make Venus retrogrades very intense. Venus retrogrades only occur in five areas of the sky (which form a pentagram), and these repeat in the same sign every 8 years—so, the last Venus retrograde in Gemini was in the spring of 2012, and before that in the spring of 2004. It’s often very useful and informative to look back at these times for repeating symbols and patterns regarding sensuality and love, social life, the arts, and fashion.
Of all the looping wandering journeys Venus takes during its various retrogrades, its journey through Gemini is the most relatively straight-forward and symmetric. In all the other loops, Venus crosses the ecliptic before and after actual retrograde motion and makes a wide foray away from the ecliptic during the actual retrograde. But since Gemini is the location of Venus’ south node, this is currently the only sign where Venus will actually cross the ecliptic plane while in retrograde motion.
Like a driver descending a steep mountain via “switch-backs,” Venus does a zigzag from above to below the ecliptic in this part of the zodiac—crossing the ecliptic near the middle. And although Venus doesn’t cross right through the very heart of the sun this time (like the “transit of Venus” in 2012 and 2004), Venus is still much closer to the sun during this retrograde than most. However, this is still a rare kind of Venus retrograde, with a chance to zoom into something much more closely than usual. Also, because of the “Z” shape of this particular loop—most of the dramatic shifts in Venus’ motion occur during the retrograde period itself. This means that the pre and post retrograde periods may not be as volatile as they sometimes are in other loops.
Read me: How Jupiter’s Rare Retrograde Might Affect Abundance in 2020

The only aspect that Venus repeats this time through Gemini is the three squares to Neptune on May 3 in direct motion, May 20 during the retrograde, and finally direct motion on July 27. The square is an aspect of tension that highlights things that are at cross purposes to one another—in order to bring clarity and force a choice. Neptune being at a square to the nodal axis of Venus is, in and of itself, a very powerful collective influence that lasts for some time.
For instance, the “Summer of Love” of 1967 occurred when the planets Uranus and Pluto came together in a square to Venus’ nodes—and yet that energy remained in the collective through the next summer with Woodstock. With Neptune currently involved with Venus’ nodes, this suggests it could be easy to get caught up in the latest craze—especially those involving spirituality and love. One such example is the recent surge in popularity of the “twin flame” concept which has followed a rare pair of “transit of Venus” events in the sign of the twins, in 2004 and 2012. As Neptune in Pisces squared this formation, the popularity and drama around the twin flame concept spiked. While this notion is exceedingly romantic—with Venus square Neptune—we are even more likely than usual to find the cold hard reality that not too many humans are truly able to live up to the idealism of Neptune. And while it’s sometimes a good thing to allow yourself to get swept off your feet, a healthy dose of discernment will go a long way here. 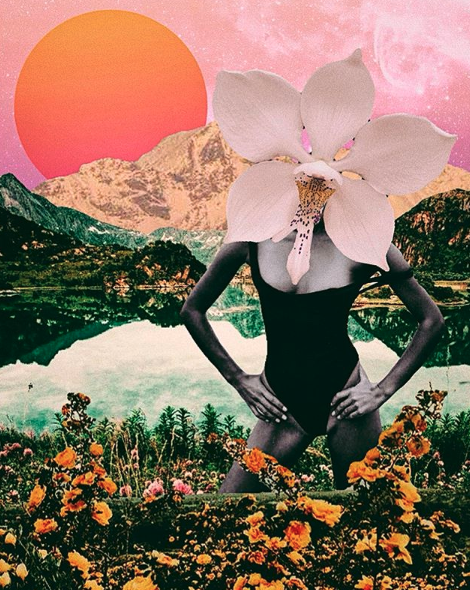 Most intense for mutable signs: Gemini, Virgo, Sagittarius, and Pisces
You tend to be more flexible than the other signs and more in touch with what’s actually going on and what adjustments are needed. But with Neptune involved in a mutable square, you may actually need to stand firm and respect boundaries or stick with the game plan when your instincts are telling you to bail. Learn to modulate between the ideal and the real. Don’t expect miracles, but don’t necessarily give up on them either.
Most challenging for fixed signs: Taurus, Leo, Scorpio, and Aquarius
You are the manifesters of the zodiac and you have great strength to see plans through to fruition. When plans go awry, you are the last to see it and often stick it out well past when others have abandoned ship. With Venus retrograde squaring Neptune three times in mutable signs, it may be that even you are ready to call it a day before you usually would. But your greatest weakness turns out to be a strength here. Sticking with it past what is ultimately reasonable gives others something to come back to—and they will love you for it.

Horoscopes for Venus retrograde in Gemini 2020

You may have to play Cassandra here, where you clearly see the problem coming and yet others won’t listen. The conflict or choice that this retrograde seems to highlight for you is between diving into the fray and getting messy along with everyone else—or taking some time out and letting the dust clear before you come back in to help pick up the pieces. Just remember, nobody likes to hear “I told you so.”

This retrograde has the potential to hit you where it hurts, dear Taurus—in your finances. If you’ve saved for a rainy day, there looks to be some in the forecast. If not, you’re going to have to call on some friends. Don’t be surprised if it’s harder to get help than it was for you to give it. Just keep asking and the right person will show up.

You are being purified and refined and this involves separating the subtle magical part of something from the gross impurities, and choosing to let them go. This is the first Venus retrograde in your sign since the fabled “Transit of Venus” events in 2012 and 2004. Looking back to these years may provide important clues about the processes going on now and the possibilities for important long term growth in achieving your career ideals.

This retrograde likely highlights your natural tendency to retreat into your shell during chaotic times. The conflict or choice that this retrograde seems to highlight for you is between hiding out or keeping going until you get beyond the storm. It may be that you really have no choice and the only choice available goes against your natural inclinations. It’s still the right choice.

It looks like the main challenge this retrograde presents could be of a financial nature—at least on the surface. But at a deeper level, it seems to be about loyalty to your friends. Sometimes that pays off, and other times it costs you. But you wouldn’t be who you are if you weren’t willing to pay, and you wouldn’t get the rewards later either.

As practical as you are, dear Virgo, sometimes you just have to go with the heart. The conflict or choice that this retrograde seems to highlight for you is between your career and reputation versus a partner or significant other. Don’t simply abandon either out of practicality, but instead, try to be really honest with yourself about how you feel first. Then see if that changes what seems truly practical.

The conflict or choice that this retrograde seems to highlight for you is between learning to make an art-form of performing day-to-day tasks and expanding your horizons. My guess is that the pull of greener pastures will feel stronger, but depending on our viewpoint—there’s a whole other world available to you in the microcosm as well.

Neptune is softening your defenses to allow more creative risk-taking into your life, but the potential for inter-personal drama that Venus retrograde brings threatens to derail that process. I suggest you look at any seeming failures as simply early experiments and trust that the creative process has surprises in store for you that will make it all worth it.

The conflict or choice that this retrograde seems to highlight for you is between living life horizontally or vertically. If you see someone or something as blocking your progress toward your far-off goals, perhaps it is also an invitation to cultivate more depth. The I Ching advises that a wise person looks for and removes the obstacles within, in order to move those without.

You are likely to experience some disruptions to your daily routines during this retrograde, dear Capricorn. As a creature of habit, this may be annoying and the temptation will be to find the easiest and quickest way around the problem—and thus back into your rut. Take your time and look at it as an invitation to explore your local community instead.

There may be some quite amazing romantic adventures awaiting you out there, dear Aquarius. But I’m not sure any of them will have staying power unless they are rooted in common values. If there isn’t agreement on these, then it’s important to understand that this is probably just a fun time and save yourself the heartache of expecting more. This way, you could be pleasantly surprised, instead of feeling let down.

Neptune in your sign probably feels like permission to be even more mysterious than ever, even unto yourself. The conflict or choice that this retrograde seems to highlight for you is between cultivating your personal mysteries versus rooting into familial bonds. You may have to strike a balance between what you reveal and what you conceal.