In astrology, Venus is a planet of feminine energy. As the ruler of Taurus and Libra, it is tasked with bringing about love and art in all its forms. However, above all things, Venus is the planet of pleasure—wherever she transits in our chart, love, attention, and money flow. Venus is an archetype underlying the things we are attracted to and the types of relationships we form through a sense of value and aesthetics.

Although Mars' retrogrades are the least frequent of all planetary retrogrades, Venus spends the least amount of time in retrograde motion. Venus stations retrograde every eighteen months, moving backward in the sky, retracing fifteen to eighteen degrees of the zodiac over a period of forty-two days.

When Venus is in retrograde, issues related to love and money may seem to stagnate, dry up, or run cold—it is not at all uncommon during Venus retrograde to face seemingly insurmountable challenges in relationships. As with Mercury and Mars retrograde, sometimes old lovers surface for healing and closure. On a positive note, the tension we experience during these weeks can help us gain perspective.

Those who are already in committed relationships may find themselves in a romantic stand-off as affections cool and problems arise, or as is so often the case—resurface. Uncomfortable as it may feel in the moment, Venus retrogrades can be the perfect opportunity to hash out deep-seated romantic misgivings, so we can get back to the business of loving with clarity and confidence.

For others, the Venus retrograde reviews may flag serious deal breakers which eventually signal the end of love. Though the separation itself may be painful, with the benefit of hindsight we may later acknowledge that a disparity of values was bubbling beneath the surface of our relationship, creating tension. Armed with a clearer sense of what we want, and, perhaps, what we cannot do without, the likelihood of attracting the right partnership post-retrograde is greater....

New relationships started under the auspices of Venus retrograde may feel as if they have been perfectly crafted to push all our most troublesome buttons. Subconscious shadow material and psychological projections may flood the romantic plane as we find ourselves irrevocably intertwined in intense, charged, or problematic romantic entanglements. Often, relationships started during Venus retrograde serve to teach us valuable lessons, some of which may cut ruthlessly close to the bone.

With planet Venus' connection to aesthetics, beauty, art, and luxuries, we may be set to review and weigh up the same. While Venus retrograde will ultimately award us a fruitful period for revisiting our creative tastes and proclivities, it also makes this an inopportune time for charging ahead with artistic projects. Luxurious purchases of any kind made as our values undergo meaningful shifts are likely to feel ill-advised post-Venus retrograde and fill us with buyer's remorse. Design projects, shopping sprees, and 'big ticket' purchases like watches and jewelry would be better left for later in the year.

For similar reasons, Venus retrograde is not the ideal time for drastic changes in one's appearance or beauty regimen, whether that entails a new hairdresser or an aesthetician.

Venus also relates to elements of sexuality as well as conception, so it may be well-advised to take heed before jumping headlong into hedonistic bliss or procreation; better success will likely be had with either pursuit once Venus stations direct and exits the retrograde shadow.

Venus Retrograde in the Natal Chart

It is relatively common to have transpersonal planets like Uranus, Neptune, and Pluto retrograde in the natal chart since they spend nearly half the year retrograde. Venus, on the other hand, only spends about seven percent of its time retrograde, making natal Venus retrograde far less common. Further, and importantly, because Venus is a personal planet tasked with integral parts of our personality and psyche, the effects of Venus retrograde in the natal chart are far more profound.

Venus describes by sign, house, and aspect both what we find attractive and how we go about attracting it. Unlike Mars, the active 'yang' principle which chases after whatever it finds appealing, Venus' talent is for radiating her essence until the right pursuer picks up the scent....

On a more mundane level, the natal Venus may describe our approach to aesthetics in general, including things like our style of dress, appearance, and tastes. Venus is just as potent for describing what we value and in what area of life we are likely to experience feelings of worthiness.

When applied to intimate relating, however, the meaning is twofold: Venus can describe both the qualities we find attractive in a partner as well as our attitude towards partnership. Venus' position also shows how we meet our partners, as well as what support and challenges we encounter as a part of this process.

Venus retrograde in the natal chart may make interpersonal relationships more difficult or strained. We may not connect to others easily or feel less secure when we do. With natal Venus retrograde, love itself can be something we feel more comfortable with at arm's reach; unfulfilled desires for love could likely end up channeled into art and creation. There may also be a halting interpersonal nature or start-stop/hot-cold rhythms in romantic relationships that unseat even the most ardent lovers.

Over time, those born with natal Venus retrograde can strike a balance between their personal need for safety and the universal necessity for connection. 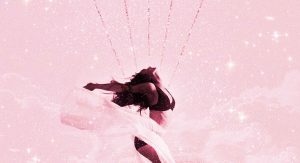