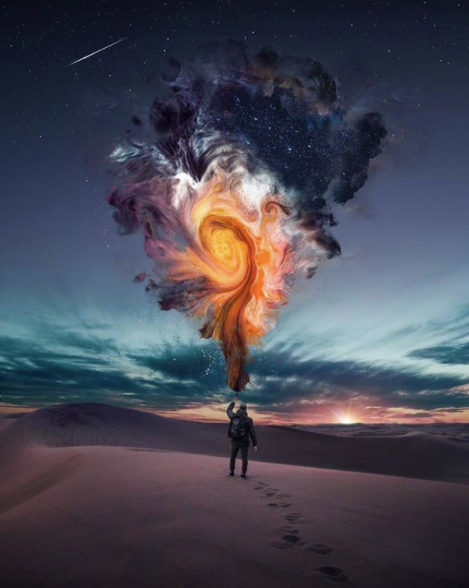 Jupiter goes retrograde every year for about four months which is about a third of the time. For this reason, Jupiter retrogrades are fairly common compared to Mercury, Venus, and Mars. Jupiter is classified as a “superior” planet, meaning that it is always farther from the sun than Earth. And though in the middle of the retrograde it is closer to Earth than at any other time—Jupiter never penetrates the heart-space of our system like Mercury, Venus, and Mars do. So Jupiter retrogrades are not as intense and we may even forget about them from time to time.

Because Jupiter’s distance to Earth is never closer than 1 astronomical unit (distance from Earth to the sun), we won’t experience it as much or as intensely—but the problem of being overly subjective or “too close” to issues and signification ruled over by the biggest planet is still there. Jupiter rules over expansive things such as philosophy, law, religion, publishing, long-distance travel, and foreign cultures.

Also, during retrograde motion, Jupiter strays the least far from the ecliptic plane (the path of the sun) than any other planet. This means that although we may feel out of touch or out of step with “normal” somehow—it will be around issues such as philosophy or religion where people are used to cultural variances. These factors combine to make Jupiter retrogrades more mellow than others. Jupiter has a lot to do with our higher thinking, and in Freudian terms, it would definitely be associated more with the moralistic side of the psyche known as the Superego (versus the hedonistic urges of the self—associated with Mars). Jupiter can definitely bring up issues of cultural and social expectations overriding individual needs and desires.

The astronomical rarity of Jupiter’s

Of all the looping wandering journeys Jupiter takes during its various retrogrades, its journey through Capricorn is relatively straight-forward and symmetric. In most other loops, Jupiter does not cross the ecliptic, but rather makes a wider foray away from the ecliptic. But since Capricorn is the location of Jupiter’s south node, Jupiter will cross the ecliptic plane in a downward fashion on February 25, just a few months before the retrograde station. This is a rare event for Jupiter and so late February may become an important indicator of what the upcoming retrograde will be about—and watching carefully for emergent themes around Jupiter issues could pay off.

Like a hiker descending a steep mountain via “switch-backs,” Jupiter does a zigzag from above to below the ecliptic in this part of the zodiac—and this time actually getting farther from the ecliptic during the entire retrograde. This is definitely a rarer kind of Jupiter retrograde, where we may have to leave some of our sense of “normal” expectations regarding Jupiterian expansive significations behind, not just temporarily but perhaps even for most of the next six years—until Jupiter reaches its north node again.

For instance, the last time Jupiter went retrograde in Capricorn was the summer of 2008, and we saw the subprime mortgage crisis reach critical levels. Then just after Jupiter went direct there was a bank run that helped bring on the Great Recession. It wasn’t until 2013 that the stock market passed the previous record set in 2007.

Jupiter repeats three sextiles to Neptune and three conjunctions with Pluto during its passage through Capricorn. It’s notable that in mythology these three were siblings, and Jupiter was not only the youngest but was also the only one spared being swallowed by their father, Saturn. Being swallowed by the father can be seen as a parallel to being overwhelmed by the socio-cultural programming which is passed down to us not just by our parents but by the culture at large. Jupiter was the victor in a culture war, whereby he overcame Saturn’s tyrannical attempts to hold onto power.
Read me: Saturn’s Rare 2020 Retrograde Calls for Intense Socio-Political Changes

Ostensibly, the three brothers drew lots to see who got what afterward—but it’s nonetheless interesting to see how their birth order is reflected in the results. The oldest, Pluto, got the worst of it, while the baby Jupiter got the best. Similarly, the oldest child often has more responsibility and takes on more conventional roles, whereas, the youngest children are often able to be more creative and rebellious. We can perhaps even see the psychological tension between these roles reflected in social systems like Marxism, where the economically advantaged bourgeoisie takes on a leadership role but manage to do so by exploiting the less advantaged proletariat working class.

Because of these repeated aspects to Neptune and Pluto by Jupiter, it may be that the archetypal tension between siblings, social classes, and other cultural aspects are highlighted—with the sextiles to Neptune taking on the peace-keeping nature of middle children and the conjunctions to Pluto stirring tensions between the haves and have nots, the conventional older children, and rebellious babies. 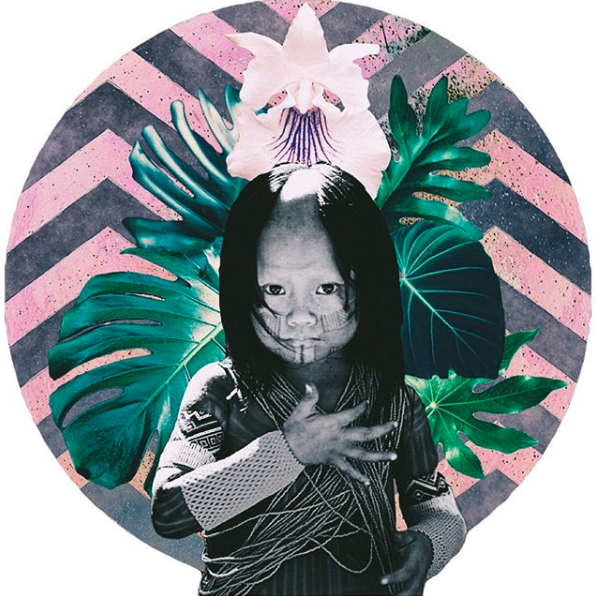 Most intense for all cardinal signs: Aries, Cancer, Libra, and Capricorn
Cardinal signs are about leadership and direction, so tensions arising from the conjunctions with Pluto are likely to be around these issues. It may be easy to pass off any disagreements as simply resulting from generational or political differences—but this would miss the larger picture. Since wealth inequality is most egregious at the highest levels, it’s more likely that you have a lot in common even with the social rungs above or below you, or even with those that have completely different generational or political values. Learning to work together despite these relatively smaller differences is probably the best answer.

Most challenging for Pisces and Capricorn
Capricorns are likely to experience socio-cultural, economic, or political differences personally at this time—whether this be others seeing you as different or you feeling differences with others more acutely. Pisces may be forced to play the role of mediator between these parties by reminding them that they have far more in common than it appears now.

You may have to navigate intense differences of opinion within your career or regarding your public reputation. Learning to pick your battles has never been more important. Universal spiritual perspectives go a long way toward diffusing the things that aren’t really worth it. Remember that what you focus on becomes the reality you create, so letting things go that are not worth it, in the long run, allows you to focus on truly important things.

It’s possible that despite your best efforts to stay out of it, you could find yourself embroiled in some socio-cultural or political disputes regarding foreign cultures, religion, or legal issues. Getting back to your core values, allowing them to guide you and communicating them to others is your best bet to navigating any stormy waters.

It looks like you may have a good opportunity to use your charms to diffuse disagreements at work or concerning public reputation. Tread carefully regarding what doesn’t exclusively belong to you, whether that be goods of others or those that fall in the public domain. Recognizing conflicts of interest and communicating good-naturedly about them upfront goes a long way to preventing misunderstandings on the back end.

This retrograde will highlight your close relationships, including best friends, romantic and business partnerships. You may want to be especially careful about making enemies—because these types of relationships are bound to be more intense than usual. Taking a philosophical attitude or keeping to the moral high-ground, without using it as a weapon, is your best bet to steer clear of the most intense disagreements.

You may experience some disruptions to your daily routines during this retrograde. Standing up for, or just being supportive of, others who are also affected is crucial. By coming together with others who are experiencing the same thing you can not only diffuse the situation more effectively but also deepen relationships that may help to make new resources available to you.

You may finally be willing to take a few risks for yourself only to find they stir up social conditions beyond what even your conservative nature had imagined. Rather than getting defensive, analytical, and focusing on details, I suggest you use the occasion to learn to better empathize with others. Really listen to their stories and let them know what you’ve been through. Before you know it, they may be encouraging you to go even farther.

It looks like there may be some tension on the home front, dear Libra. If you are expanding your home or re-modeling, you could come up against some larger issues that go beyond your own interests. Making sure you have all the appropriate paperwork filed and all your due diligence performed is the best way to avoid entanglements with outside interests.

There could very well be some large scale competing interests in your local neighborhood, but if you’re creative you’ll not only find a way to steer around them, but perhaps even turn them to your advantage. If you see the writing on the wall before others do, you can take risks they may not be ready to make—and cash in it.

Let’s face it, you tend to be very outspoken. Most of the time people love you for it, but sometimes it can have unintended consequences. This is one of those times. Clashes over values should be re-framed by understanding where people come from—their history. For that, you have to listen as well as communicate your own history with humility.

Despite many people’s worries, your long-term financial prospects are looking fine—but you may need to make some adjustments to your social awareness in order to keep them that way. Things are changing along with people’s values. It’s fine if you don’t share them, but don’t stubbornly stand in the way of progress or it could backfire on you.

What many people are seeing as a set of long-needed cultural changes may really be mostly about spirituality for you. You’ve never been one to close doors simply because you can. Communicating this as a spiritual value will keep you on the right side of things without feeling like you have to join causes or bang the drums.

Some of your friends and associates may be up in arms during this retrograde, and perhaps even at each other’s throats. It may fall to you to preserve the group by playing the mediator between those who are reaping different rewards from the same system. You may not be able to save the world, but you can save a few people from unnecessarily burning bridges.