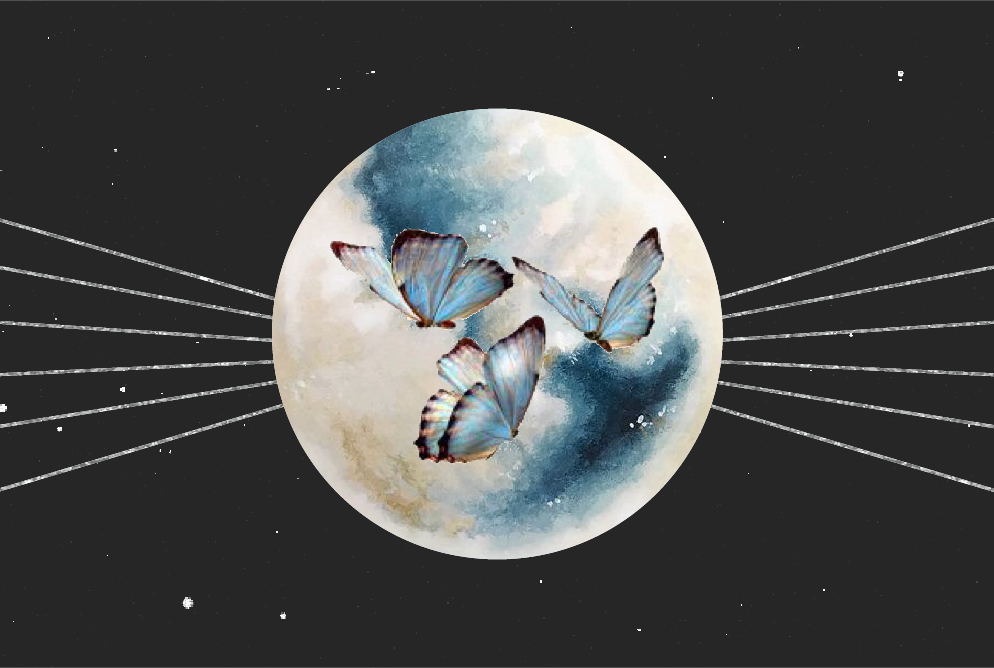 Early on, Mercury in Taurus will square Saturn in Aquarius and sextile Neptune in Pisces. Tense and unrelenting, the fixed square causes a stalemate between the bullheaded mind and the master malefic. Communicative tension may arise regarding long-term plans, leaving the comfort zone, and assuming responsibility. Compromise is possible, thanks to the Mercurial-Neptunian sextile. Neptune’s elusive energy can easily glide in, alleviating the square’s fixed tension by offering a more optimistic approach. Just be mindful of Neptune’s ability to distort information!

A few days later, Mercury will sextile Jupiter in Pisces, harmonizing the mind with the master benefic. Jupiter expands upon Mercury’s conversations and mental agility with unbeatable elation. Any mental stressors from a few days ago subside as the sextile infers idealistic, futuristic thinking. But be mindful that Jupiter’s expansive qualities do not blow things out of proportion.

Venus will also conjunct Neptune in Pisces during the sextile, implying that the minor benefic and creative mystic are in total alignment. Neptune radiates with Venus, creating a higher octave of effortless love and beauty. Hopeless romanticism glows compassionately. Fantasies of the perfect relationship and aesthetic are at the forefront of everyone’s daydreams. Although beautiful, this energy can be highly fantastical. So, be mindful of having an overly rosy view!

Later on, Mercury will trine Pluto in Capricorn, suggesting easygoing harmony between the bullheaded mind and the CEO of the underworld. Pluto can turn mental Mercury inside out, causing the collective to thoroughly examine each idea, belief, and conversation with a magnifying glass. Unexpected truths may come to light through Freudian slips while the mind gawks during intense revelations. Remember that knowledge is power, so try not to show all of your cards at once!

Finally, Venus conjuncts Jupiter in Pisces, aligning the two benefics! When these two meet up, it is impossible to feel anything but fanciful. Whimsical and amorous, the energy is perfect for showing your love. Express how much you care about others through art, poetry, music, and more. As your heart overflows with a fondness for others, you will feel abundant in love.

Plunge into the underworld when Pluto stations retrograde in Capricorn. From April 29 to October 8, Pluto will be rethinking, reviewing, and revising its Capricornian ideals. Pluto, the planet of immense death and rebirth, undergoes an intense transformation during this period. Capricornian themes of status, authority, accountability, karma, timing, legacy, and career are the focal points of this metamorphic retrograde. Slowly but surely, Pluto retrograde will redefine the power of Capricorn in each person’s life!

Slowly but surely, Mercury leaves Taurus for its domicile in Gemini. At home in the sign of the Twins, Mercury is at peace. Curious and dexterous, Mercury in Gemini offers a light-hearted wittiness during an astrologically intensive period. During this transit, be sure to ask questions, read about new subjects, and be surrounded by intellectuals. The inquisitive energy of Mercury in Gemini inspires the student in all of us so that we can absorb as much information as possible!

Eclipse season has commenced! A partial solar eclipse occurs when the new moon wiggles between the sun and the Earth, partially blocking the sun’s rays to cast a shadow on Earth instead.

New moons begin a new six-month cycle fueled. With a partial solar eclipse in Taurus at play, themes of money, security, comfort, value, beauty, and stability will be notably if unexpectedly impacted. Manifesting is forcefully chaotic, so it may be wise to reconsider setting new moon intentions at this time since they may take off in an unexpected direction. Go forward cautiously!

Your Weekly Horoscope for April 24

Time to hit the reset button when Pluto stations retrograde in Capricorn, indicating that you may want to rethink, review, and revise all aspects of your overarching legacy.

The first eclipse of the year is the partial solar eclipse occurring in your sign, ringing in unexpected yet fated changes in the way you identify and show your face to the world.

Once Pluto stations retrograde in Capricorn, you may feel like it is time to take a second look at your assets while reconsidering your most intimate bonds.

Your relationships are about to transform Pluto stations retrograde in Capricorn, implying that you should reconsider the dynamics of power between you and your partner(s).

Eclipse season has begun! The partial solar eclipse in Taurus is bringing major changes to your career path, reputation, and lasting legacy. Be open to redirection!

What brings you joy and sensual pleasure may change as Pluto stations retrograde in Capricorn, implying an immense transformation in your enjoyable outlets.

Intimate bonds and shared financial resources are about to take an unexpected hit as the partial solar eclipse in Taurus commences. Secure your assets to weather this storm!

The future of your commitments is questionable during the partial solar eclipse in Taurus as it may be difficult to gauge a determined trajectory. Expect the unexpected!

Time to reconsider your concept of value and budgeting when Pluto stations retrograde in Capricorn. Utilize this retrograde period to take back your financial power!

Who are you? Pluto will station retrograde in your sign, encouraging you to reflect on your personal growth and power as you assert your identity.

Home and family are about to undergo immense, unexpected changes, thanks to the partial solar eclipse in Taurus. Try your best to find your footing while embracing the new chapter!

Be mindful of your tone, turf, and timing during the partial solar eclipse in Taurus since your conversations could rack your interpersonal group dynamics.