Polarity in Astrology: Meaning and Opposite Signs 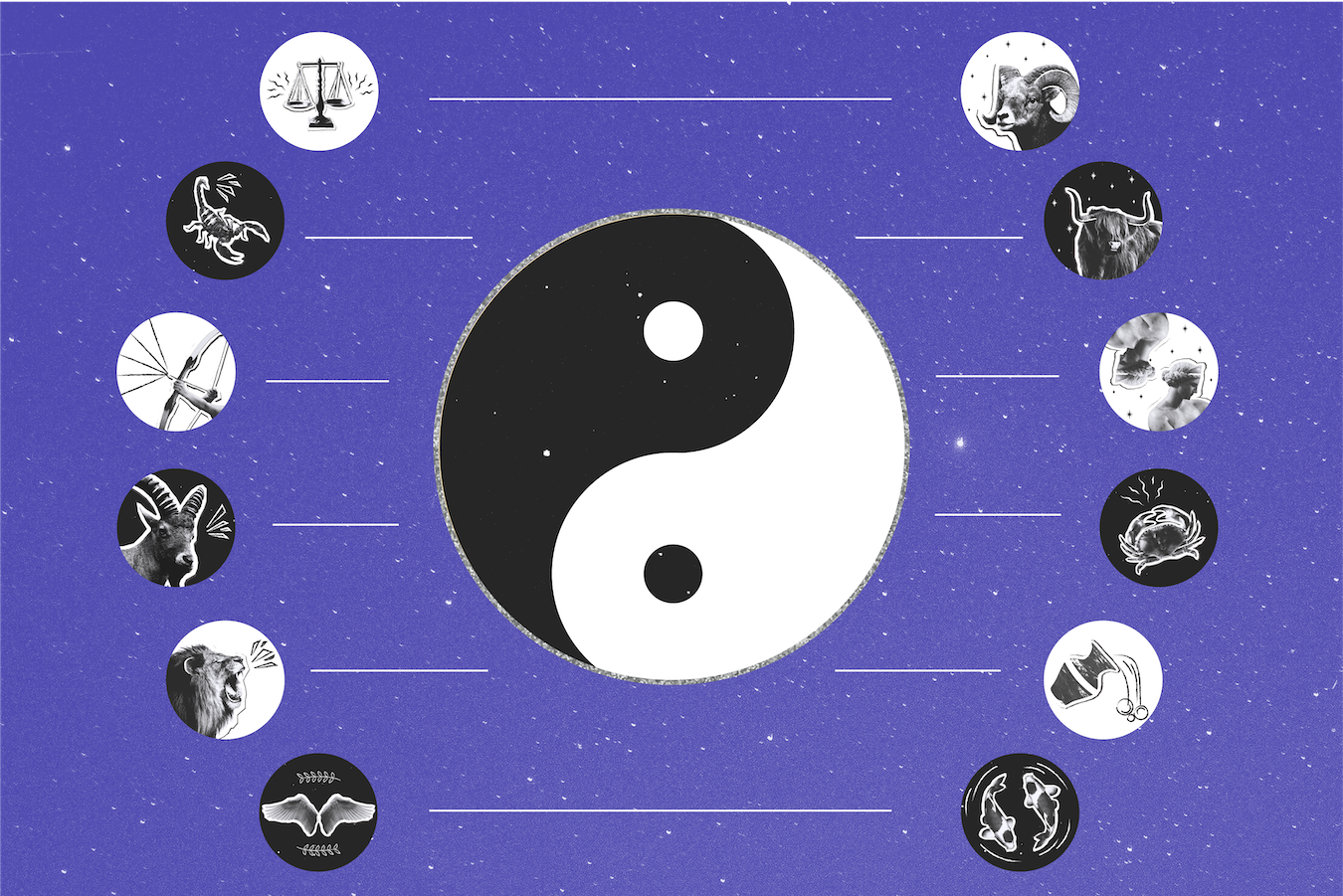 What does polarity mean in astrology? Here, we discuss the yin and yang dynamic between polarity signs—such as the Aries-Libra polarity.

What Does Polarity Mean in Astrology?

Astrologer Julia Mihas spells it out for us. “There are 12 signs in astrology, so that means there are 6 polarities,” she says. “A polarity is a special relationship between two signs, which happen to be opposed to each other on the zodiac wheel.”

At first glance, polarities seem to have nothing in common. Take the Aries-Libra polarity, for example. We tend to think about Aries as the sign that thinks of itself before it does others, while people-pleasing Libra is considered much the opposite. But, Mihas explains, when you take a deeper look at the polarities, you might find more in common than you’d expect.

“For Aries, it’s about the relationship you have with yourself. However, you can’t define who you are without looking at other people as a mirror,” she says. “And the same is true in reverse: Libra is actually a master at leadership and getting their own way, which people usually think is an Aries specialty. However, Libra takes the initiative in such a way that others don’t realize the initiative has been taken!”

The way to distinguish what each zodiac sign’s polarity might be is to first take a look at the elements. Every zodiac sign fits under one of the ruling elements: fire, air, water, and earth.

One thing to keep in mind is the masculine and feminine qualities of the elements.

As in life, opposites attract here as well. Even though these signs appear to have dissimilarities, it’s those disparities that really bring them together!

“I find polarities between signs to be powerful cosmic glue that keeps people fascinated with one another,” says Mihas. “In polarity between signs, one sign is looking to the other to help define and complete itself. What a great way to define a romantic relationship!”

When you find a partner who has opposite signs in their chart, the amount of talking points, intrigue, and curiosity factor goes up immensely! In fact, the more polarities you find in a love compatibility synastry chart, the more likely it is that you’ve found your twin flame.

What does modality mean in astrology?

Modalities refer to a zodiac sign’s general approach or methods that they apply to life. There are three modalities: cardinal, fixed, and mutable. The cardinal signs (Aries, Libra, Cancer, Capricorn) are the “doers” of the zodiac; they start projects, get things moving, and take a “can-do” approach to life.

The fixed signs (Leo, Aquarius, Scorpio, Taurus) are the “stabilizers” of the zodiac; they follow through, make sure things get done, and have a persistent approach to life.

And, finally, the mutable signs (Sagittarius, Gemini, Pisces, Virgo) are the “adapters” of the zodiac; they find common ground, blend together, and take an in-the-moment approach to life.

Is Gemini yin or yang?

Is Aquarius masculine or feminine?

Aquarius is an air sign—meaning it is a masculine energy.

All About the Elements and Their Meaning