Channel the Magic of 2020 with Winter’s Most Powerful Transits 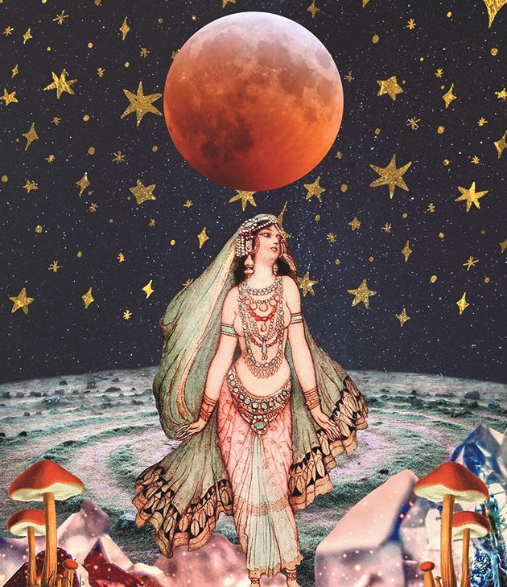 Astrology has a long history and tradition of use as an aid to the practice of both alchemy and magic. In conjunction, these practices are considered especially potent when planets are either in the power zones known as their dignities or when the planets are conjunct magical stars.

As we enter a new decade and a year full of rare astrological and astronomical alignments, we are also given the opportunity to access a unique kind of magic. The transits of Winter 2019 which best meet these two conditions are as follows:

As the ruler of this decan, Venus gives access to special magical powers here. And since this is where the Grand Conjunction of Jupiter and Saturn will be occurring in one year’s time, this is a chance for us to begin to plant the seeds of our hopes and wishes for that rare alignment.

Fridays belong to Venus, so December 20 is especially potent—being also close to the solstice. We may petition Venus for the charms and charisma of the outsider when she is in Aquarius. The Tarot card associated with this decan is the Five of Swords—and it will be incredibly potent to re-imagine this image in your own way over the next year. You might want to gaze at Venus after sunset and ask her to assist you in this process.

The sun in its own decan brings the real magical power here. The Tarot card associated with the sun in the third decan of Capricorn is the Four of Pentacles, and by combining the glyphs of Saturn and Pluto with images of this card we can create a long-lasting connection to its earthly power. Since Pluto is the God of the Underworld and its mineral wealth, images of trees reaching down into the depths and bearing pentacles as fruits in the upper world would also seem especially potent.

On the day of the conjunction, visualize this process of unearthing the riches of your own depths and holding the fruits as coins in our hands. Alternatively, like Jack and his beanstalk, imagine yourself sowing four magical pentacles into the soil and visualize them growing up to the heavens.

Venus is exalted in Pisces, and this gives access to the power of honors, respect, esteem, glory, and influence. Additionally, Venus is in her own bounds here—a smaller division of the sign which grants the autonomy to define the terms, limits, and rules of engagement.

Finally, Venus is conjunct the bright royal star Fomalhaut. All of this means that the things ruled over by Venus—such as love, artistic expression, and social graces—are especially potent and available at this time. You might want to gaze at Venus after sunset and ask her to assist you in these areas. 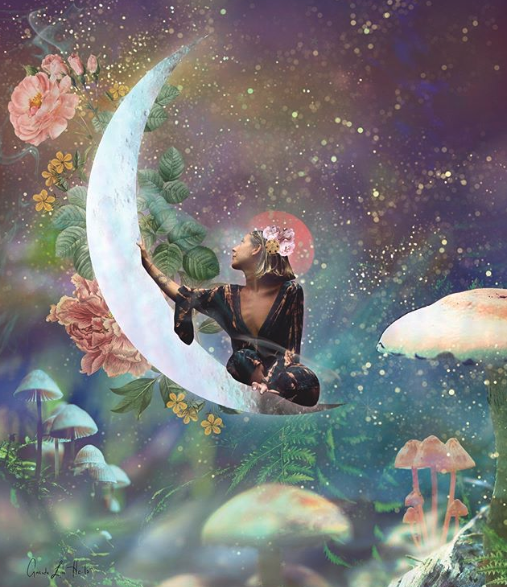 Fomalhaut is the bright royal star that swims in the waters flowing out of the pitcher of Aquarius. The gifts of Fomalhaut are charisma, eminence, and power (Kurt Cobain had the sun conjunct Fomalhaut and Elvis Presley had the moon).

However, with Mercury retrograde nearby, this would suggest being somewhat out of step with “normal” or what is considered mainstream. This maverick or outsider quality is heightened by the new moon being at the mid-point of the Mars-Uranus trine. All this seems to say that it’s possible to plant seeds of influence for ideas or art that challenges the status quo.

Read me: 2020 Vedic Horoscopes: It’s Time to Spread Your Wings

Mars is exalted in Capricorn and this gives access to the power of honors, respect, esteem, glory, and influence. Additionally, Mars is also the ruler of this decan and so its powers are further heightened here. The Tarot card associated with Mars in the second decan of Capricorn is the three of pentacles, known as the “Lord of Material Works” by the Golden Dawn. This would be a great time to plan for or initiate projects which require long-term focus, dedication, and hard work toward lofty goals. Tuesdays belong to Mars, and so this makes March 3 and 10 particularly potent in this regard.

Gary P. Caton is a transdisciplinary astrologer who maintains an active sacred relationship with the living Sky as his temple. Initiated an astrologer by a magnificent dream in 1993, Gary is the author of Hermetica Triptycha: The Mercury Elemental Year, and host of the popular Hermetic Astrology Podcast. Catch Gary online at www.DreamAstrologer.com.
Art by Amanda Lynn