Of all the planets that wander in the night sky, Mercury wanders most swiftly—fitting for the planet associated with our searching, changeable minds.

Mercury is a celestial anomaly and a singularly disruptive, tricky character, in both mythical and astrological interpretation. Infinitely clever and full of wiles, Mercury in the natal chart embodies the ways we think, speak, and write, as well as the ways we use our cunning to bend the truth and sidestep responsibility. Every time we pick up a pen, state our case, or travel hither thither, we are in the grips of Mercury.

Unlike other planets, Mercury is not considered feminine or masculine, benefic or malefic, diurnal or nocturnal. Instead, Mercury shapeshifts in relationship to the planets with whom he is in closest contact. Mercury is the ruler of both Gemini and Virgo and is said to be exalted, or strongest, in Virgo; Mercury is considered weakened in Sagittarius and Pisces. Traditionally, Mercury's house of joy is the first house, where he can dance above and below the horizon, like the liminal journeyman that he is (coincidentally, Mercury was said to have been born at dawn, which would place him in the first house)....

Planet Mercury is not often visible in the sky due to its ultra-tight orbit with the sun; since Mercury can never be more than twenty-eight degrees away from the sun, it is often eclipsed in the brightness of the sun's rays. For the same reason, the only aspect Mercury can make with the sun is a conjunction, which in turn means that sun-Mercury conjunctions in the natal chart are highly common.

In a sense, Mercury's closeness with the sun also speaks of our profound attachment to the mind: however far we may travel, we are never very far from our thoughts. Just as poignantly, with Mercury's visibility only possible when it is at its furthest from the sun, we learn that with distance comes perspective.

Planet Mercury's themes: the manner of our minds; the ways in which we learn; our brand of intelligence; our rational processes; the speed with which we integrate new information; the ways we write, communicate, or speak; a natural place of play or discovery; our powers of persuasiveness; our connection to curiosity; a place changeability; an area of cunning, transactions, trade, and negotiations; skills of the hands, travel, and journeys; divination, magic, and astrology.

Are you ready for a relationship? Get clarity with a psychic reading today!

What is Mercury Retrograde

All planets save for the sun and moon appear at various times to reverse direction in the sky; in astronomy, this is referred to as 'apparent retrograde motion', but in astrological parlance, this term is shortened simply to 'retrograde.'

Although the word 'retrograde' stems from the Latin meaning 'to go backward,' it's important to note that no planets move backward, they only appear to do so, owing to our Earth-bound perspective. When planets are retrograde, they appear to stand still, then visually retreat backward, tracing curly-cues in the sky; as they station direct, they appear to stand still once again, slowly regaining speed before they amble forward....

The hyperbolic messaging surrounding these cycles hardly ever matures past the near-ancient adage that warns us not to buy electronics or sign on the dotted line, lest be split asunder by the cruel hand of Mercury. The average astro-seeker caught unaware knows only what they should not do during Mercury retrograde, and very little of what can be done; by erring on the side of safety, we have seemingly boxed ourselves into an ever-tightening corner of thou shalt not—instructions which are helpful only if we conflate safety with paralysis.

While Mercury in retrograde may not be a stellar time for buying electronics (it's true—it's not!), the entirety of Mercury's cycles illustrates a timeless story of awakening and transformation if we choose to pay attention.

Like all other planets, Mercury has a cycle of separation and return between itself and the sun, known as its synodic cycle, from the Greek root synod for 'meeting.' Studied metaphorically, this creates a cyclical experience of Mercury akin to the moon and its cycles of birth, fullness, death, and rebirth and helps to expand our understanding of Mercury beyond simplistic binary periods of retrograde hell and salvation.

Every four months, and roughly three to four times every year, Mercury is in retrograde for approximately twenty-two days. As part of this cycle, Mercury makes four key movements....

Before a retrograde starts, Mercury appears in the western sky at dusk as an evening star, where it reaches its maximum distance from the sun. From there, Mercury appears to slip closer to the horizon every night until it disappears from sight entirely; to ancient sky-gazers, this meant Mercury had made his symbolic descent into the underworld.

During the entirety of Mercury retrograde, schedules are jumbled, and relations are fumbled; we say the wrong thing at the wrong moment and can find our most important plans foiled by misunderstandings. Mercury in his trickster form engages all his slickest tools to force us into attention, goading us to stop our endless forward march so he can helpfully highlight where re-writes are most needed.

At the halfway point of the Mercury retrograde transit, Mercury makes what is known as an 'inferior' conjunction with the sun, re-setting Mercury's synodic cycle. The inferior conjunction can also be considered a kind of new moon for Mercury: having been cleansed and filled by the rays of the sun, Mercury is ready for a fresh new cycle of learning which unfolds over the next 116 days.

Separating from the sun, Mercury continues its retrograde cycle until it stations direct and appears to slowly move forward once again; eventually, Mercury re-emerges in the sky at dawn as the triumphant morning star.

Having transversed the hallowed grounds of the underworld and lived to tell the tale, Mercury gains speed until he is moving even faster than the sun. Roughly 58 days after the 'inferior' conjunction, Mercury makes its 'superior' conjunction with the sun; akin to a full moon for Mercury, we enjoy a moment of knowing and realization related to the seeds planted at Mercury's inferior conjunction. These thoughts and plans can continue to be engaged until their natural conclusion near the start of the next Mercury retrograde, as we begin to prepare for another cycle of learning.

How does mercury retrograde affect us?

During Mercury retrograde, things typically do not go as planned: your airline ticket was never valid for travel, the oh-so-important meeting you cannot miss is rescheduled at last minute, your credit card disappears into the dark recesses of your local ATM. Communication, technology, and travel can be particularly chaotic, and it is not at all unusual for items to mysteriously go missing during Mercury retrograde.

At times, it may feel as if forward movement is impossible during Mercury's retrograde transit; this may be for the best, as arrangements made under the auspices of Mercury in retrograde have a rather infuriating way of unraveling post-retrograde. However well-laid these plans may feel at the time, they may later be waylaid by unexpected information that calls all your decisions into question....

These frustrations are particularly aggravating in action-oriented, linear-minded societies that hold getting things done as the holiest of holies. In the workplace, the types of digressions and re-works thrown up by Mercury retrograde are easily conflated with a failure to execute; within the realm of personal matters, we may feel supremely disillusioned by the lack of clarity in our lives.

Typically, Mercury retrograde is not the ideal time to launch new ventures or sign with new clients; later, you may come to realize that you did not have all the information needed to make the best decision possible. If you must interview for a job or rent an apartment, your best bet is to return to people, places, and companies you already know and trust.

For these reasons, the classic advice during Mercury retrograde is to re-do, re-think, and review instead of simply doing.

There is also the matter of the Mercury retrograde shadow. Mercury's retrograde transit lasts almost exactly twenty-two days, but there are 10-20 days either side of this period where Mercury is moving sluggishly and not at his best. This is known as Mercury's 'shadow' period. During this time, we may feel as if Mercury is already (or still) in retrograde and experience the same types of miscommunications and frustration. The safest bet is to wait until Mercury is both out of retrograde and its shadow before undertaking important decisions.

Although the most obvious effects of Mercury in retrograde happen externally, the most important work manifests when we undertake deep internal reviews.

Mercury's retrograde cycles, however disruptive they may be at times, offer us the ability to gain greater objectivity in a particular area of life. In normal waking consciousness, and in an increasingly over-scheduled, distracted world, we have left ourselves precious little time for reflection. For many, once we are on a given path, we can end up myopically married to it, losing all perspective; viewed in the right light, Mercury retrograde becomes an opportunity to re-approach important aspects of our lives with renewed vision....

During Mercury retrograde, we meet Hermes in his role as Hermes Psychopompos, the guide of souls. With such a companion as he, we can check out of normal thinking and worm our way into magical thinking. With our normally active mind tricked into a sedated state, we are more open to receiving otherworldly wisdom and guidance. Mercury lights the way as we go off spelunking into what lies beneath this world, making it an ideal time for meditation and vision quests.

Another overlooked aspect of Mercury retrograde is that things not going as planned does not necessarily mean the deviation from expectation will be negative. In an example, a woman found herself in a new job, having chosen this job specifically so she could train with an important mentor. One week into the new job—which she started during Mercury retrograde—the would-be mentor announced his retirement, and she found herself fast-tracked into a promotion. Instead of learning with her mentor, she was now learning on the job, but with a higher salary to boot.

The Dos and Dont's of Mercury Retrograde 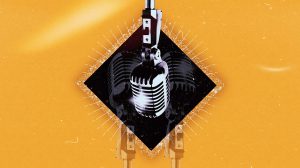 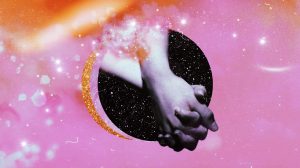 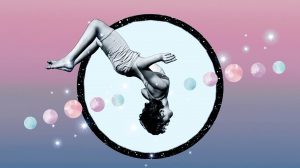