One of the most recently discovered heavenly bodies is a planetoid named Chiron. Although there are differences of opinion over the actual classification of this body (some claim it’s a comet or an asteroid), its power is widely acknowledged. It was first sighted in 1977 on its trek between Saturn and Uranus.

The planet was named after Chiron, the Centaur. In Greek mythology, Chiron’s mother was a water nymph who, while trying to run from Zeus’ amorous overtures, turned herself into a horse. She did not escape, however, and Zeus impregnated her. When she gave birth, she was shocked to see that her newborn was half horse, half boy. The mother was so terrified that she prayed to the gods to be changed into a tree. Her wish was granted. Thus, both of Chiron’s parents abandoned him. Instead of dwelling on that, though, he became a skilled teacher and healer. One day, while he was handing a poisoned arrow to a student, it dropped and pierced his leg. Since his father was a god, he was immortal, so he could not die. In terrible pain, he prayed to the gods to let him die. They, in gratitude for his teachings, let him out of his misery and placed him in the sky.

Chiron is the wounded healer. This planetoid is for everyone who, rather than giving in to despair amid their own suffering, reaches out so others will not have to experience the pain they’ve felt. Many people who have had a painful childhood grow up to be psychiatrists or therapists so that they can help other people get through the same things that hurt them. Parents who have lost children to drunk drivers go on to form support groups so that other parents know they are not alone. These people feel the influence of charitable Chiron. It can be healing for a person to help others cope with a pain that they themselves have lived through. 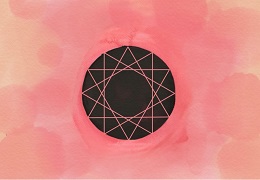