While our modern Gregorian calendar begins on January 1, ancient Rome celebrated the new year near the Spring Equinox in March. In this timeline, February was dedicated to new year preparation and rituals that included purification, prayer, and cleansing—especially those related to fire.

Eventually, the month became associated with the goddess Vesta, the goddess of hearth and home, and an ancient symbol of the sacred flame.

As one of the three virgin goddesses, Vesta reminds us of our holiness, wholeness, and the power inherent in our own life force energies separate from others—particularly romantic partners.  In Greek translations, the word virgin meant “one unto herself,” as it referred to an unmarried maiden rather than the purely sexual connotation of our language today. However, this also explains Vesta’s claim to fame as a goddess who refused to marry powerful gods Apollo or Poseidon—though may have taken them as lovers, we can’t be sure.

Vesta became even more of a “household” name in ancient Roman times with the cult of the Vestal Virgins. These women kept the sacred fires burning that protected the city from strife and honored Vesta through their chastity. However, if any of them were caught having sex during their 30-year term, they were buried alive outside the gates of Rome, as the blood of Vestal Virgins was considered sacred and couldn’t be spilled. After their service to Rome, Vestal Virgins received a rare social status including the choice to marry—or not, though according to Britannica, many chose not to wed.

Astrologically, Vesta was discovered in 1807, and is officially classified as a dwarf planet even though it orbits in the asteroid belt between Mars and Jupiter. In our birth charts, Vesta represents what is most sacred to us. In Asteroid Goddesses, Demetra George describes the four major asteroids (Ceres, Juno, Vesta, and Pallas Athena) as expressing different expressions of sexual energy: Vesta represents the sacred dimension of our sexuality and how our inner flame of desire translates into spiritual yearning.

Vesta reminds us of our devotion to a spiritual path and where the profane meets the sacred in our lives. Through connecting with Vesta, we discover our dedication to personal ceremonies or rituals and the magic inherent in the human experience. It also expresses itself through the ways we channel sexual energy and potential.

A blocked Vesta energy may reveal itself in unrealized sexual potential or denial of sexuality and passion—perhaps expressed in very traditional religious views. An unintegrated Vesta may also show up as the Freudian virgin-whore complex and the compartmentalizing of sexuality and spirituality as if they are incompatible. Utilizing sacred sexuality practices—alone or with others—grounds the two together instead of keeping them separate. 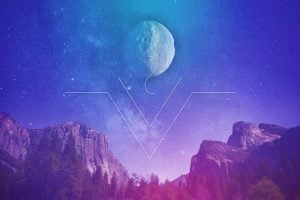 Understanding the placement of asteroid Vesta in our natal chart presences us to the power of our own sacred flame and reveals what we tend to ritualize and hold as holy. Below are different ideas on how life force energy may become channeled or utilized:

Vesta in Aries or in aspect to Mars: Energy and motivation may move through ambition. Notice how self-fulfillment can become fueled by alienation and instead move it towards purpose or movement.

Vesta in Taurus or in aspect to Venus: Let pleasure and comfort be your guiding light. Explore sensuality through practices such as Tantra that unites the sacred aspects of Vesta with the down-to-earth qualities of connecting.

Vesta in Gemini or in aspect to Mercury: Intellectual pursuits can be a devotion of sorts and treating knowledge as sacred. Continuous learning or writing may be the key to uncovering your spiritual path.

Vesta in Cancer or in aspect to the moon: Feeling and honoring your feeling is a divine act—perhaps even creating daily or monthly rituals to bridge your inner and outer worlds of emotion.

Vesta in Leo or in aspect to the sun: Sacred space for creating and even revering yourself in some way can allow energy to move through in more a self-expressed rather than dominating motion.

Vesta in Virgo or in aspect to Mercury: True to the idea of virginity, this placement craves service to others and a higher source. Volunteering or daily acts of kindness support the higher calling of Virgo.

Vesta in Libra or in aspect to Venus: Fairness and justice are a noble pursuit for the balance Libra energy craves. When channeled through Vesta, it operates in the realm of beauty, design, and aesthetics.

Vesta in Scorpio or in aspect to Pluto: The fiery nature of Vesta and the water sign placement soften the focus and call for sexual healing and depth.  Diving deeply into taboo themes or shadow work may unveil the numinous.

Vesta in Sagittarius or in aspect to Jupiter: Morality and religion may be a way this placement channel sexual energy or life force. Traveling and humanitarian work can offer new outlets for exploration.

Vesta in Aquarius or in aspect to Uranus: Vesta craves ideas and shifting perspectives in this placement. Change and creativity ignite the fires of desire and dedicating one’s flame towards a social cause can be a beautiful way to honor the divine spark.

Vesta in Pisces or in aspect to Neptune: Pisces and Neptune embody the spiritual urge and path. However, understand your energetic boundaries with sexuality and steer clear of spaces or situations where they may not be honored.

Vesta helps us find our sacred and profane