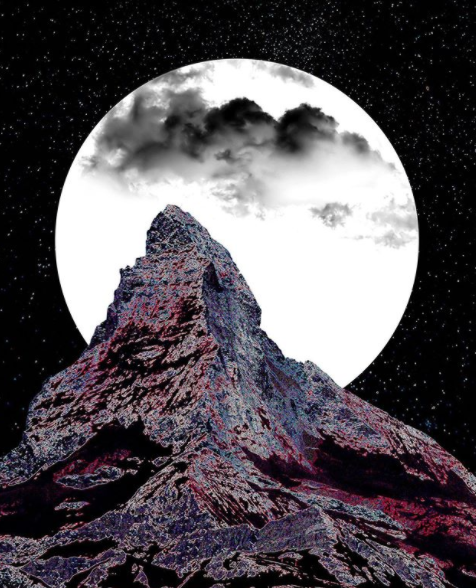 As the fixed air sign, Aquarius tends to approach life more from the head than from the heart. And sometimes, this ability to detach from our own personal feelings is a real gift. When we zoom out to see the big-picture perspective, we often make better decisions—for ourselves and the greater good.

But the trouble with an Aquarius full moon is that human behavior and emotions are never purely logical. Even if, intellectually, we understand that the world doesn’t revolve around us, some part of us still needs to feel like it does (at least some of the time!). And the Leo sun makes this “illogical” yearning impossible to ignore.

The Aquarius/Leo polarity is all about integrating our individual identity within the larger collective. Each of us is indeed a unique person with a special destiny, worthy of being honored and celebrated. But it’s also true that none of us is inherently any more “special” than anyone else. And none of us can truly shine unless all of us are equally free and encouraged to do so.

What Does the August Full Moon in Aquarius Mean?

That might sound radical. But at this full moon ruled by Uranus in Taurus, it’s an idea whose time has come. With Uranus squared by both the sun and moon, though, it’s likely to encounter some strong resistance. The fixed patterns that we’re dealing with are so deeply and firmly entrenched that it’ll take a major effort—and maybe even a miracle—to finally break the cycle.

Still, it’s clear that something’s got to give. And aligning ourselves with the forces of change, instead of resisting them, empowers us to direct Uranus’ sometimes-chaotic energy in more purposeful, positive ways.
An opposition between Mercury in Cancer and retrograde Saturn in Capricorn tasks us with recognizing for ourselves whether personal or political concerns are our most pressing focus at this time. With Mercury also conjunct Vesta, it’s about devoting our care and attention to the people and situations that need and deserve them most.

Still, we should be careful not to burn ourselves out by trying to rush the process. Mars in Aries is lighting a fire under us. But his square with retrograde Jupiter in Capricorn (the day after this full moon) reminds us that good things come to those who wait—and more importantly, work—for them over time.

Realizations may be coming out of nowhere, but the changes they inspire us to make won’t be achieved overnight. Remember, with the moon, sun, and Uranus all in fixed signs, we’re dealing with personal and collective patterns established over lifetimes. That doesn’t mean we should give up, though. As long as we believe in the long-term value of what we’re doing, we can trust that our sustained efforts will eventually pay off.

Read on for your sun and rising signs to learn more about the energies of this full moon. 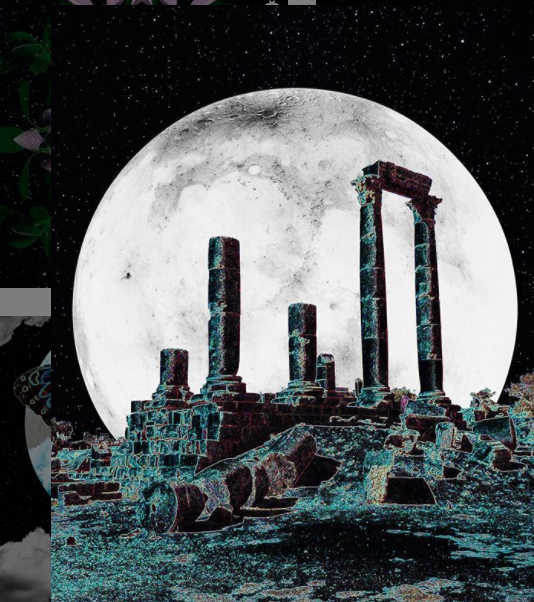 Horoscopes for the August Full Moon in Aquarius

You like to keep people guessing, Aquarius. But at this full moon, you might even be surprising yourself. Your emotional reactions (or non-reactions) probably aren’t what you would have expected them to be. The question is whether to give voice to these feelings, or keep them to yourself.

In this world, but not of it—Pisces, that’s how you often feel. And at this full moon, you’re feeling it so much that you may want to hide from the world. There’s no need to be “on” all the time, so set whatever boundaries feel appropriate to you.

It doesn’t matter what crowd you’re hanging with, Aries. Wherever individuality is encouraged, you’ll fit right in! Still, at this full moon, even your most free-spirited friendships can feel like they’re cramping your style. You shouldn’t have to play it small, but make sure you’re leaving enough room for others.

Work toward something long enough, Taurus, and you can forget why you originally started pursuing it. This full moon helps you regain perspective, but won’t necessarily rekindle your motivation. “Faking it ‘til you make it” is no longer an option, so find an effort you can put your heart and soul into.

Oh, the places you’ve been, Gemini! This full moon finds you feeling grateful (and perhaps a bit nostalgic) for all your eclectic experiences. But you may also feel a little stuck. For now, you’ll have to make the best of it by shining as brightly as you can, wherever you happen to be.

The winds of change are blowing for all of us, Cancer. But while some seem to bend easily with the current, you may be finding it harder to withstand. At this full moon, don’t be afraid to reach out for—or fall back on—other people’s support.

You’re no stranger to the spotlight, Leo. But at this full moon, you may find yourself the object of some unexpected attention. How others are seeing you now clashes with how you’re most comfortable seeing yourself. Could this be a chance to discover your hidden side?

Teamwork makes the dream work, Virgo! And at this full moon, a collective “dream” that you’ve been working on is close to becoming reality. Still, it may be too soon for a victory lap, as last-minute changes could disrupt your workflow. Don’t worry, though—it’s all part of the process.

The personal is political, Libra. Still, it often seems easier to leave hot-button social issues out of your social interactions. At this full moon, though, avoiding controversy may not be an option. Will you shut the conversation down, or create a safe, supportive space where dialog can happen?

Worlds are colliding, Scorpio! You might prefer to compartmentalize your public and private lives, but this full moon brings them too close for comfort. Relationships are putting you face-to-face with your own contradictions. Facing them head-on, instead of avoiding them, can only make you stronger and wiser.

You’re all about giving credit where credit is due. Still, Sag, this is much easier when the person with the biggest, brightest idea just happens to be yourself. At this full moon, though, you never know where, when, or for whom the next flash of genius is going to strike.

Hard work pays off, Capricorn—and you deserve to enjoy the rewards of your efforts. But as rightfully proud as you are of your accomplishments, at this full moon you’re less attached to the material markers of success. In fact, you may increasingly feel like they’re weighing you down.