What Is Egyptian Astrology? 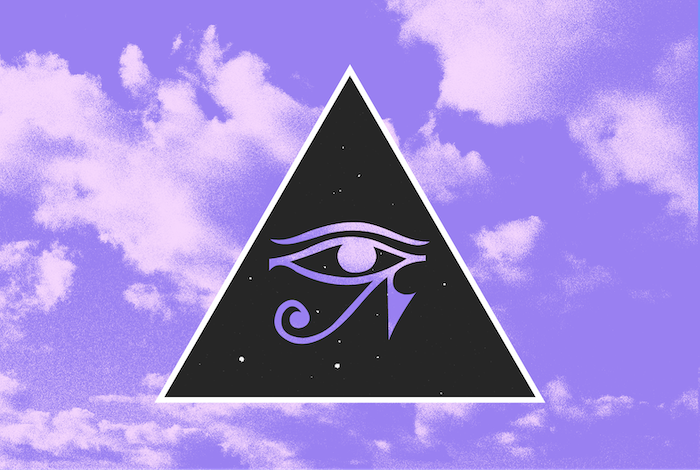 Similar to Western astrology, Egyptian astrology uses 12 zodiac signs—each named after a god
or goddess (except Nile, which is named after the river).

While most of us are familiar with Western Astrology, where there are 12 zodiac signs named
after Greek constellations, astrology has been used by different ancient cultures all over the
world, including India, China, and Egypt. In Ancient Egypt, temple priests would record the
movements of the planets and stars to understand their effects on Each. From predicting floods,
famines, and other climate activities, ancient Egyptians would perform rituals based on the
planet’s movements. After the occupation of Alexander the Great in 332 BCE, Egypt was under
Greek which influenced their astrological system. The Egyptians developed their own system
with 12 zodiac signs, each with unique characteristics.

Egyptian astrology shares a lot of similarities to Western astrology as it’s made up of 12 different
astrology, broken up within 365 days. However, how these period are broken up are a little
different. In Ancient Egypt, each month was split into three ten-day periods called decans,
creating 36 decans a year with five days extra for festivals and rituals. Each sign in Egyptian
astrology over 3 decans, or 30 days—but not in order like Western astrology. For example, if
your bestie was born on February 15 (Aquarius) and you were born on August 23 (Virgo), you
have different Western astrological signs but the same Egyptian astrology sign: Geb. Unlike
Western astrology, which named zodiac signs after Greek constellations, the 12 signs are named after
Egyptian Gods and Goddesses, except for one.

While the rest of the Egyptian astrological signs are named after Gods and Goddesses, Niles is
different as it is named after the Nile river in Egypt. The Nile is a source of life for the people of
Egypt, giving them water to get them alive. Similar to the river, those born under Niles are
practical, calming, and wise. They are insightful observers who can do the work that needs to be
done by watching and helping others. Associated with water, Nile’s signs are deep feelings that
can stir up a lot of passion that could lead to impulsiveness and domineering. However, at their
core, they have a tenderness within them that make them excellent meditators and teacher. Niles
is also called Satis, the patroness of hunters, also a prover of live-giving energy.

Amun-Ra is the god of creation and is considered King of the Gods. Because of its high status,
people born under Anun-Ra are known to be powerful leaders with an aura of royalty around
them. Optimistic, confident, and strong-willed, they are a powerful force to be reckoned with.
These are not the kind of people who have a shallow or average life. They are here to leave their
mark by helping as many people as they can. However, with their talents and abilities, they can be very secretive about their true feelings and like to keep their distance. It can be hard to truly get
to know Amun-Ra signs as it’s lonely at the top.

Mut is the Divine Mother of the world. The goddess is responsible for protecting humans, and
that productive nature is passed on to all who are born under her sign. Mut signs are very
protective and are mostly the “mom” of any friend group. Affectionate, loyal, and generous, Mut
signs are the people to come to when you need advice or a shoulder to cry on with their deep
wisdom and logical mind. However, despite being the protector of mankind, there is a
vulnerability in Mut sign where they are the ones needing protection. Sensitive and painfully shy,
it takes them a while to come out of their shell. But when they trust you, they can be your best
friend in the world.

Geb is the God of the earth. According to legends, his laughter could start earthquakes. People
born under Geb are natural empaths; they easily read the moods of others and really feel what
they’re feeling—for better or worse. Reliable, persistent, and intelligent, Geb signs make
excellent writers, counselors, and contributors to society. However, they are an anxious sign as
they want to make everyone happy. They need to set strong boundaries to keep them calm.

Osiris is the god of the underworld and of rebirth. Because the god deals with both death and
rebirth, the people born under Osiris are also complex. Both strong and vulnerable. Determined
and generous. Individualistic, but make good leaders with their outspoken opinions and
passionate nature. However, while these people are full of energy, they can also have a hot
temper and can be restless if they do not have a goal to achieve.

Isis is the goddess of nature and is considered the mother goddess because she protects people in
childbirth. People born under this sign have a very nurturing nature as they love to take care of
people and are excellent hosts. Straightforward, energetic, with a great sense of humor, Isis sign
people can see the best in people while still telling them how it is. They need to go where they
can protect people and make them feel comfortable and loved. However, they can be pretty
demanding, and their generosity and sense of duty can often be misunderstood as playing the
martyr.

Thoth is the Egyptian god of knowledge, learning, writing, and science. People born under Thoth
have a deep thirst for knowledge—whether they’re coming up with ways to improve their lives
or coming up with fresh ideas, they never stop trying to make things better with the knowledge
they’ve gained. Courageous, creative, and gifted with keen communication skills, they have

wisdom beyond their years. However, they can often be very opinionated and have trouble
listening to new ideas they don’t understand. Deeply loyal, they can be deeply wounded by
betrayal and lying.

Horus is the god of the sky and is known as the protector of the pharaoh. People born under
Horus often have a strong sense of duty to both their families and community where the sky is
the limit of how far they will go for them. Brave, hardworking, and optimistic—their iron clan
can help them see through any issue. However, it’s that same will that makes them stubborn
to a fault. They sometimes use their strong personality to bully people into doing things their
way. Their love of security and peace can make them overprotective of their loved ones.

Anubis is the god of mummification and the guardian of the underworld. People born under
Anubis keep themselves under wraps with their introverted personality. It’s not that they’re
antisocial—they just prefer deep relationships to shallow ones. Creative, honest, and curious, they
have a great deal of confidence in their talents and have a strong inner passion that keeps them
going. Anubis signs are comfortable with the darker side of life and often lean toward the
macabre and the spooky. However, despite their introverted nature, they wear their heart on their
sleeve for the people they care about.

Seth is the god of chaos and—which is interesting because those born under Seth are
considered to be perfectionists. Sure, they love change and adventure, but they want to do all of
these well. Especially as change can sometimes backfire on them. Bold, fiery, and charismatic,
Seth-signs seek out challenges where they can be victorious. They have a strong need for
freedom but need to balance chaos and perfection, or they could burn their lives down.

Bastet is the cat goddess of pleasure, and people born under Bastet just want to have a good time.
Devoted, charming, and gentle, they are peace-loving people who cannot stand any kind of
conflict that could kill the vibes. Luckily, their strong intuition usually keeps them out of the
drama as they can sense negative vibes. Like cats, they have a mysterious aura around them,
making it hard to know what they’re thinking about. However, they can be surprisingly clingy
and can become possessive of the people they love. Balance is needed to keep the fun going.

Sekhmet is an interesting goddess who rules over both war and healing. The judge but also the
war maker. Like their ruler, the people born under Sekhmet also have a dual personality: one side
of them is easy-going, upbeat, and fun. While the other side is disciplined, controlling, and strict.

They have a strong moral code, but that can get lost in their conflicting nature. Sekhmet signs
need to learn to balance their extreme polarities so they can get back down to earth.

Your Egyptian sign is based on the day you were born and is a little different than regular sun
signs. Look up the complete Egyptian zodiac and use your birthday to find your sign.

Does Egyptian astrology use Western or Vedic?

Egyptian astrology is its own form of astrology, but it is similar to Western because it is broken
up into 12 zodiac signs going in a 365-day calendar.