Astrology and Religion: Do They Mix? 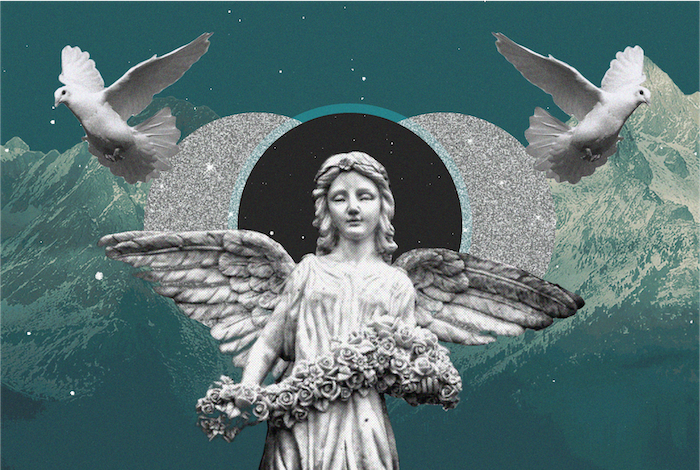 Many wonder about astrology’s history. Because astrology is a form of divination, it is largely unaccepted by God and practiced religions. Thus follows astrology’s inevitable reputation as “Devil worship” or “fortune telling” by way of the birth chart. Though, it might bewilder you to know that astrology has been practiced by most ancient civilizations for longer than more organized religions today.

So, it’s important not to think of astrology as the opposite of religion; it is simply a form of spirituality that focuses on the cycle of the cosmos. In fact, many occultish symbols can be found in religious texts and practices. To dive deeper, we talked to Charlotte King, consultant astrologer at The Horoscope Vault.

For starters, astrology is not absent in Christian text. “Astrology has been mentioned in the Bible a number of times,” says King.

She quotes several biblical references of the practice of astrology—which is studying the activity in the sky to understand what is happening on earth or about to happen. King brings up a particular Bible verse, where astrologers are mentioned, in the Old Testament, Isaiah 47:13. It says, “All the counsel you have received has only worn you out! Let your astrologers come forward, those stargazers who make predictions month by month, and let them save you from what is coming upon you.”

While this can be seen as condemning astrology as Isaiah 47 is about the fall of Babylon (which is where it’s said that astrology was first started), suggesting that nothing will be able to save them from the destruction of is coming.

While astrology is not mentioned in the Torah, King notes that there are mentions of astrology in the Talmud, which is the recording of the teaching of the Torah from the 2nd to the 5th century. King brings up a verse in Shabbat 156 that says “constellation of the hour [of one’s birth] determines [one’s] nature.” This is a direct reference to the rising sign in a birth chart.

Astrology practices and language are still used in Buddhism today, says King, particularly on the topic of life stand and karmic uses in Tibetan practices. “They focus on how a person’s life may unfold over the span of the years, reflecting experiences of karmic patterns, some possibly built up from previous lives,” says King, which gives us real 12th house vibes.

Astrology is not the opposite of religion, nor is religion the total opposite of astrology. Both systems are complex and contain multitudes. While studying the skies and talking about the planet’s effect on the earth may have had you burnt at the stake centuries ago, you can now do your birth chart without offending any of your strict relatives. At the end of the day, both practices are trying to connect you to your higher power—whatever that may be. You can easily blend together prayers and astrology rituals. Your spiritual practice is your own to do whatever you wish with it.

“Adding astrology to a religious practice can be as simple as learning and following your sun and moon signs,” says King. “These are the two brightest lights in any religious belief as they represent our day and fuel our existence with their partnership.”

Is astrology a sin?

No, despite some religious leaders saying that divination is witchcraft or the “Devil’s work,” you are not going to Hell for knowing your rising sign or reading your horoscope. Sins are usually acts of unspeakable evil that hurt other people. Checking your horoscope or learning about your birth chart does not count.

Christians celebrate the birth of Jesus on December 25, which would make him a Capricorn. However, it’s hard to know when exactly Jesus was born because of the different interpretations of the Bible and how the calendar was set up back then. So no one will be 100% sure what His zodiac sign is (and don’t even ask for a birth time).

Is astrology a religion?

No. Despite its association with witchcraft, paganism, and spirituality, astrology is not a religion.

In fact, it used to be considered a science centuries ago when people would study the moments of the planets to try to understand life on earth. They followed the planets to try to predict floods, famines, and other disasters. People would watch the moon cycles to track their menstruation and follow the sun to keep track of the days and the seasons.

Astrology exists whether we choose to acknowledge it or not. While astrology may be an easy convenience when all things go wrong and you need something to blame (hey, Mercury retrograde), regardless of whether you believe in astrology, it still exists.

The Fool’s Journey in Tarot