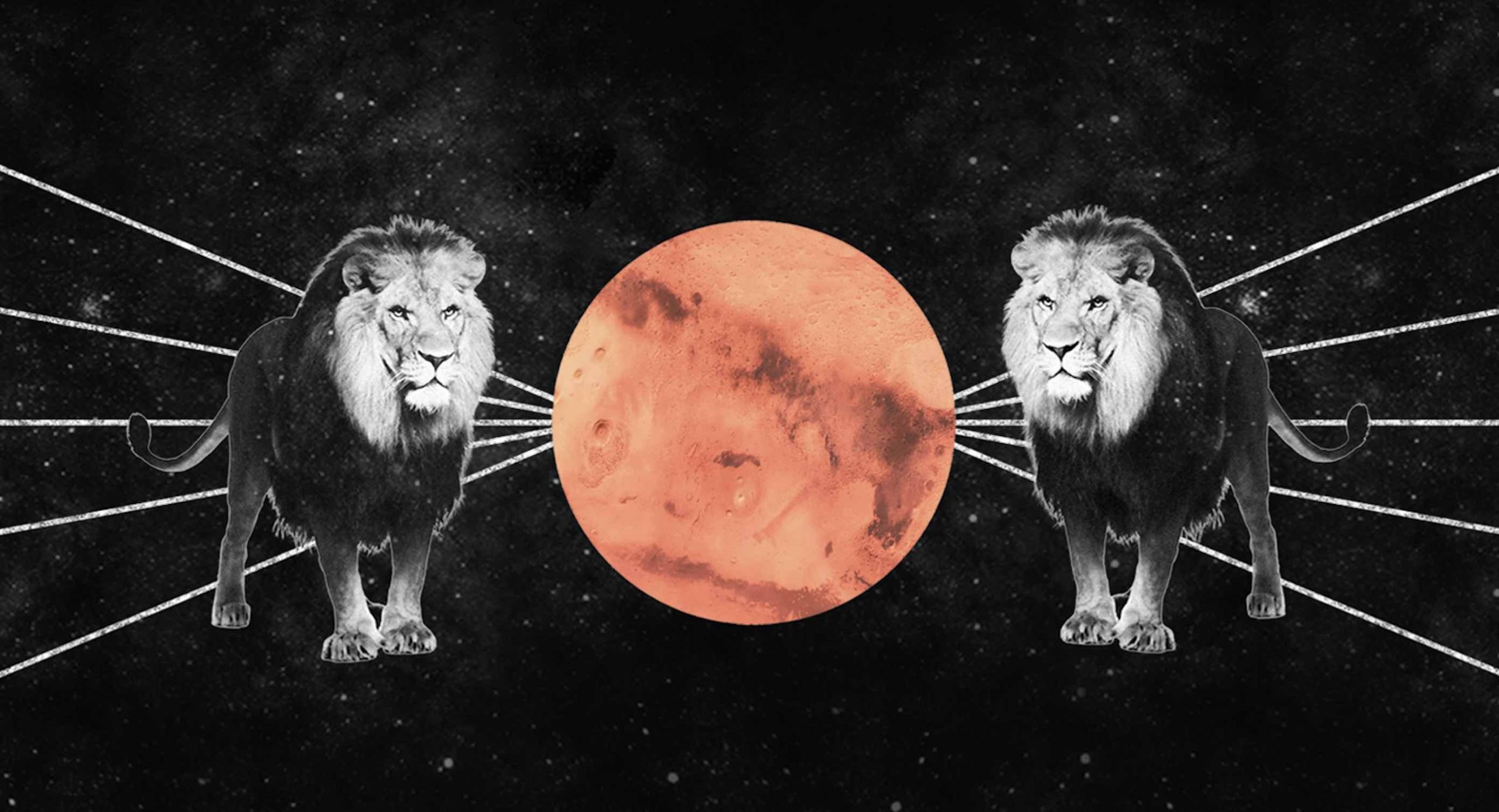 In astrology, the moon is one of the planets that leads us to the heart of someone’s soul. The moon represents our internal world, our emotional responses, how we nurture, our intuition and what we need to feel safe and secure in the world.

Unpacking the house your moon lands in and coupling that with the zodiac sign it was in at the moment of your birth can reveal many facets about your life circumstance and your way of moving through the world.

What does it mean to have a Leo moon hidden away in the 12th house of the unconscious? Let’s take a deeper look at what this means for your birth chart.

The 12th house is a complex house with wide-ranging meanings–from your unconscious and self-defeating behaviors to your spiritual practices, this place in the birth chart can feel hard to grasp and define.

In traditional astrology, the 12th house was referred to as the house of “Bad Spirit” and it’s where the planet Saturn, a notoriously challenging planet, rejoices. It’s a place of isolation and often associated with hospitals, mental health, and imprisonment—whether that be physical or psychological.

But it is a place of transcendence and a place that is in between worlds as it sits on the edge of the Ascendant or first house, which represents the moment you were born. It has an otherworldly quality and an emphasis on one’s connection to other realms, spirituality and intuition.

The moon in the 12th house can manifest in many ways–it can mean you hide your emotions and in doing so, you are engaging in self-undoing. It can speak to someone’s need for privacy and solitude in order to recharge. It can also represent maternal relationships in one’s life.

In astrology, the moon is one symbol for maternal figures. The moon signifies our personal needs for safety and security, which is one reason it’s been linked with maternal figures in our lives.

Depending on the house, aspects and zodiac sign, it can speak to your relationship with primary caregivers in your life. The moon’s placement in the 12th house can point to a primary caregiver who was not present, who struggled with their own nurturing issues growing up, or who was perhaps born in a foreign land.

Leo moons in the 12th house have a different flavor of Leo energy.

“Leo has a reputation for being a show-off; however, a Leo Moon in the 12th house may be especially thoughtful about not bragging, and may not be the type to wear flashy jewelry or show off their wealth,” Annabel Gat, author of The Astrology of Love & Sex and The Moon Sign Guide, and senior astrologer at VICE, says. “They might sooner donate a reward they receive than brag about it.”

Ruled by the heart, Leo’s innate sensitives can be amplified when the moon is placed in the 12th house. “12th house moons may crave privacy and transcendence, and may have an occasionally escapist quality to them— perhaps because they are protecting themselves from the brutality of the world, or because they are seeking a space separate from their everyday life to rejuvenate themselves,” Gat says. “Time away from the hustle and bustle is important to all of us, but having that time to day dream and rest may be a significant theme in a 12th house moon’s life. They may be quite creative and intuitive.”

When one of the luminaries like the moon is placed in the 12th house, there is an ability to pick up on other people’s energy. “They may be very conscious about boundaries due their experiences of people who have lacked them, or if they had lacked them earlier in life,” Gat says. “As a 12th house Leo Moon, they may be extremely sensitive to other people’s feelings, and may have had to learn about how to set limits.”

Leo is an incredibly creative and expressive sign that finds fulfillment through expression of self. Tapping into their creative side via art, writing, pottery, dance, poetry, or any other creative pursuit can be a healing experience. “As much as Leo Moon loves to be spoiled and adored, they have a far greater urge to create as well as to protect and maintain,” Gat writes in The Moon Sign Guide (Chronicle Books). “They are a fixed sign and creating a life where love endures and their talents are appreciated is a high priority for them.”

When the moon moves through your 12th house, you may feel called to spend more time alone. This is a reflective period and you may need more physical rest. Sometimes when the moon moves through the final house of the zodiac, we are wrapping something up or processing a type of loss or closure. This will also amplify our needs for restorative care.

What is Leo energy?

Leo energy is expressive and entertaining. Leos are ruled by the sun, meaning they’re not one to shy away from the spotlight. They’re known for their love of attention and compliments, but are also the first ones to cheer on their loved ones. Leos can be stubborn and dramatic, but they have incredibly big hearts and are loyal to those they love.

When does Leo season end?

It can change from year to year, but typically Leo season ends on August 22 and the sun enters Virgo on August 23.