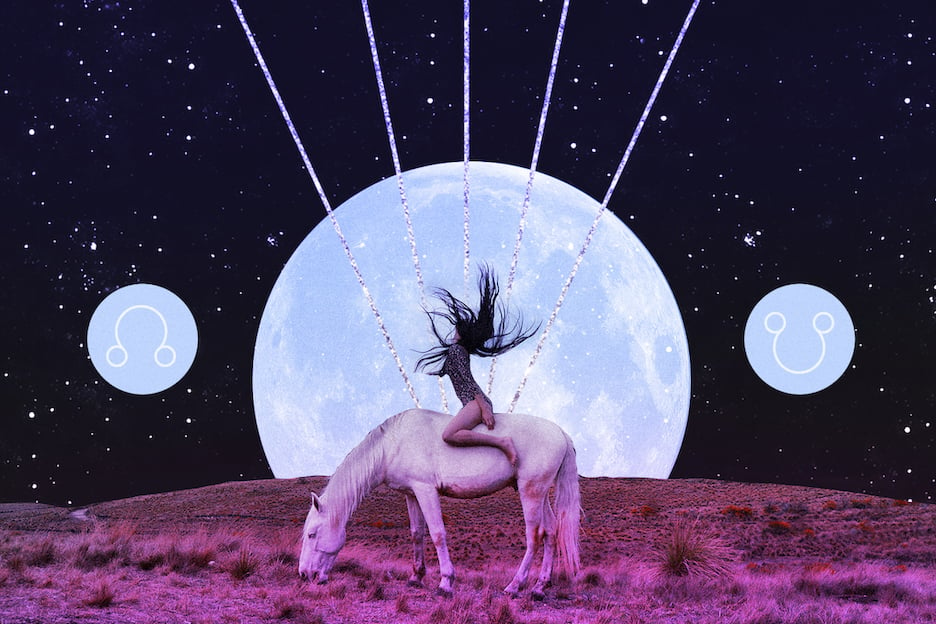 The North Node, or “True Node,” is a point in your birth chart that reflects the moon’s nodes and represents where you’ll learn life lessons.

The North Node represents where the lunar nodes were at the time that you were born. So, it is not a physical celestial body like Mars or Jupiter. But even so, the North and South Nodes in the birth chart are extremely important.

According to astrologer Lauren Ash, the North and South Nodes act as spiritual snapshots of what once was, and what’s to come. “Unlike the planets and luminaries in your chart that show the snapshot of your personality as it is now,” she explains, “your North Node and South Node together show a glimpse into your karmic cycles, spiritual growth, and past lives.”

So, why does the moon have two nodes? What’s the difference between the two?

In fact, the North and South Nodes shouldn’t be considered as separate entities. Sitting directly opposite one another in the sky, they work together to form a complete picture. They are symbolic of two halves of our karmic imbalance, according to Ash. One side represents what we’re growing from, and the other represents what we’re growing into. That’s why they are often called the “Nodes of Destiny.”

Your North Node represents what you’re growing into. “The zodiac sign, house, and aspects to your North Node will show the kinds of experiences we’ll be placed in throughout our life in order to grow spiritually,” says Ash. This type of energy is not something you’re born with, but will have to grow into as you age.

Your South Node represents the kind of person that you’re leaving behind. While the energy of the South Node represents where we naturally excel, Ash reminds us that they are natural talents that we use to step into our North Node destiny. “The energy of the South Node can also show the areas where we fallback too often or can overindulge,” she warns. “Growth takes risk and discomfort—so, it’s crucial that you don’t rest on the skills of your South Node at the expense of developing your North Node.”

The “True Node” is a synonym for the North Node. While they have slightly different definitions, they are often used to represent the same thing.

The symbol for the North Node looks like an upside-down horseshoe with circles on the ends of it.

Ash gave us some keywords for each North Node placement:

What is my North Node?

You can find out your North Node sign by checking out your birth chart.

Is your North Node your ascendant?

The North Node is not the ascendant (rising sign). They are two separate entities in your birth chart and reflect different aspects of your personality.

How do you find the North and South Nodes in your birth chart?

Locate the little horseshoes with circles on the ends. They will face different directions, on opposite sides of your natal chart.

What does it mean when the North Node is retrograde?

Honestly, nothing. “There’s no cause for alarm if your North or South nodes are retrograde,” Ash assures. “In fact, depending on the calculation system you use, the North Node and South Node are nearly always retrograde.”

7th House Stellium: Meaning, Synastry, How to Find It

What Does Sextile Mean? An Astrologer Explains