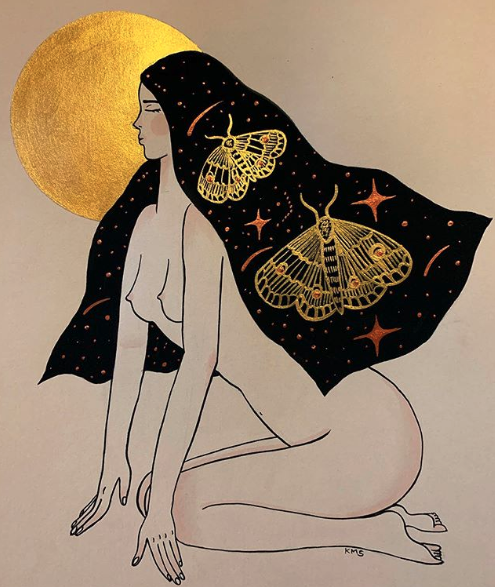 Astrology has a long history and tradition of use as a magical aid. In fact, astrology, alchemy, and magic were originally seen as three related or “sister” arts that were practiced together. Some traditional sources for astrological magic include the Arabic compendium known as Picatrix and Agrippa’s Three Books of Occult Philosophy. Two of the most basic conditions for magical activity are that a planet either be in one of its “dignities,” the signs or other zones where it has heightened powers, or the planet can be in conjunction with a powerful fixed star. I have identified five transits of 2020 which best meet these two conditions.

Read me: Channel the Magic of 2020 with Winter’s Most Powerful Transits

Capricorn is considered to be one of Saturn’s two domiciles or home signs, and this gives full access to all its natural powers which include structure, organization, and long-term planning. Additionally, Saturn is in its own bounds—a smaller division of the sign where it has the autonomy to define the terms, limits, and rules of engagement. These two dignities enable Saturn to avoid being overpowered by Pluto, and its connections with death, rebirth, and transformation. We’ll still be transformed, but we’ll have access to resources that will make it easier to channel this energy positively, and we’ll be able to define the limits of where we’re ready, willing, and able to transform.

With the sun nearby and in the decan or ten-degree segment of Capricorn—which it rules—this gives further magical power. The Tarot card associated with the sun in the third decan of Capricorn is the Four of Pentacles. Known as “the Lord of Earthly Power” in Book T of the Golden Dawn, this card suggests the possibility of material gain and success. By combining the glyphs of Pluto and Saturn on this card, we can create a magical talisman to help us access the deeper magic of this alignment.

Bright Venus in Taurus with the Crescent Moon—March 27 & 28

Venus rules Taurus and thus has the power of granting resources in this sign. Venus will also be nearing the end of her seven-month journey toward maximum brightness as “evening star.” Speaking of stars, Venus is approaching Algol—one of the most magical stars in the sky. Algol is not only a protective star par excellence—it also grants success to petitions.

On March 27, the moon is in the decan or ten-degree segment of Taurus that she rules, and this corresponds to the Six of Pentacles in the Tarot. Known as the “Lord of Material Success” in Book T of the Golden Dawn, this card shows that petitions for material assistance are likely to be successful at this time. As the moon joins Venus nearer Algol during the morning of March 28, it would be a good time to ask for protection. Images and symbols of Medusa may even be consecrated as magical shields as these two planets rise. Finally, on the evening of that same day, the moon will be near the Pleiades, a star cluster known for granting insight into secret and hidden things—like occult wisdom.

Mars in the first decan of Aries—June 27-July 15

Mars is the domicile ruler of the sign of Aries, giving extra power and resources to martial activities. Additionally, Mars is culminating overhead as the sun rises. This combination of diurnal/yang energy is especially intense and can be used to break through limits, barriers, and overcome obstacles. But care should be taken so that things don’t get out of hand because Mars could easily become destructive here if used without any restraint at all. Mars also rules the first decan of Aries, and the related Tarot card for this placement is the Two of Wands. Known as the “Lord of Dominion” in Book T of the Golden Dawn, this card suggests placing your staffs in the ground and claiming new territory. Ideally, this position gives the courage to attempt and the drive to accomplish something that simply hasn’t been done before. Whether it is a personal or collective best sought after, it is time to aim higher and travel farther than before. 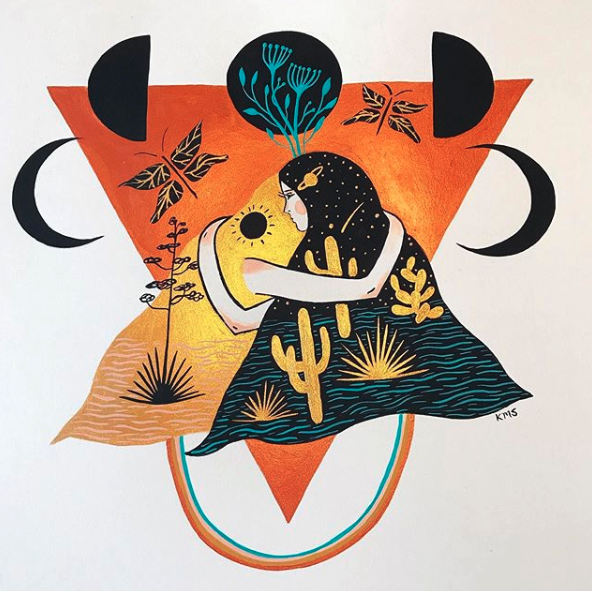 When Perseus cut off the head of Medusa, tremendous energy was liberated. From her blood were born the magical beasts Pegasus and Chrysaor. Perhaps it should not be a surprise then that one of the brightest meteor showers of the year originates from the constellation Perseus, who still holds Medusa’s head—symbolized by the magical star Algol.

For astronomers, a bright moon at this time is unfortunate because it makes all but the brightest meteors hard to see. But for magicians, the moon’s conjunction to Algol during this year’s peak of the Perseid meteor shower is a boon. Being closest to Earth of all the celestial bodies, the moon’s presence is necessary to beckon the starry spirits to bless magical ceremonies—making this year a special opportunity for crafting Algol talismans to hold Medusa’s font of magic. At the very least, be sure to wish on a falling star, as Algol is said to grant successful petitions!
Read me: Real Witches Share 6 Spells That Actually Work!

The second syzygy of three for October occurs less than one-quarter degree away from one of the most benefic stars in the heavens. Lovely blue Spica is the alpha star of the Virgo constellation and symbolizes the gift of agriculture from the great Goddess Demeter. Similarly, Medieval and Renaissance era magicians saw this star as conferring riches, overcoming contentions and taking away scarcity and mischief. Though not without some tension and obstacles—signified by the squares to planets in Capricorn—because of the superior position of the luminaries, seeds planted at this time bear the promise of a most bountiful harvest.

The second full moon of October occurs on the eve of the neo-pagan holy day of Samhain. Known as a “cross-quarter” holy day, the sun and moon are near to the midpoint between the equinox and solstice—lending both worldly and spiritual power. The full moon is in its sign of exaltation, thus conferring the power of honors, respect and esteem and increasing glory and influence. Additionally, the full moon is conjunct Uranus, a modern planet associated with modern technology (being the first planet discovered via a telescope) but also with the unusual or extraordinary (we won’t see another full moon conjunct Uranus on Halloween for at least 84 years). Occult operations definitely fall under the category of extraordinary, making this an unusually magical Halloween—perhaps one remembered for many years.

Gary P. Caton is a transdisciplinary astrologer who maintains an active sacred relationship with the living Sky as his temple. Initiated an astrologer by a magnificent dream in 1993, Gary is the author of Hermetica Triptycha: The Mercury Elemental Year, and host of the popular Hermetic Astrology Podcast. Catch Gary online at www.DreamAstrologer.com.
Art by Kallen Mikel Art